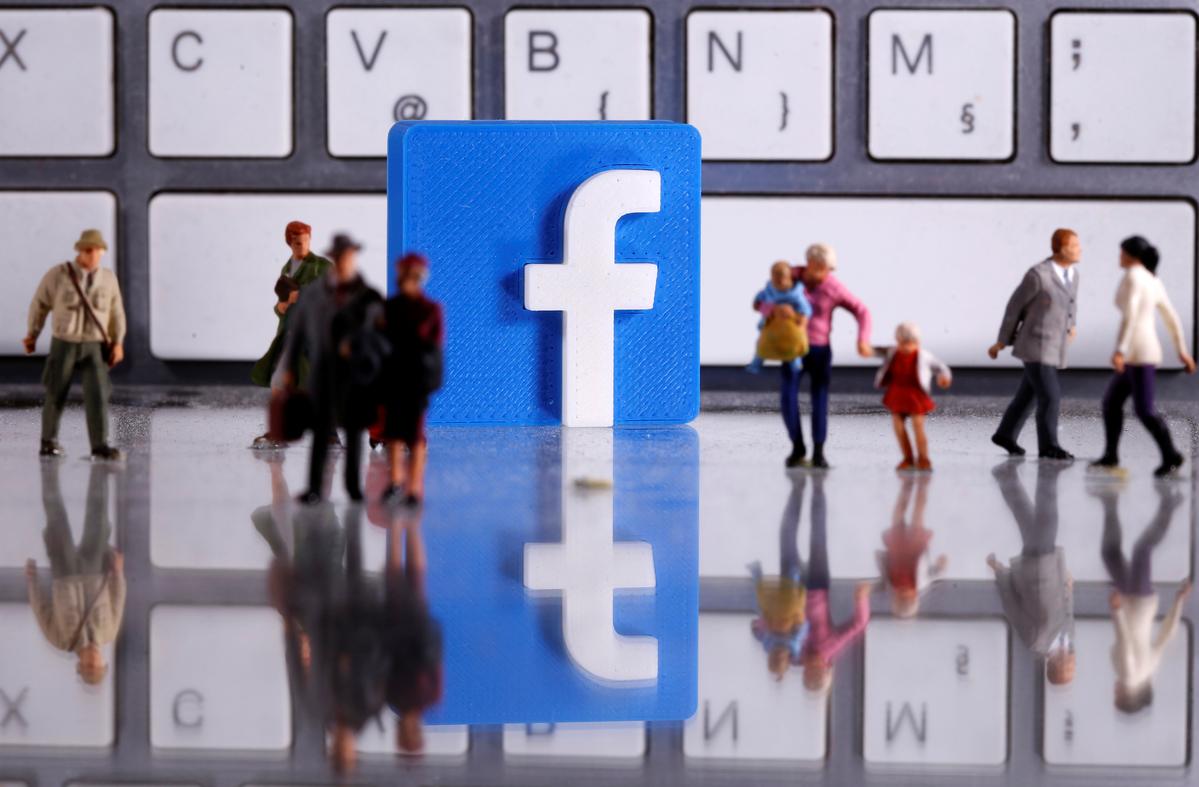 BENGALURU (Reuters) – Facebook (FB.O) will spend $5.7 billion to take just under 10% of Reliance Industries’ (RELI.NS) digital unit, seeking to roll out services for India’s grocers and other small businesses by capitalising upon WhatsApp’s already extensive reach within the country.

FILE PHOTO: A 3D printed Facebook logo is placed between small toy people figures in front of a keyboard in this illustration taken April 12, 2020. REUTERS/Dado Ruvic/Illustration

The stake in Jio Platforms, Facebook’s biggest acquisition since it bought WhatsApp for $22 billion in 2014, will help Reliance slash away at a heavy debt load incurred as it expanded aggressively into telecoms and retail. Shares in the country’s biggest conglomerate soared 12% on the news.

Under the deal, Reliance’s online retail unit JioMart will work together with WhatsApp, which counts India as its largest market with 400 million users, to connect business owners with their customers.

“In the near future JioMart…and WhatsApp will empower nearly 30 million small Indian kirana (grocery) shops to digitally transact with every customer in their neighborhood,” Mukesh Ambani, Reliance’s CEO and Asia’s richest man, said in a video statement.

But kirana stores are largely untapped and unorganized in terms of e-commerce despite forming the backbone of the country’s grocery and food retail industry, worth some $375 billion annually according to the Retailers Association of India.

Services will also be offered across all types of businesses, with Mark Zuckerberg noting in a Facebook post that India has more than 60 million small businesses.

Though few details were given on what sort of digital services would be offered, the deal could eventually include e-payment services, analysts said.

“Both Jio and Facebook want to tap feature phone users; both have been trying to tap payments and both want to increase grassroots adoption,” said Tarun Pathak, associate director at Hong Kong-based Counterpoint Research.

WhatsApp has been running a pilot programme in India for its payments platform for nearly two years although it has yet to receive approval due to disagreements with the government over where data should be stored.

Facebook India Managing Director Ajit Mohan said on a call with reporters that the collaboration with Jio was not meant to be exclusive.

The deal for 9.99% of Jio Platforms, which houses the telecoms unit Jio Infocomm as well as other news, movie and music apps, gives Jio Platforms an enterprise value of about $66 billion, Reliance said.

It also provides Reliance with some breathing room as its core oil and gas businesses suffer due to a slump in demand amid the coronavirus pandemic.

“With crude prices where they are, the main oil and gas business will be under pressure. (The Facebook deal) allows them to cut some debt, and also establish a valuation for the Jio business,” said Rusmik Oza, executive vice president at Kotak Securities.

Analysts at Credit Suisse said the transaction will put Reliance on course to be net debt-free by March 2021, compared with a net debt level of 1.53 trillion Indian rupees ($20 billion) as of end-December.

Reliance took on swathes of debt after Jio Infocomm entered India’s crowded mobile market in late 2016 offering free voice calls and cut-price data which helped it build a massive consumer base and push rivals out of business.

Reliance said Morgan Stanley acted as financial adviser on the deal while AZB & Partners and Davis Polk & Wardwell acted as legal counsel. Sources familiar with the matter said Facebook was advised by Bank of America. Facebook did not immediately respond to a request for comment.