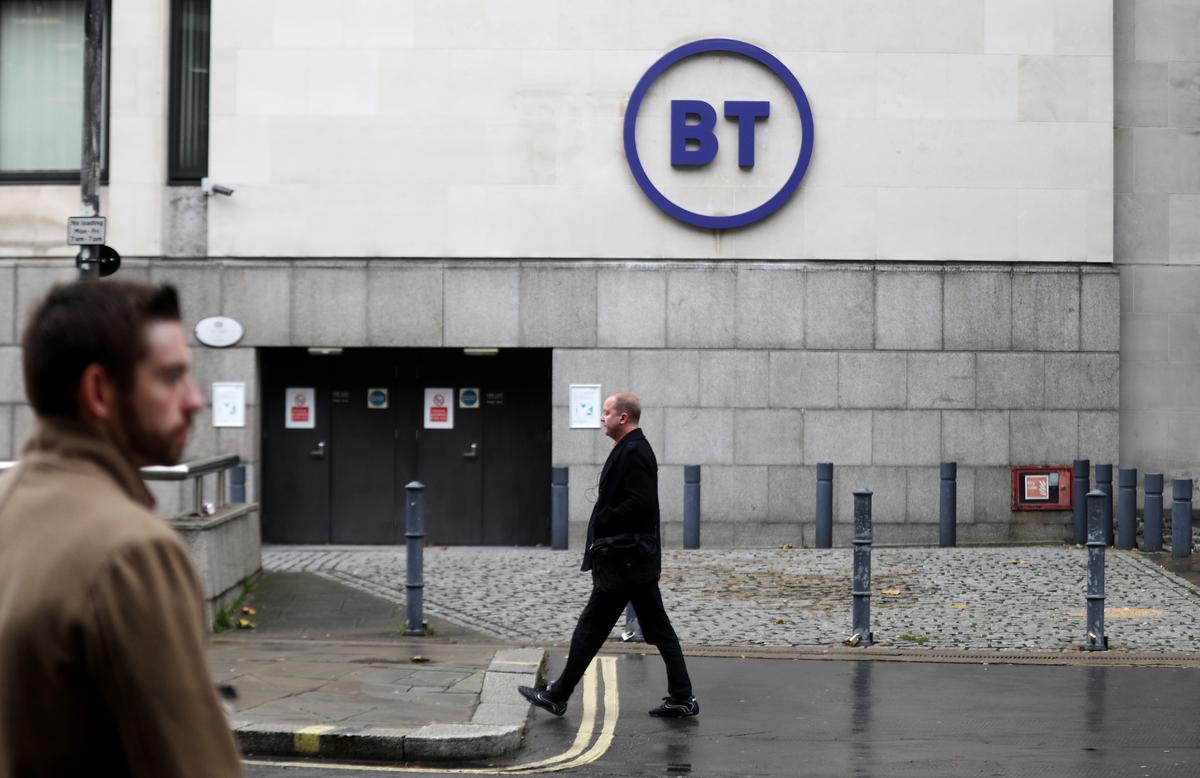 (Reuters) – Britain’s opposition Labour Party says if it wins the Dec. 12 election it will nationalise BT’s (BT.L) broadband network and provide free internet for all within a decade, a radical election pledge to roll back decades of private ownership.

WHAT LED TO THIS?

The UK’s biggest broadband and mobile phone provider was the flagship of Conservative Prime Minister Margaret Thatcher’s policy of selling state-owned assets, a political revolution that she said would improve efficiency and “spread the nation’s wealth among as many people as possible”.

The 1984 privatisation was three times oversubscribed and made millions of Britons shareholders for the first time.

But it failed to trigger much competition as the company kept its grip on the British telecoms market until the widespread adoption of mobile in the nineties and home broadband in the following decade.

Regulator Ofcom made BT “unbundle” parts of its network, and the company created a fixed-line network arm called Openreach in 2006 to offer access to competitors. That led to pay-TV company Sky (CMCSA.O) and new entrants like TalkTalk (TALK.L) becoming major broadband providers.

WHY DOES THE BROADBAND NETWORK NEED OVERHAULING?

Customers, rivals and the regulator had criticised BT for poor service and a lack of ambition in upgrading its network to fibre, where fibre optic cable instead of copper is used to connect homes to the network. It has also spent billions of pounds on sports rights.

A full-fibre network could offer speeds of 1 Gigabit a second.

Some 95% of premises have access to speeds above 30mbps through BT’s hybrid copper-fibre roll-out but some homes and businesses – known collectively as premises – in rural areas and in some pockets in major cities, have internet speeds of less than 10 Mbps on BT’s ageing copper connections.

Fewer than 10% of British premises have access to full-fibre broadband, according to Ofcom, far behind countries like Spain, Europe’s fibre leader, which plans to have 100% 300 Mbps fibre broadband by 2021.

WHAT ARE THE ALTERNATIVES TO LABOUR’S PLAN?

Conservative Prime Minister Boris Johnson has promised full-fibre broadband to all homes by 2025.

BT CEO Philip Jansen aims to recast the company as the national champion the country needs to upgrade communications for consumers and businesses.

He said BT is ready to accelerate a fibre broadband roll-out that reaches a home or a business every 26 seconds, as long as the government and the regulator create conditions that allow it to make a fair return.

But he said last month Johnson’s pledge would be “extremely difficult” to achieve.

BT’s full-fibre network will reach 4 million premises by 2021, and it has plans to reach 15 million by the mid-2020s if it stacks up commercially.

WHAT ARE THE FLAWS OF LABOUR’S PLAN?

Labour is lagging the Conservatives in opinion polls and investors do not expect Labour to win the election, but the proposal creates unwelcome uncertainty for BT, its shareholders and rivals, which use the Openreach network.

Deutsche Telekom (DTEGn.DE), which has a stake of just over 12%, declined to comment.

Analysts questioned whether the estimated budget of 20 billion pounds was realistic.

Costs in densely populated towns and cities have fallen to 300-400 pounds per premise.

However, capital expenditure per premise passed can skyrocket to close to 2,500 pounds in more rural areas, Neil Campling, analyst at Mirabaud said.

Tackling the final 10% of predominantly rural premises may require “additional funding” of up to 5 billion pounds to support commercial investment, he said.

Reporting by Paul Sandle in Barcelona; Additional reporting by Douglas Busvine in Barcelona, Edward Taylor in Frankfurt and Benoit van Overstraeten in Paris; Editing by Josephine Mason and Frances Kerry