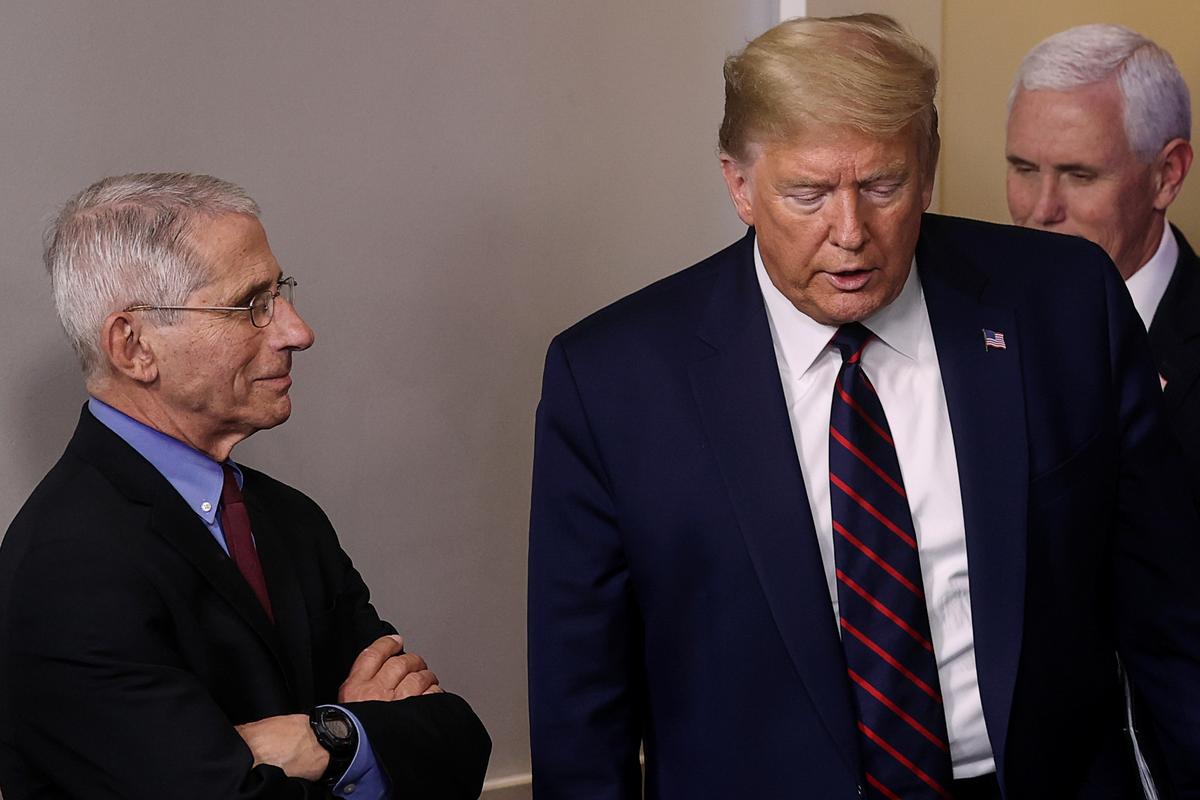 WASHINGTON (Reuters) – Experts on the White House coronavirus task force persuaded President Donald Trump that a travel advisory was preferable to the strict quarantine he was considering for the hard-hit New York area to limit the spread of the pathogen, officials said on Sunday.

Trump had said on Saturday afternoon he might impose a ban on travel in and out of New York state and parts of New Jersey and Connecticut, the epicenter of the health crisis in the United States, drawing protests from governors including Andrew Cuomo of New York.

Hours later Trump dropped the idea, advocating a strong travel advisory instead, as was then announced by the U.S. Centers for Disease Control and Prevention.

“We had very intensive discussions last night at the White House with the president. As you know, the original proposal was to consider seriously an enforceable quarantine,” said Dr. Anthony Fauci, director of the National Institute of Allergy and Infections Diseases.

“After discussions with the president, we made it clear, and he agreed, that it would be much better to do what’s called a strong advisory,” Fauci said on CNN’s “State of the Union.”

Fauci said enforcing a quarantine could create more difficulties for people and the same goal could be accomplished with an advisory.

“I think the president wanted to consider all the options. He was obviously concerned what was going on with New York,” Mnuchin said in an interview with “Fox News Sunday.”

Trump also spoke with the state governors and “he was comfortable that people would take this advisory very seriously, and would not travel,” Mnuchin added.

Cuomo said he supported the travel advisory and that the advice was “nothing that we haven’t been doing” already.

Dr. Deborah Birx, a member of the task force, said that “we are asking every single governor and every single mayor to prepare like New York is preparing now.”

“No state, no metro area will be spared,” Birx said on NBC’s “Meet the Press” program.

Since the virus first appeared in the United States in January, Trump has vacillated between playing down the risks and urging Americans to take steps to slow its spread.

Officials have tamped down what Vice President Mike Pence has called Trump’s “aspirational” goal of re-opening the U.S. economy by Easter on April 12.

For a graphic on the coronavirus in the United States, see here

Reporting by Doina Chiacu; Editing by Lisa Shumaker and Will Dunham