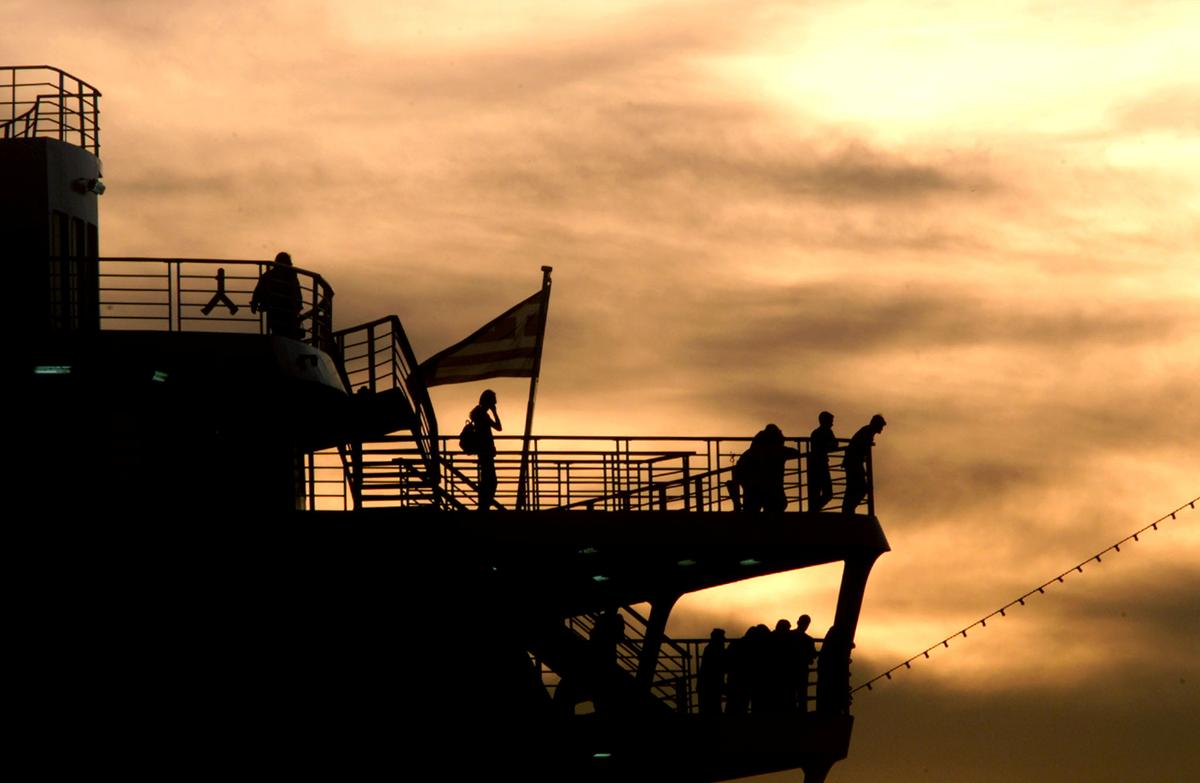 FILE PHOTO: Passengers are silhouetted on a deck of a ship at the port of Piraeus in Athens during a spectacular sunset May 15, 2002.REUTERS/Yiorgos Karahalis/File Photo

WASHINGTON (Reuters) – The United States is considering ways to discourage U.S. travelers from taking cruises as part of a broader Trump administration effort to limit the spread of coronavirus, according to four officials familiar with the situation.

The officials, who asked to remain anonymous, said no decision has been made. The discussions are taking place ahead of a meeting between Vice President Mike Pence, who is in charge of leading the U.S. response to the coronavirus, and the cruise industry this weekend.

The administration could advise some or all U.S. travelers to temporarily avoid taking cruises in the face of a growing number of coronavirus cases on cruise ships, officials said.

Earlier this week the Grand Princess ocean liner, owned by Carnival Corp, was barred from returning to its home port of San Francisco on coronavirus fears after at least 20 people aboard fell ill.

Shares in Royal Caribbean Cruises, Carnival and Norwegian Cruise Line Holdings have fallen around 50% since January.

The Cruise Lines International Association said this week cruise lines would take steps to limit coronavirus concerns, denying boarding to all persons who had traveled from hotspots including South Korea, Iran, China and parts of Italy. The group also said cruise lines would conduct illness screening for U.S. citizens who have recently visited those destinations.