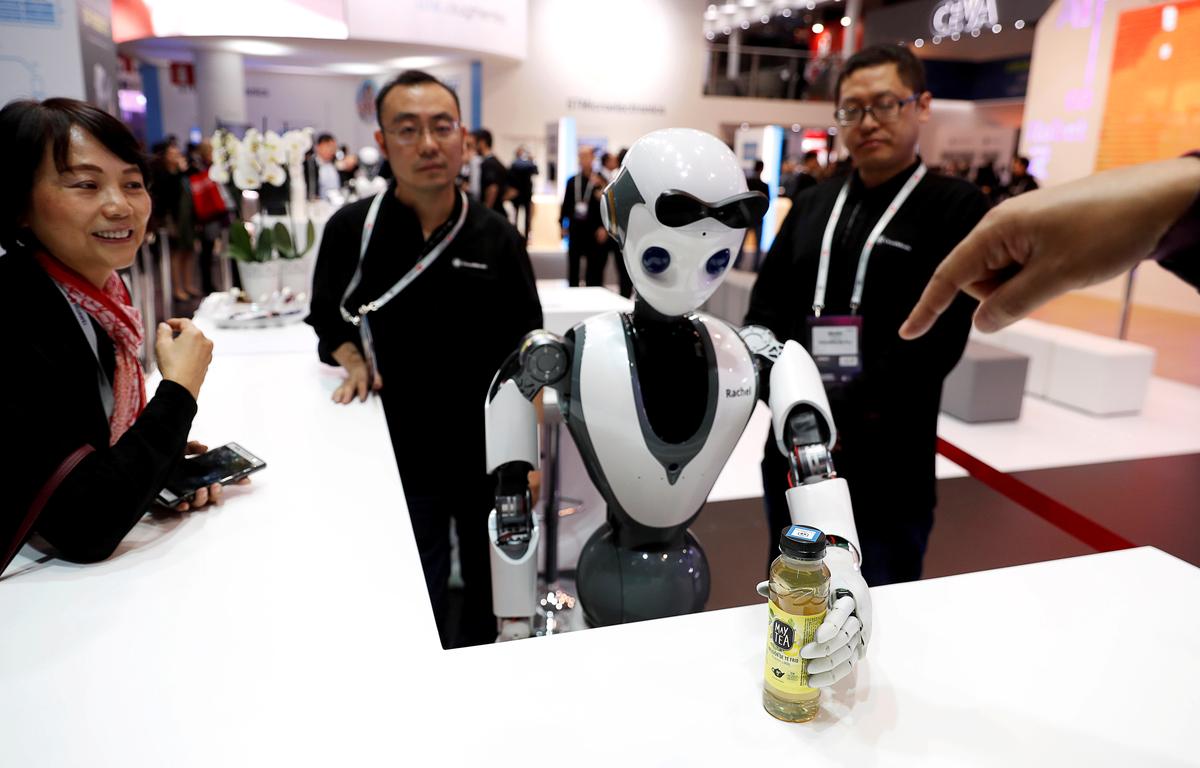 The U.S. Commerce Department sent a letter in July informing CloudMinds it could not transfer technology or technical information – even software bugs – from its U.S. unit to its offices in Beijing without licenses, according to a company training video and internal communications reviewed by Reuters.

The provider of cloud-based systems for robots learnt of the sweeping restrictions – reported here for the first time – just as it was wooing ultimately unconvinced investors for a proposed U.S. initial public offering (IPO).

No licenses have been issued, said a person with knowledge of the matter, declining to be identified because the information is not public.

“CloudMinds could not even export office furniture or iPhones from the U.S. to China at this time without a license,” said Washington attorney Douglas Jacobson, an export controls and sanctions expert, after Reuters detailed its findings.

The development highlights risks that an ongoing technology war between the United States and China pose for investors such as Japan’s SoftBank Group Corp (9984.T) as well as its $100 billion Vision Fund, which is already reeling from two quarters of loss as portfolio company valuations fall.

SoftBank’s numerous China-linked investments include Bytedance – operator of social media app TikTok – which has drawn scrutiny for the safety of the personal data it handles, and artificial intelligence firm SenseTime, which the U.S. added to its trade blacklist in October.

The letter sent to CloudMinds – founded by a former research whiz at state-owned telco China Mobile Ltd (0941.HK) – also demonstrates how the U.S. is responding to what it sees as aggressive efforts to obtain U.S. technology by any means.

The restrictions dictated by the Commerce Department’s Bureau of Industry and Security (BIS) encompass an array of goods and can even forbid Chinese nationals working for the company in the United States from accessing U.S.-origin technology.

In general, such sanctions are based on national security or foreign policy concerns.

CloudMinds “is fully committed to export control compliance and is taking appropriate steps to ensure compliance with BIS requirements,” it said in a statement.

A Commerce Department spokesman said he could neither confirm nor deny any letter was sent.

CloudMinds is largely run by Chief Executive Bill Huang, his wife Minnie and their family, said three people with knowledge of the company. It operates a cloud-based service to run robots such as a version of Pepper, a humanoid robot capable of simple communication built by the firm’s largest investor with a 35% stake, SoftBank. SoftBank CEO Masayoshi Son has a close relationship with Huang dating back to the Chinese businessman’s days at SoftBank supplier UTStarcom, said one of the people. SoftBank declined to comment.

CloudMinds filed for an IPO last year, revealing it lost almost $100 million on $148 million in revenue in the six months to June. The filings, in July and September, outlined general risk factors including the possibility of trade restrictions. They made no mention of the Commerce Department letter.

The U.S. Securities and Exchange Commission declined to comment.

CloudMinds has since begun shutting down its main U.S. office in Silicon Valley earlier this year and slashed its workforce as it burns through cash, Reuters reported in January.

CloudMinds did little to change its approach to technology transfer in the months following the July letter, one of the people said. In the training video, recorded in November, employees expressed surprise and confusion over how to operate under the restrictions, which encompass even simple technical information.

Unlike companies on the U.S. Department of Commerce’s so-called entity list – such as Chinese telecommunications equipment maker Huawei Technologies Co Ltd [HWT.UL] – CloudMinds does not face a broad ban on doing business with U.S. firms.

But penalties for not complying with the restrictions between CloudMinds’ U.S. and Chinese entities are severe, including civil fines from $300,000 per violation and criminal fines from $1 million or imprisonment where Commerce Department prohibitions are knowingly breached.

“There has not been any allegation by BIS that CloudMinds has not complied with U.S. export controls,” the startup said in its statement.

CloudMinds still aims to build a U.S. market for Cloud Pepper, an enhanced, cloud-connected version of Pepper. The new robot is not yet fully commercialized, requires significant human intervention, and has struggled to attract overseas customers, people with knowledge of the matter previously told Reuters.

Reporting by Sam Nussey in Tokyo and Karen Freifeld and Nathan Layne in New York; Editing by Jonathan Weber and Christopher Cushing