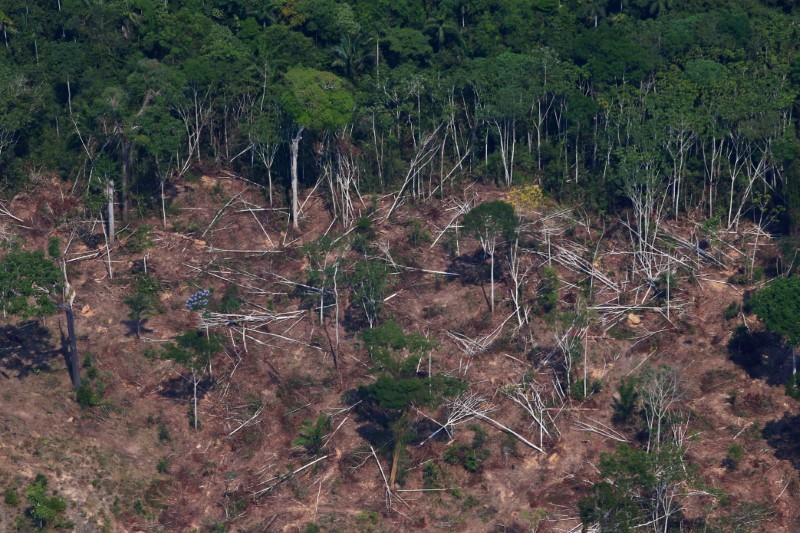 BRASILIA (Reuters) – Brazil will cut back on efforts to fight environmental crimes during the coronavirus outbreak, an official at environmental agency Ibama told Reuters, despite concerns that reduced protection could lead to a spike in deforestation.

Ibama Director of Environmental Protection Olivaldi Azevedo said the outbreak has left him little choice but to send fewer enforcement personnel into the field because of the highly contagious virus.

He estimated that one-third of Ibama’s field operatives are close to 60 years old or have medical conditions that put them at greater risk for severe symptoms of the virus.

Ibama has not hired new agents in years because of government budget cuts and its ranks are rapidly aging.

“There’s no way you can take these people who are at risk and expose them to the virus,” Azevedo said. “There is no choice between one thing and the other. It’s an obligation.”

Two sources at Ibama, who were not authorized to speak to the media, said rank-and-file field agents are worried about their own health and the risk they could spread coronavirus to the rural regions where they operate.

Deforestation experts said that while health concerns must be a top priority, the policy may have grave environmental consequences.

“Weakening enforcement definitely means a greater risk of deforestation for obvious reasons,” said environmental economist Sergio Margulis, author of a paper on “Causes of Deforestation of the Brazilian Amazon.”

The additional risk comes in the wake of soaring deforestation and a spike in fires in Brazil’s Amazon rainforest after right-wing President Jair Bolsonaro took office in January 2019, sparking global outcry that he was emboldening illegal loggers, ranchers and land speculators.

Brazil is home to roughly 60% of the Amazon, the world’s largest tropical rainforest, which absorbs vast amounts of greenhouse gases that cause climate change.

Bolsonaro has defended development plans for the Amazon region by arguing that they are the best way to lift more Brazilians out of poverty. But the spike in deforestation threatens to derail a South American free trade deal with Europe and hurt exports.

In a decree last week, Bolsonaro defined environmental enforcement as an essential service during the coronavirus pandemic, allowing Ibama to keep sending agents into the field.

But Azevedo said even essential services, such as health care and police, must be cut back to protect at-risk workers.

The most important operations will be prioritized, while some areas will need to be cut back, Azevedo said, adding that protecting the Amazon is a priority.

“There won’t be a reduction in enforcement agents in the Amazon,” he said, predicting some parts of the rainforest may even see falling deforestation.

One of the Ibama sources said the agency will set up the same number of field bases in the Amazon as originally planned.

Ibama sources said the pandemic presented more logistical challenges given that many hotels and restaurants are closed and flights have been canceled en masse.

Azevedo said that while agents can still choose to fly, Ibama is allocating vehicles and prioritizing ground transportation to reduce the risk of contagion.

Some agents drive for days to reach their assignments in the Amazon, one of the sources said.

Researchers agree that reduced enforcement allows for more deforestation. However, a deep recession triggered by the pandemic could create rising unemployment, which can boost criminal activity, but also depress prices for illegally acquired wood and land.

Paulo Barreto, a senior researcher for non-profit Amazon institute Imazon, said it was impossible to predict the reaction of criminals, who are hard to study. Commodity prices remain high and a weakening Brazilian real currency means farmers are seeing greater profits for their exports. Demand to clear new land for farming therefore remains strong, he said.

Illegally clearing and selling land is inherently speculative, so Barreto said criminals may still deforest with the hope of impunity, then sit on the land until they can sell.

Deforestation was already up 71% from a year earlier in January and February, according to preliminary government data, and researchers will be watching March and April data closely.

“My guess is that deforestation will not go down,” said Carlos Nobre, an earth systems scientist at University of Sao Paulo.