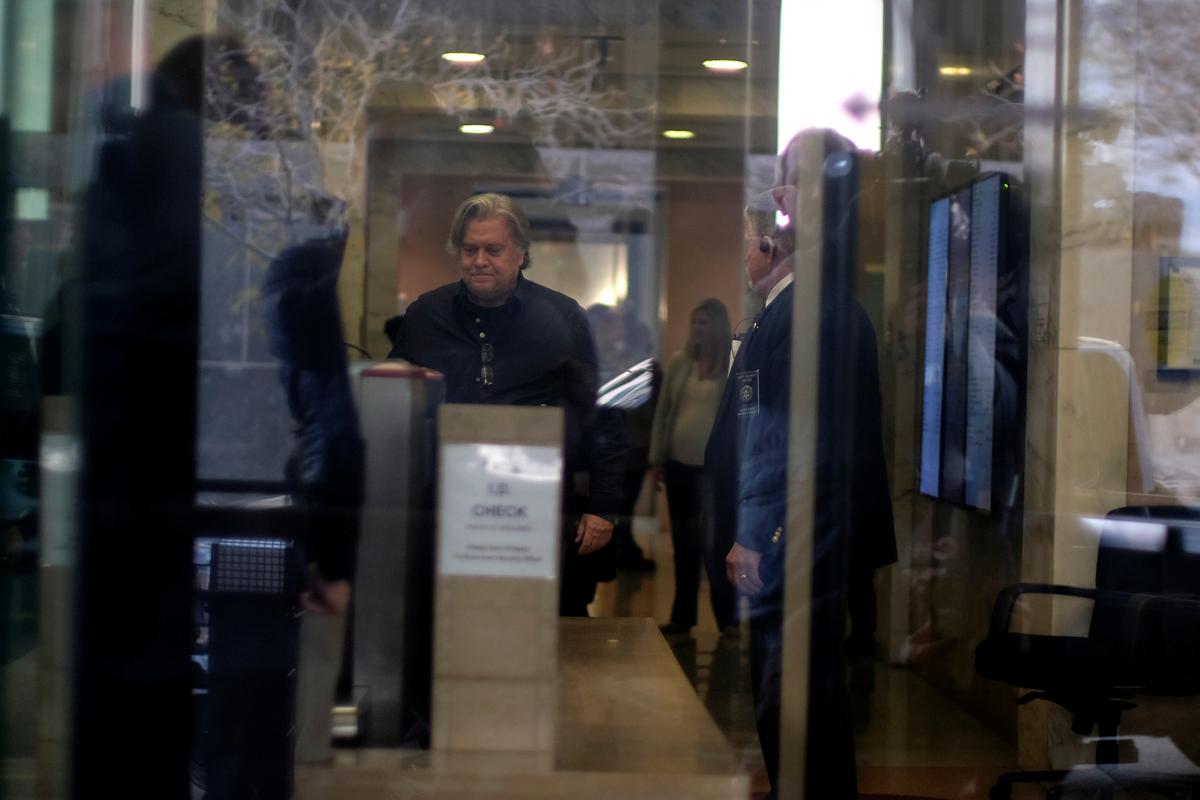 Bannon appeared, wearing all black, to answer questions about Stone – a self-described “dirty trickster” and “agent provocateur” – who has pleaded not guilty to charges of obstructing justice, witness tampering and lying to the U.S. House of Representatives Intelligence Committee.