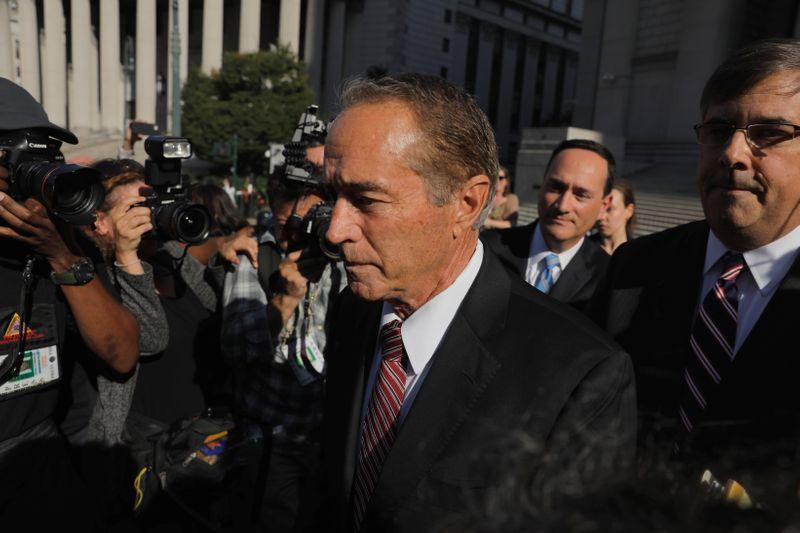 WASHINGTON (Reuters) – Former U.S. Representative Chris Collins of New York, his son and an associate settled insider trading charges with the Securities and Exchange Commission, the agency said in a statement on Monday.

The settlement bars Collins, an early backer of President Donald Trump, from serving as an officer or director of a public company. It requires his son, Cameron Collins, and associate Stephen Zarsky to disgorge the losses they avoided as a result of their insider trading, $634,299 and $159,880, respectively.

Chris Collins pleaded guilty in a New York City court to charges of conspiracy and making false statements to investigators in October, the day after he resigned his seat in the U.S. House of Representatives.

Reporting by Chris Prentice in Washington; Editing by Matthew Lewis