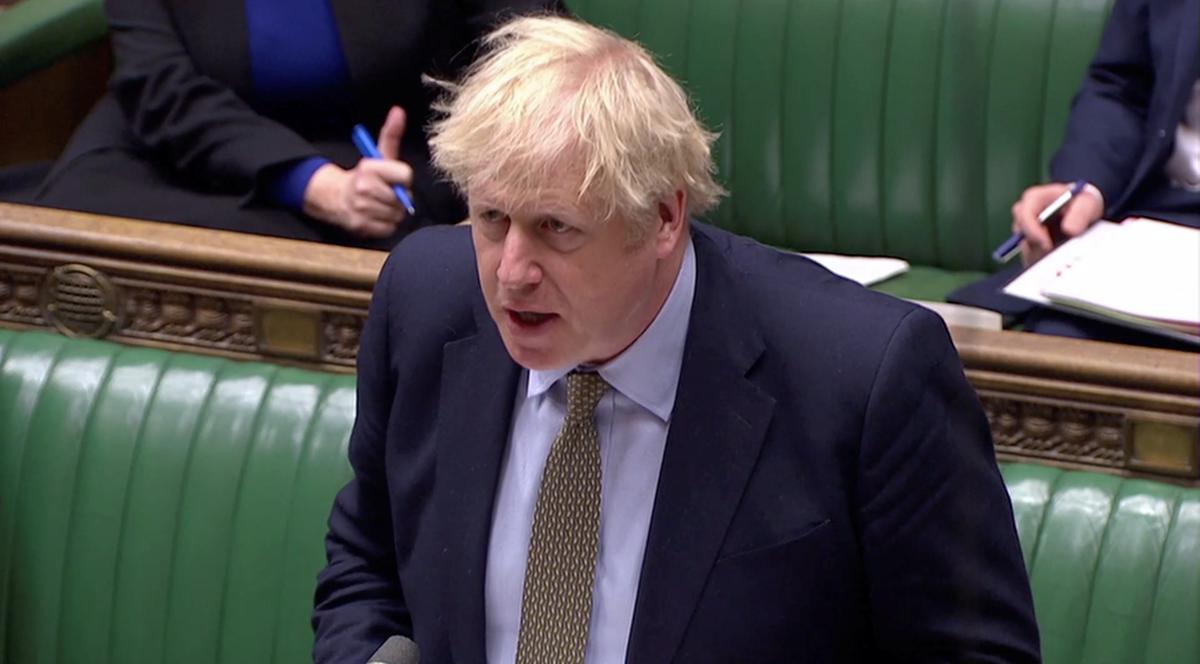 LONDON (Reuters) – British Prime Minister Boris Johnson said on Wednesday his government would bring forward new measures to support workers and protect private renters from being evicted from their homes because of coronavirus.

Johnson also said Britain was stepping up testing for coronavirus to 25,000 a day. The health ministry later said the government aimed to get to that point within four weeks.

“We will be bringing forward further measures to ensure that every worker receives support throughout this difficult period,” Johnson told parliament.

Asked about the possibility of introducing a temporary universal basic income, Johnson said: “Of course that is one of the ideas that will certainly be considered.”

Johnson’s spokesman said the government was working with trade unions and business groups to “urgently develop the most effective support for people’s incomes and jobs”.

He said the priority was to come up with a solution that could be deployed quickly and reach the right people, including through the current welfare system.

Setting out details of additional testing, the health ministry said the testing would take place within hospitals, with highest priority cases taking precedence.

As of Wednesday morning, Britain had tested more than 56,000 people, 2,626 of whom tested positive for coronavirus.

The government also hopes the industry can develop a “point-of-care” swab test for use outside of hospitals, so people with suspected symptoms can quickly find out if they have coronavirus.

“Radically ramping up testing for coronavirus is a key part of our plan to protect lives,” health minister Matt Hancock said in a statement.