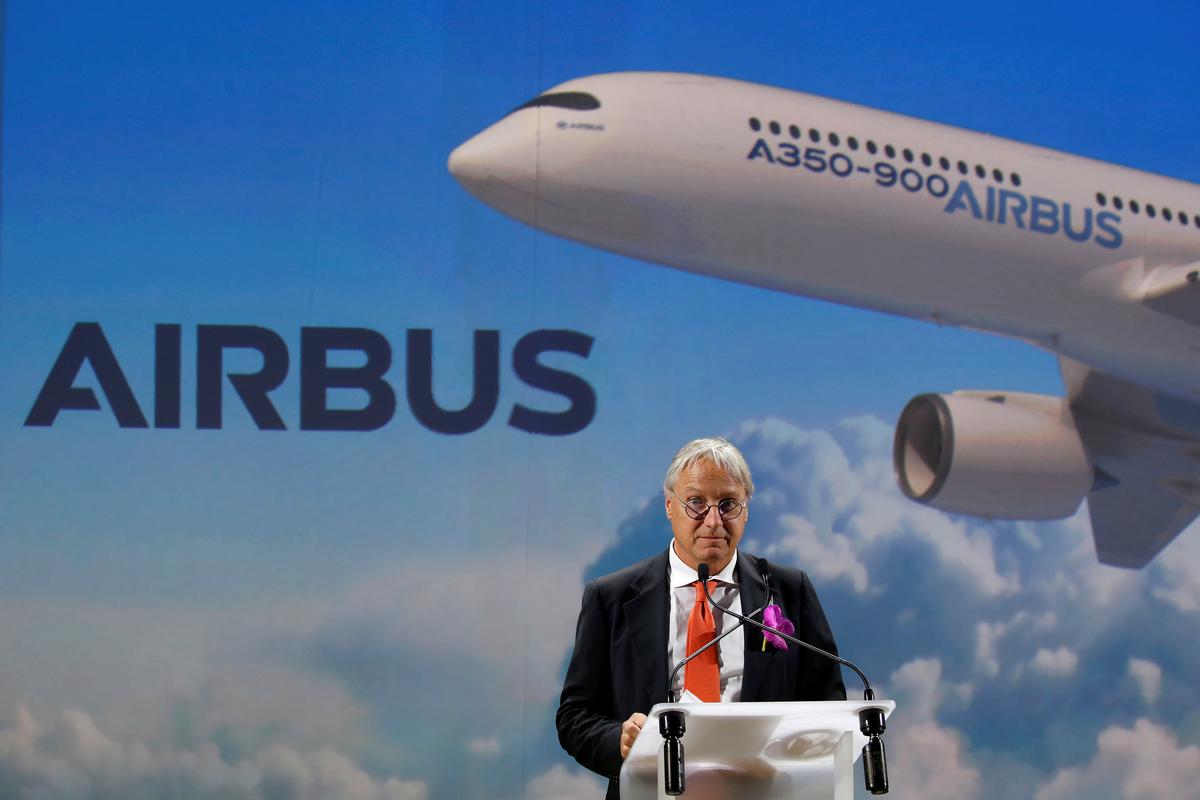 PARIS/BRUSSELS (Reuters) – The World Trade Organization has found that the European Union has failed to withdraw all subsidies to planemaker Airbus (AIR.PA) amid U.S. tariffs on European goods, three people familiar with the matter said.

Christian Scherer, Airbus Chief Commercial Officer, speaks during a news conference for the delivery of the first Fiji Airways A350 XWB airliner at the aircraft builder’s headquarters of Airbus in Colomiers near Toulouse, France, November 15, 2019. REUTERS/Regis Duvignau

A new compliance report to be published as soon as Monday found that the Airbus A350 jetliner continues to be subsidized as a result of earlier government loans, they said.

However, the WTO could scale back the amount of harm deemed to have been caused to U.S. rival Boeing (BA.N), which influenced a decision to allow $7.5 billion of U.S. tariffs against the EU earlier this year, two of the people said.

Neither the WTO nor the parties in the 15-year-old trade case, which involves mutual claims of billions of dollars of subsidies to both planemakers, had any immediate comment.

The United States imposed tariffs on European goods including most Airbus planes and products from cheese to handbags and whisky in October.

The $7.5-billion tariff ceiling approved by the WTO was based on the amount of economic damage believed to have been caused to Boeing as a result of European support to Airbus, mainly in the form of government loans for the A380 and A350.

The WTO overruled EU attempts to halt the tariffs while Brussels brought forward new arguments to show that it had complied with earlier rulings, in a somewhat rare second compliance procedure.

Monday’s report will deliver the WTO’s verdict on those new arguments, which rely partly on the fact the A380 – once the European planemaker’s flagship – is facing the axe because of poor sales, meaning any damage to Boeing was temporary.

Two of the people familiar with the case said the WTO had accepted part of these arguments, implicitly agreeing to reduce the ceiling for U.S. retaliation by as much as $2 billion.

However, it remained unclear how quickly a partial European victory on that front could translate into lower tariffs, due to legal technicalities.

By appealing the new compliance finding, the United States could effectively send the case into a void as the WTO Appellate Body, which hears appeals, is about to cease functioning due to U.S. blocking of new appointments, experts said.

Instead, the EU is expected to focus on the prospect of counter-tariffs in a parallel case over Boeing subsidies likely to come to a head next spring, while calling for a broader negotiated settlement on aircraft support worldwide.

(This story corrects ‘subsidies’ to ‘tariffs’ in paragraph 7)