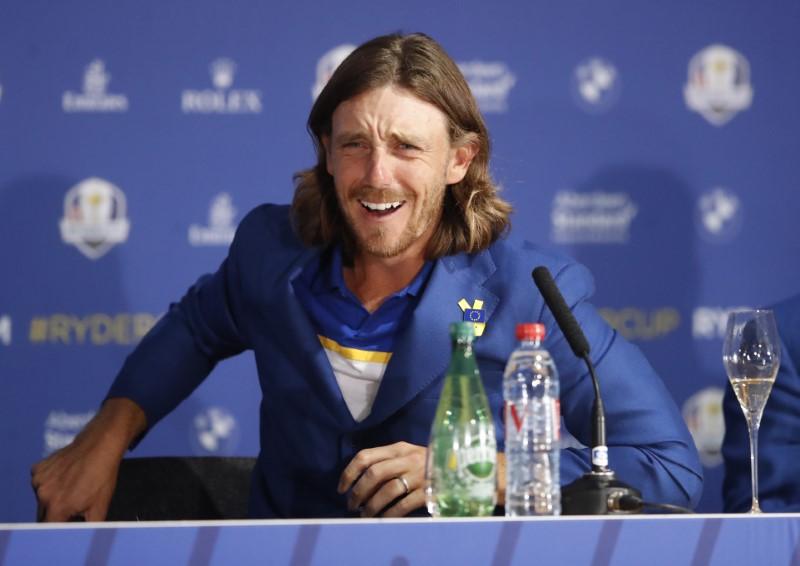 (Reuters) – England’s Tommy Fleetwood said Europe’s Ryder Cup title defense should be postponed by a year due to the coronavirus pandemic, as this would give all golfers a fair chance to qualify.

The biennial contest between Europe and the United States is scheduled to be played at Whistling Straits, Wisconsin on the shores of Lake Michigan from Sept. 25-27.

But a string of European Tour and U.S. PGA Tour events have been suspended due to the coronavirus, while the Masters and PGA Championship are looking for new dates on the golfing calendar.

“It would be a shame and feel weird to have to wait for so long after the last Ryder Cup, but you just have to take whatever comes. And it would be fairer in qualification terms for it to be pushed back,” Fleetwood told the Times newspaper.

Fellow England player Paul Casey last week also called for the Ryder Cup to be postponed by 12 months, as happened in 2001 after the Sept. 11 attacks on the United States. [nL4N2BE065]

Fleetwood, who leads the European Tour standings, has virtually booked his place if the 2020 Ryder Cup goes ahead.

European qualification began in September and ends on Sept. 13, but players could be left with fewer point-scoring opportunities as a result of uncertainty over events.

The visiting team will include the top four players on the European Tour list, the top five on the world points list and three of the captain’s picks.

Fleetwood said his priority was to be ready, both physically and mentally, for when action resumes on the golf course.

“It’s not great in terms of practice and playing time, but it will be good for rest and recovery. Hopefully this will never happen again but we have to deal with it,” he said.

Reporting by Hardik Vyas in Bengaluru; Editing by Alexander Smith