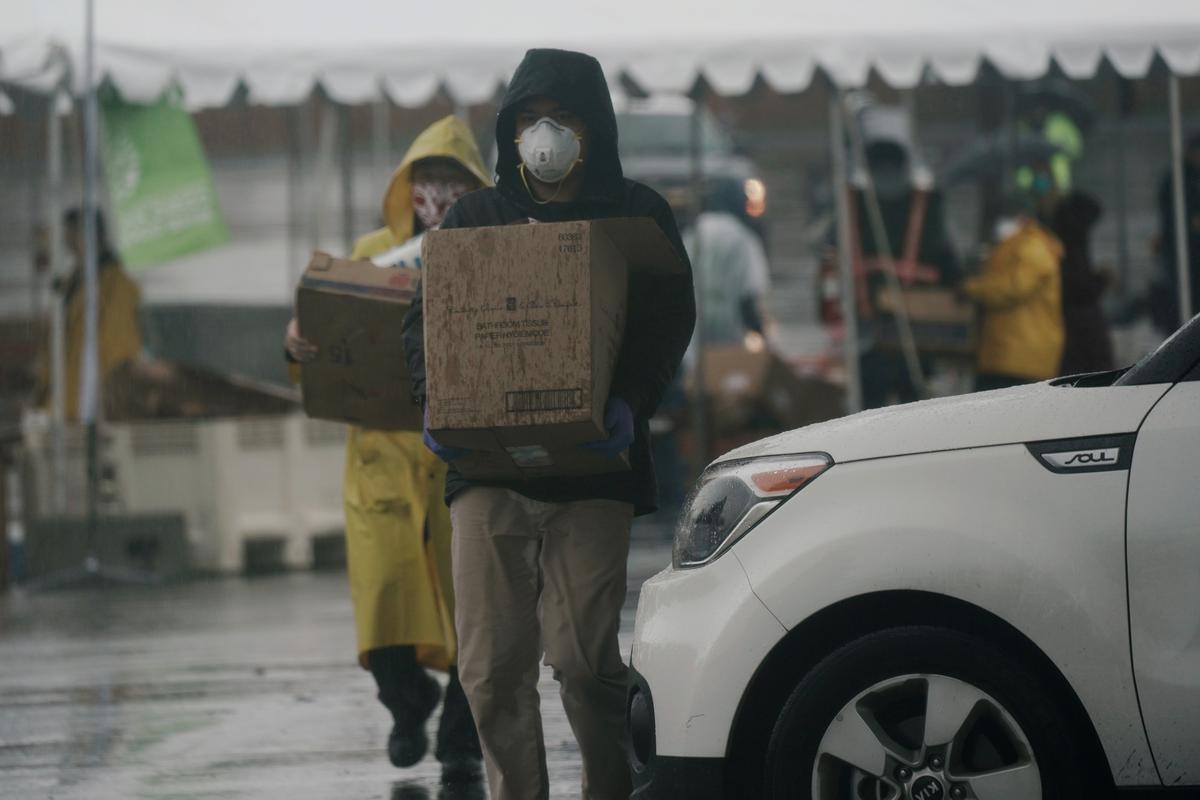 NEW YORK (Reuters) – As American Christians began Easter weekend under threat of the coronavirus, political leaders and health experts on Friday cautioned the faithful not to gather in churches or relax social distancing practices.

Dr. Anthony Fauci, the government’s top infectious disease expert and other health officials pointed to declining rates of coronavirus hospitalizations and need for intensive care – particularly in hardest-hit New York – as signs that social distancing measures are paying off.

“Now is no time to back off,” Fauci told CNN on Friday. “The virus will decide” when the country can reopen, he added.

Those measures continue to take an enormous toll on the economy – some economists are forecasting job losses of up to 20 million in April – raising questions about how long business closures and travel restrictions can be sustained.

However, were U.S. officials to lift shelter-in-place orders after 30 days, the nation’s death total could reach 200,000, the New York Times reported, citing new projections from the departments of Homeland Security and Health and Human Services. An influential university model this week had lowered the U.S. death projection to 60,000 if social distancing continued.

The United States has by far the world’s most confirmed coronavirus cases, at more than 485,000, with over 18,100 deaths. Only Italy has had more fatalities.

After three days of record daily death rates, New York state’s COVID-19 tally was 777 on April 9, down from 799 deaths a day earlier, Governor Andrew Cuomo reported on Friday. But New York’s intensive care unit admissions declined “for the first time since we started this journey,” he said.

In Michigan, more than 200 people died from COVID-19 in the last day. “We are not out of the woods yet,” Governor Gretchen Whitmer said.

At his daily White House briefing, however, President Donald Trump said he was getting fewer calls from governors urgently seeking equipment and help.

Meanwhile, with more than 90% of the country under stay-at-home orders, the holiest weekend on the Christian calendar began with services livestreamed or broadcast. Many churches sat empty on Good Friday, when they would typically be overflowing with worshippers.

“We gather normally at Easter to worship. We gather for children’s Easter egg hunts, for family meals, with friends. We can’t do any of that this year,” said New Jersey Governor Phil Murphy at his daily coronavirus briefing.

Chicago Mayor Lori Lightfoot, on CNN, also urged people not to attend church. “You can express your faith in lots of different ways, but it can’t be by congregating.”

Churches are devising different ways to reach the faithful. One megachurch in South Carolina is turning to the model of once popular drive-in movies, with services shown on a big screen and broadcast via radio to worshippers in their cars.

A handful of holdout U.S. churches plan to hold in-person services on Easter Sunday, saying their right to worship in person outweighs public health officials’ warnings that they may be spreading more than just the Gospel by holding large gatherings.

“Satan and a virus will not stop us,” said the Reverend Tony Spell, pastor of the evangelical Life Tabernacle Church near Baton Rouge, Louisiana. He expects more than 2,000 to gather at his megachurch on Sunday.

Friday also ends another week of missed paychecks for millions of Americans, with restaurants, businesses, entertainment venues and schools shuttered across the nation.

In Los Angeles, some 5,000 families waited at the city’s Forum arena to pick up food in a Good Friday donation drive.

“This is slated to be our biggest distribution to date,” said Michael Flood, head of the LA Regional Food Bank. “It’s continuing to demonstrate just how many families and individuals the current economic conditions have hit.”

New York plans to open coronavirus testing sites in five minority neighborhoods to improve testing in a population that has been hit disproportionately hard. Several U.S. states have reported COVID-19 deaths among blacks and Hispanics far higher than their portion of the population.

“African Americans comprise 70% of the deaths but only comprise about 33% of the state’s population,” said Louisiana Governor John Bel Edwards, whose state has reported 755 deaths.

Google said it would work with Apple to create contact tracing technology that alerts people when they have been in close proximity with someone who has tested positive for COVID-19, the sometimes deadly respiratory illness caused by the virus.

Another group pummeled by the virus are prison inmates with hundreds of infections and several deaths reported among inmates in Chicago, New York and Louisiana.

New Jersey’s Murphy said he signed an executive order to expedite parole for inmates who pose a low public risk.

Despite some reasons for optimism, healthcare workers in New York and other coronavirus hotspots have seen a wave of demoralizing deaths this week.

Emily Muzyka, a nurse at New York-Presbyterian Hospital, has held patients’ hands through final breaths in the past, but things have changed.