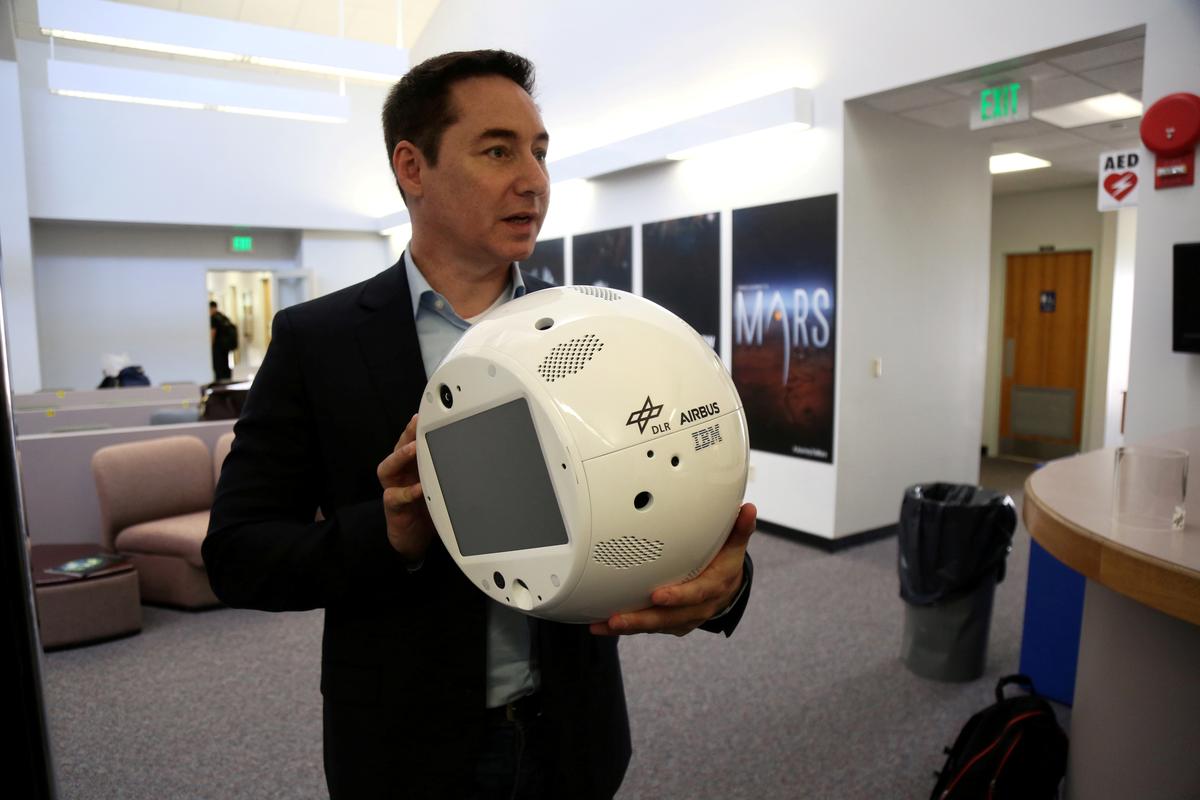 WASHINGTON (Reuters) – An intelligent robot equipped with emotion-sensing voice detectors was headed to the International Space Station after launching from Florida on Thursday, becoming the latest artificial intelligence-powered astronaut workmate in orbit.

The Crew Interactive Mobile Companion 2, or CIMON 2, is a spherical droid with microphones, cameras and a slew of software to enable emotion recognition.

The droid was among 5,700 pounds (2,585 kg) of supplies and experiments aboard SpaceX’s Falcon 9 rocket, whose midday launch had been delayed from Wednesday due to high winds.

“The overall goal is to really create a true companion. The relationship between an astronaut and CIMON is really important,” Matthias Biniok, the lead architect for CIMON 2, told Reuters. “It’s trying to understand if the astronaut is sad, is he angry, joyful and so on.”

Based on algorithms built by information technology giant IBM Corp (IBM.N) and data from CIMON 1, a nearly identical prototype that launched in 2018, CIMON 2 will be more sociable with crew members. It will test technologies that could prove crucial for future crewed missions in deep space, where long-term isolation and communication lags to Earth pose risks to astronauts’ mental health.

While designed to help astronauts conduct scientific experiments, the English-speaking robot is also being trained to help mitigate groupthink — a behavioral phenomenon in which isolated groups of humans can be driven to make irrational decisions.

“Group-thinking is really dangerous,” Biniok said. In times of conflict or disagreement among astronauts, one of CIMON’s most important purposes would be to serve as “an objective outsider that you can talk to if you’re alone, or could actually help let the group collaborate again,” he said.

SpaceX is the first private company to fly to the space station, a $100 billion project of 15 nations. Along with CIMON 2, the cargo aboard its 19th resupply mission to the orbital research lab included 40 live mice that will show scientists how muscles change in the microgravity of space.