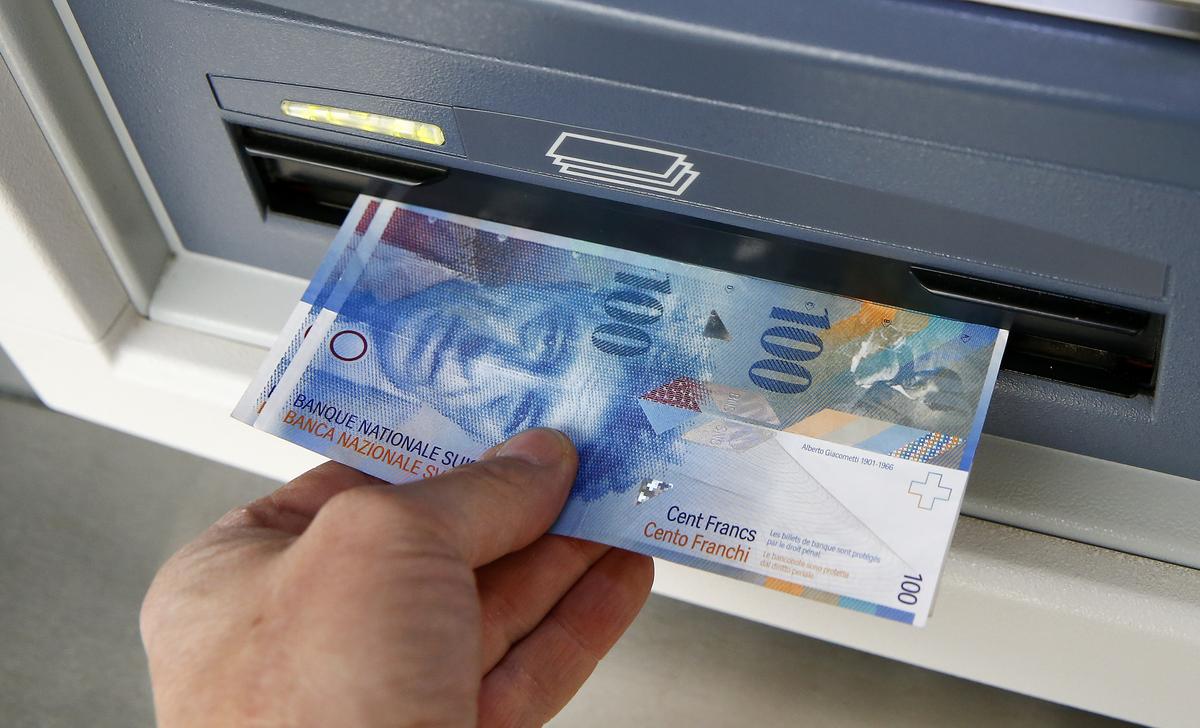 ZURICH (Reuters) – The Swiss government took a downbeat view of creating a central bank digital currency for public use, saying it could do more harm than good and destabilize the financial system.

FILE PHOTO: Swiss 100 franc bank notes are withdrawn from an ATM in the northern Swiss town of Kreuzlingen in this picture illustration, January 16, 2015. REUTERS/Arnd Wiegmann

“Universally accessible central bank digital currency would bring no additional benefits for Switzerland at present. Instead, it would give rise to new risks, especially with regard to financial stability,” the cabinet said after meeting on Friday.

Parliament had asked the government to look into prospects for creating an electronic Swiss franc.

The Swiss National Bank has taken a skeptical view of rolling out an electronic Swiss franc for use by the general public. The SNB is researching the broader use of digital central bank currencies alongside the Bank for International Settlements.

Central bank digital currency refers to money that a central bank would create in digital form and make available to the general public. It would complement existing forms of money such as banknotes and sight deposits commercial banks hold at the central bank.

Most central banks are examining the topic and the possible repercussions, but only a few, such as in China and Sweden, plan to issue digital currencies in the short to medium term, the government noted.

But the Swiss cabinet said central bank digital currency cannot meet these expectations in full and that the repercussions could be far-reaching.

“The further development of central bank digital currency that is restricted to financial market players would appear to be a more promising strategy,” it said.

“This would not have the same far-reaching and fundamental implications as universally accessible central bank digital currency. A ‘wholesale token’ issued by the SNB could possibly help to enhance efficiency in the trading, settlement and management of securities.”

New European Central Bank President Christine Lagarde said on Thursday that the euro zone should be “ahead of the curve” on the issue.

Prepare to study in Canada
Study permit: Who can apply
Temporary Workers, International Students More And More Important To Canada
Roe vs Wade: How Disenfranchised Americans Can Immigrate to Canada
Ontario Immigration’s PNP Gets Increased 2022 Nomination Allocation
Canada Has 3 Of The Most Livable Cities In The World
Canada Immigration Drives Fastest First Quarter Population Growth For 30 Years