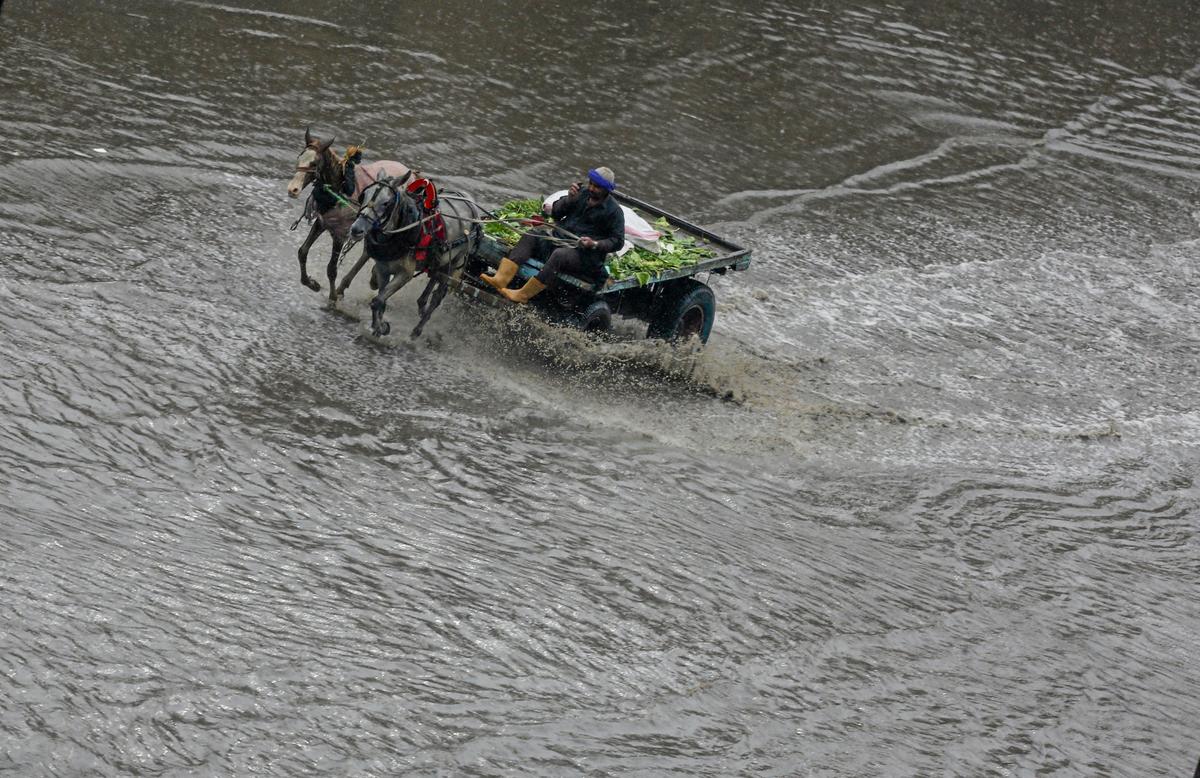 A man rides a cart during a thunderstorm and heavy rains in Cairo, as the government announced a day off while the rain exceeds the infrastructure’s capacity in most cities, Egypt March 12, 2020. REUTERS/Mohamed Abd El Ghany

CAIRO (Reuters) – Nearly 20 people have been killed in some of the worst storms to hit Egypt in decades, the country’s prime minister said in a statement on Friday.

The North African country has been battered by heavy rain and strong winds that began in the earlier hours of Thursday and continued on Friday.

Thirteen people were injured on Thursday when two passenger trains collided in Cairo because of the weather, the government said. Local media reported several deaths because of electric shocks, partial collapse of buildings or road accidents over Thursday and Friday.

Videos and pictures of flooded Cairo streets were circulated widely on social media, with criticism of‮ ‬the government over poor infrastructure. Many complained of long power and water outages and inadequate drainage.

Government supporters says the administration of President Abdel Fattah al-Sisi has inherited mistakes of successive governments stretching back decades and is working to improve infrastructure and develop services.