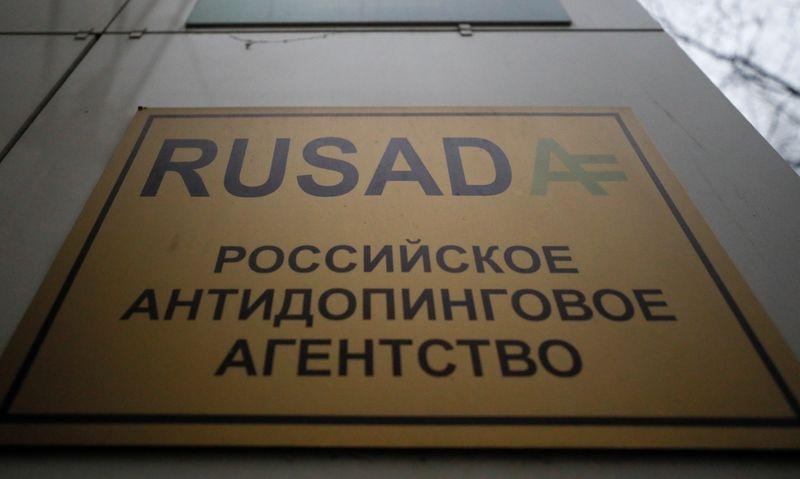 FILE PHOTO: A sign with the logo of the Russian Anti-Doping Agency (RUSADA) is on display outside its office in Moscow, Russia December 9, 2019. REUTERS/Shamil Zhumatov

MOSCOW (Reuters) – Russian anti-doping agency RUSADA said it was temporarily halting all testing in response to government measures aimed at curbing the spread of the coronavirus.

Russia has reported 1,036 cases of the virus and has stepped up measures to prevent it from spreading further, including declaring next week a non-working week and ordering shut all Moscow cafes, restaurants and shops apart from those providing vital services, such as food and medicine.

In a video posted Saturday on its website, RUSADA director Yuri Ganus said the agency was continuing its work during the coronavirus outbreak but was suspending testing to comply with government measures.

“We of course are following the regime that has been established by the leadership of Russia and at this time we have suspended testing,” Ganus said, adding that the agency would announce the resumption of testing at a later date.

RUSADA was suspended in 2015 after the World Anti-Doping Agency (WADA) found evidence of mass doping in Russian athletics.

The agency was conditionally reinstated in September 2018, but was declared non-compliant late last year after WADA found Moscow had provided it with doctored laboratory data.

Russia is in the process of appealing a four-year ban on its athletes competing at major international sporting events under their flag as punishment for that alteration of laboratory data.