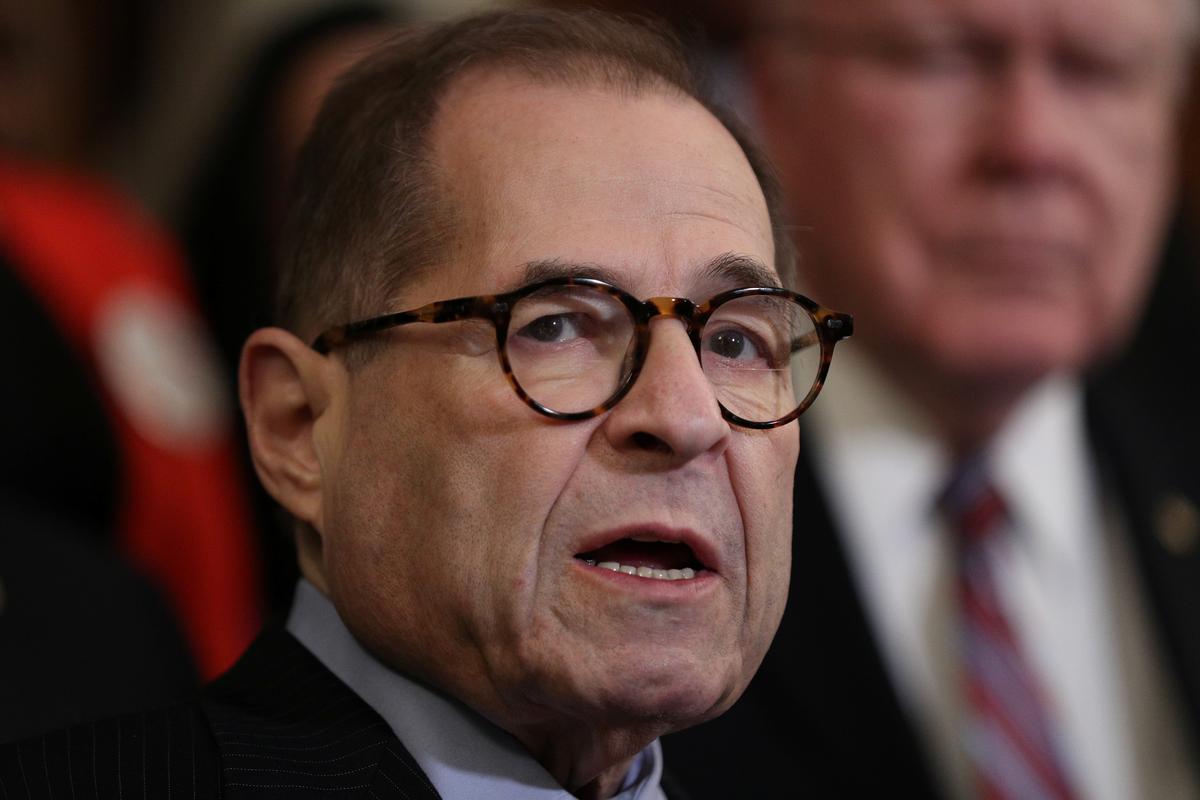 WASHINGTON (Reuters) – Democratic lawmakers could vote this week on articles of impeachment against President Donald Trump, the House Judiciary Committee chairman said on Sunday as lawmakers sharpened their focus on charges of wrongdoing in his dealings with Ukraine.

U.S. Representative Jerrold Nadler said the panel will not decide on the specific articles until after a hearing on Monday to consider evidence gathered by the House Intelligence Committee in its investigation of the Republican leader.

“There are possible drafts that various people are writing,” Nadler told CNN’s “State of the Union.” “But the fact is we’re not going to make any decision as to how broad the articles should be – as to what they contain, what the wording is – until after the hearing tomorrow.”

The Democratic-led House of Representatives’ impeachment inquiry focuses on Trump’s request that Ukraine investigate former Vice President Joe Biden, a leading contender for the Democratic nomination to face Trump in the November 2020 election.

Nadler told NBC’s “Meet the Press” that articles of impeachment would be brought to the panel later in the week. Asked on CNN if lawmakers could vote this week, he said, “It’s possible.”

The impeachment probe has focused on a July 25 telephone call in which Trump asked Ukrainian President Volodymyr Zelenskiy to open an investigation into Biden and his son Hunter, and into a discredited theory promoted by Trump and his allies that Ukraine, not Russia, meddled in the 2016 election.

Trump denies wrongdoing and says the impeachment inquiry is a politically motivated witchhunt aimed at ousting him.

Democrats cite “overwhelming” evidence that Trump put his personal interests above those of the country in seeking foreign help to win the November 2020 election.

“I think the case we have, if presented to a jury, would be a guilty verdict in about three minutes flat,” Nadler said.

Democratic lawmakers on Sunday played down the possibility of basing one of the articles of impeachment on Special Counsel Robert Mueller’s report on Russian election interference in 2016. That report cited 10 incidents in which Trump sought to hinder the investigation, but did not draw conclusions on whether Trump obstructed justice.

The best strategy, intelligence panel Chairman Adam Schiff told CBS’ “Face the Nation,” is to pick the charges supported by “the strongest and most overwhelming evidence and not try to charge everything, even if you could charge other things.”

“Nobody wants to put the kitchen sink into these articles,” added Pramila Jayapal, a House Judiciary Democrat, in an interview with Reuters. “We need to be focused; we need to be clear. We need to present the best possible case.”

House Democrats who must appeal to skeptical independent voters to get re-elected have expressed misgivings about supporting a charge of obstruction of justice based on Mueller.

Judiciary Committee Democrats have said they could instead use Mueller’s findings to demonstrate a repeated pattern of misconduct by Trump to support formal charges of abuse of power and obstruction of Congress.

“It’s part of a pattern” that poses a threat to the integrity of the November 2020 election, Nadler said.

Judiciary Committee Democrats worked through the weekend poring over information from the Intelligence Committee and constitutional law scholars who testified on Wednesday.

Republicans are demanding that Nadler postpone Monday’s hearing to give them time to review the material.

“It is impossible for Judiciary members to sift through thousands and thousands of pages in any meaningful way in a matter of hours,” the committee’s top Republican, Representative Doug Collins, told Nadler in a weekend letter.

Nadler dismissed the contention, saying that the documents presented on Saturday were basically the intelligence committee report released earlier in the week to both Republicans and Democrats.

Collins, on Fox’s “Sunday Morning Futures,” accused Nadler of running a rubber stamp operation with “a pointed focus of getting rid of a president they don’t like.”