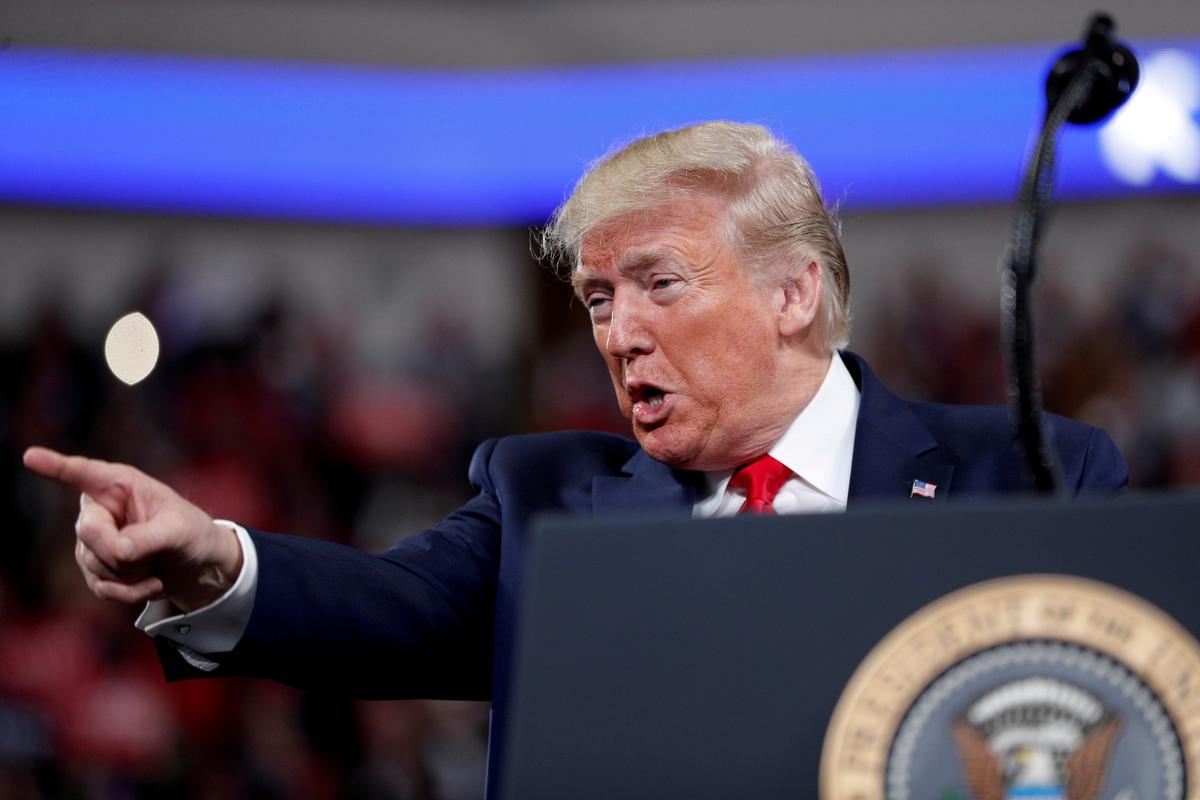 WASHINGTON (Reuters) – The U.S. House of Representatives is expected on Thursday to take its most concrete step yet in impeaching Donald Trump, when a key committee clears the way for a full House vote formally accusing him of high crimes and misdemeanors.

The Democratic-controlled committee is expected, over Republican objections, to approve two formal articles of impeachment, which will allow a vote by the House next week that is likely to result in Trump becoming the third president in U.S. history to be impeached.

Following a House vote to impeach Trump for abuse of power and obstruction of Congress, the charges would go to the Senate for a trial. The Republican-led chamber is unlikely to vote to remove Trump from office.

Democrats accuse Trump of abusing his power by trying to force Ukraine to investigate political rival Joe Biden and of obstructing Congress when lawmakers tried to look into the matter. Biden is a leading contender for the Democratic nomination to run against Trump next year.

The Republican president has denied wrongdoing and condemned the impeachment inquiry as a hoax.

On Tuesday evening, Republicans on the Judiciary Committee accused Democrats of overplaying their hand by accusing Trump of the crimes of bribery and extortion in the media and then pulling back.

“Whatever happened to quid pro quo, extortion and bribery?” said Representative John Ratcliffe. “The Democrats have been telling us it was clear, the facts were undisputed, the evidence was overwhelming. Except it wasn’t any of those things and now it’s all gone.”

Democrats spent much of the evening chiding Republicans for their loyalty to Trump.

“Stop worrying about being primaried. Stop deflecting and distracting and treating those you represent as if they don’t see what’s going on, like they’re not smart enough to realize that you are willfully ignoring the facts to protect a corrupt and dangerous president.”

A Senate trial is expected next month on the charges. Senior Republicans in the chamber appeared to be moving toward a consensus that a streamlined proceeding with no witnesses would allow Trump and the Senate to end the matter and quickly move on.

Mitch McConnell, the Senate majority leader, said on Wednesday, no decision had yet been made over how to conduct the trial.

Democrats sought to simplify the public case against Trump by not including other contentious aspects of Trump’s tenure, such as his efforts to impede former Special Counsel Robert Mueller’s Russia probe. Democratic lawmakers from more conservative districts had argued the focus should stay on Ukraine.

Still, while the Judiciary Committee is likely to approve the articles, several Democrats in swing districts remain unsure how they will vote on impeachment, although with a 36-seat lead over Republicans in the House, passage is expected.

Trump and Republicans have tried to use the issue as way to attack Democratic presidential candidates and those vulnerable House members.

Public support for impeachment has largely fallen along party lines, with the vast majority of Democrats supporting it and most Republicans opposing it. Trump’s approval rating, according to opinion polls, has largely remained consistent throughout the inquiry.