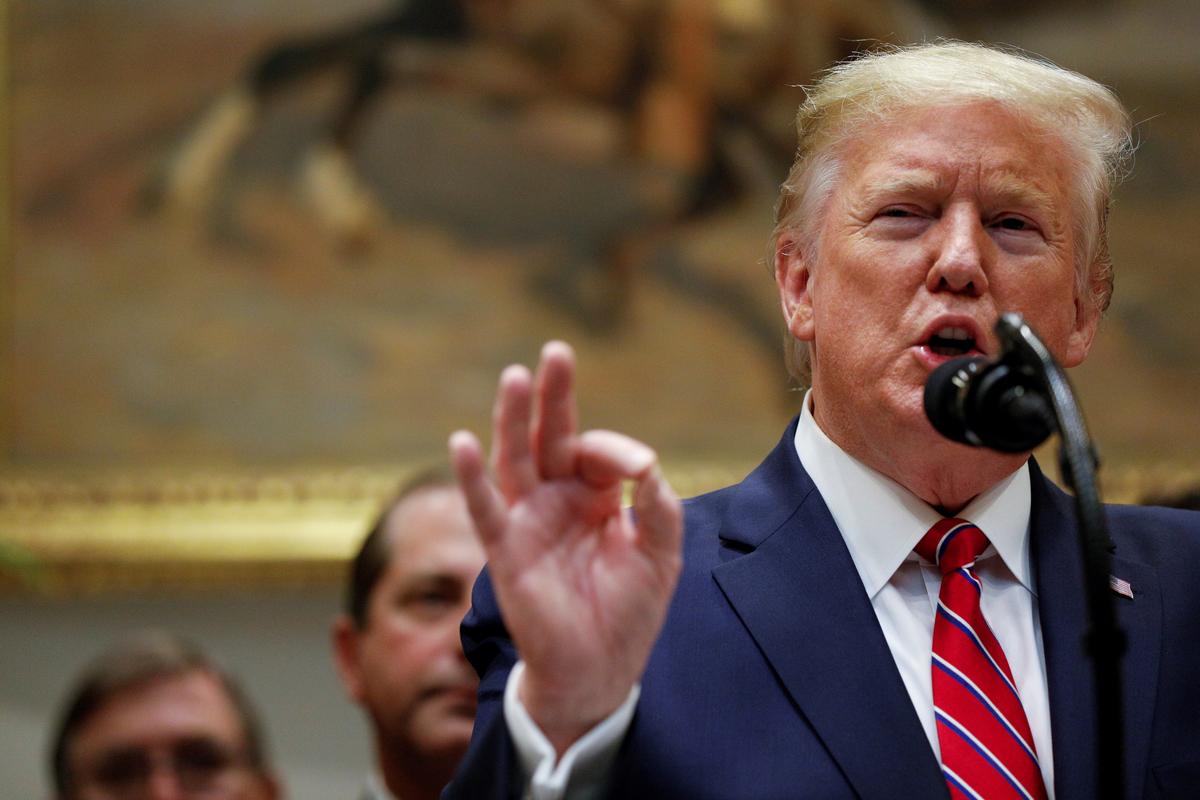 WASHINGTON (Reuters) – Democrats responded skeptically on Monday to President Donald Trump’s declaration that he might be willing to testify in his impeachment inquiry and also said they were examining the truthfulness of his testimony in the Russia 2016 election interference probe.

Trump said on Twitter that he would “strongly consider” House of Representatives Speaker Nancy Pelosi’s suggestion that he testify in the House impeachment inquiry into whether he pressured Ukraine to investigate domestic political opponent Joe Biden.

House Democrats were skeptical. “President Trump should testify,” Representative Don Beyer said in a tweet. “He should allow top White House aides to testify. … He should turn over the documents Congress subpoenaed. He should end his illegal coverup. I’m not holding my breath.”

Separately, House general counsel Douglas Letter told a federal appeals court in Washington that lawmakers were examining the truthfulness of the written answers the president provided in former Special Counsel Robert Mueller’s investigation of Russian interference in the 2016 presidential election.

Trump initially offered to testify in that investigation but ultimately only provided written answers after months of negotiations.

Those answers drew renewed scrutiny after they appeared to conflict with the testimony of a former Trump campaign official last week in the trial of Trump ally Roger Stone.

At the heart of the impeachment inquiry is a July 25 phone call in which Trump asked Ukrainian President Volodymyr Zelenskiy to open a corruption investigation into former U.S. Vice President Biden and his son, Hunter Biden, and into a discredited theory that Ukraine, not Russia, meddled in the 2016 U.S. election.

Joe Biden is a leading contender for the Democratic nomination to take on Trump in 2020.

Lawmakers are also examining whether Trump abused his power by withholding $391 million in aid to Ukraine as leverage to get Kiev to investigate Biden. The money, approved by the U.S. Congress to help U.S. ally Ukraine combat Russia-backed separatists, was later provided.

The Republican president has said he did nothing wrong and has railed against the impeachment inquiry and attacked witnesses, much as he did in the two-year Mueller investigation.

Nine more witnesses are due to testify in the second week of public impeachment hearings in which Democratic lawmakers will examine any links between Trump and a pressure campaign on Ukraine.

They include Gordon Sondland, the U.S. ambassador to the European Union, whose direct contacts with Trump are likely to be a main focus in the investigation of whether the president used U.S. aid as leverage to get Zelenskiy to dig up dirt on Biden.

Diplomat David Holmes will testify on Thursday, the House Intelligence Committee said. He will likely be asked about a July 26 gathering at a Kiev restaurant where Sondland called Trump on his cellphone from a table on the outdoor terrace.

Holmes said he could overhear the call and believes two others at the table could as well, according to prepared testimony he delivered behind closed doors in Congress on Friday.

“So he’s gonna do the investigation?” Holmes said he heard Trump ask. “He’s gonna do it,” Sondland said, adding that Zelenskiy would do “anything you ask him to.”

Trump told reporters last week that he knew “nothing” about the call with Sondland.

Several witnesses testified last week that they were alarmed at the pressure tactics used against Ukraine, as well as the role of Trump’s personal lawyer, Rudy Giuliani.

The hearings could clear the way for the House to approve articles of impeachment – formal charges – against Trump. That would lead to a trial in the Senate on whether to convict Trump and remove him from office. Republicans control the Senate and have shown little support for Trump’s removal.