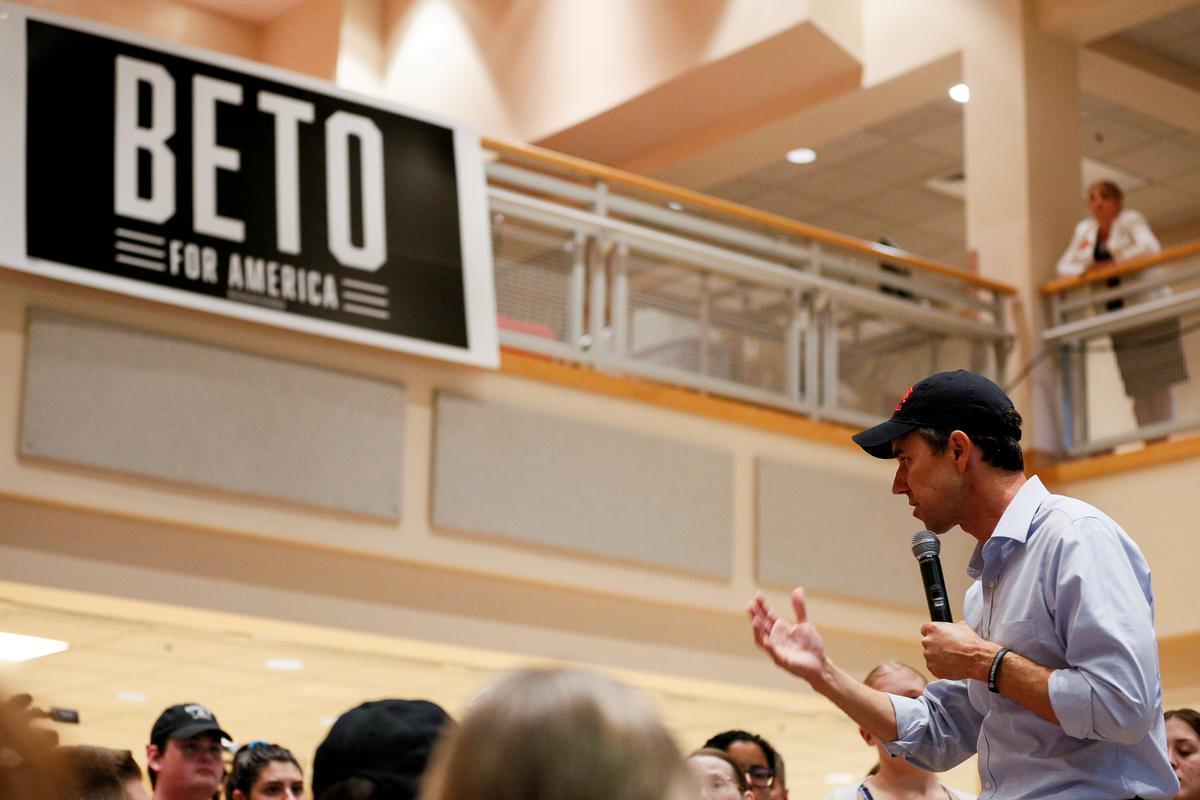 WASHINGTON (Reuters) – Democrat Beto O’Rourke dropped out of the crowded 2020 U.S. presidential race on Friday, saying it had become clear his campaign did not have the resources to continue to seek his party’s nomination.

O’Rourke, 47, a former Texas congressman, was struggling to qualify for the next Democratic debate after months of poor showings in opinion polls and lackluster fundraising.

O’Rourke, who became a Democratic rock star after almost winning a U.S. Senate seat in Texas in 2018, said he would also not be running for the Senate next year, a decision that will disappoint some party leaders.

“We will work to ensure that the Democratic nominee is successful in defeating Donald Trump in 2020. I can tell you firsthand from having the chance to know the candidates, we will be well served by any one of them, and I’m going to be proud to support whoever she or he is,” O’Rourke’s Twitter post said.

His withdrawal leaves 17 Democratic contenders for the nomination to run against the Republican president.