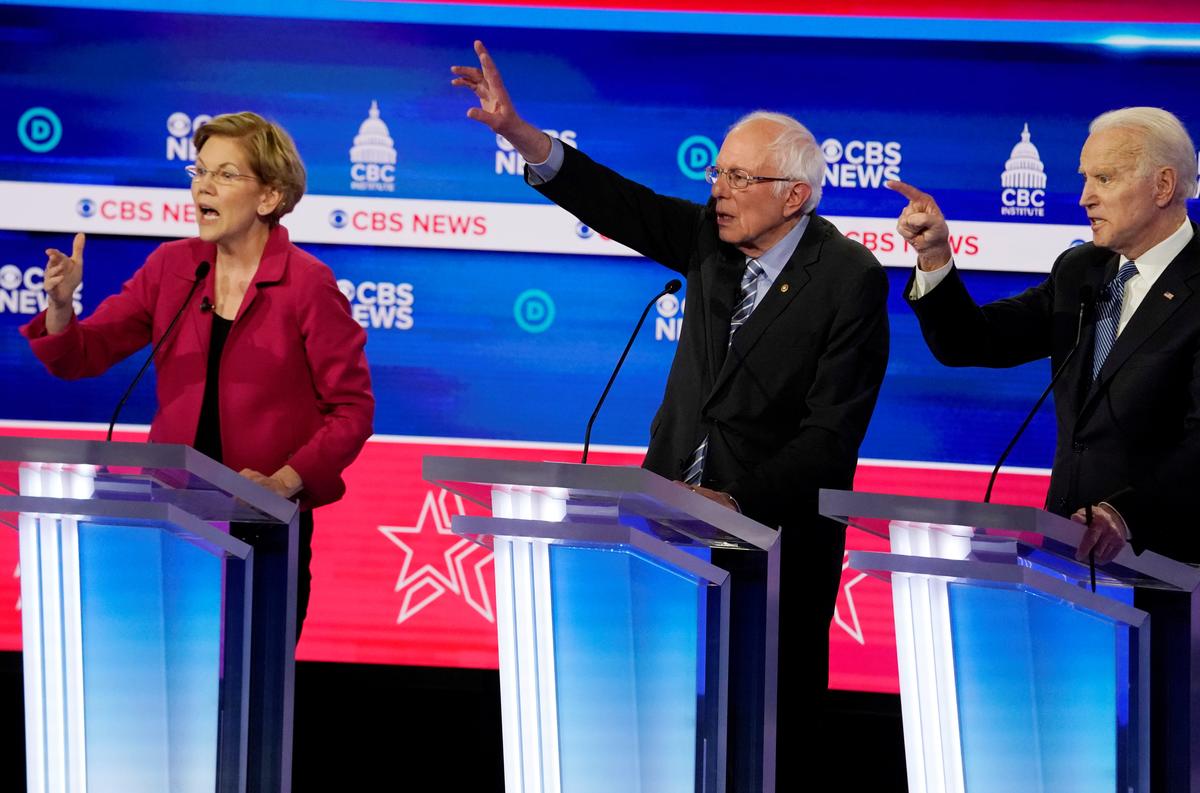 “I’ve endorsed Elizabeth Warren’s bankruptcy proposal, which … allows for student debt to be relieved in bankruptcy and provides for a whole range of other issues,” Biden said in a digital town hall in Illinois on Friday.

Warren, a U.S. Senator from Massachusetts, suspended her campaign March 5 after a poor showing in primaries that week. That left the more centrist Biden and Vermont Senator Bernie Sanders, a democratic socialist, in the contest for the Democratic nomination to run against Republican President Donald Trump in November.

Biden’s decision to endorse Warren’s bankruptcy plan is significant, showing she and Sanders have moved the party’s policy discussions to the left. It also would reverse portions of a strict bankruptcy law that Biden himself championed when he was a senator.

Warren, who drew passionate supporters, has so far declined to give her highly valuable endorsement to either Biden or Sanders. She and Sanders have been allies on the party’s left wing, and many of his supporters called on her to back Sanders as he fights to revive his campaign after moderates coalesced around Biden.

Her bankruptcy proposal would also do away with restrictive rules that forced people earning more than the median in their state to file for a more onerous form of bankruptcy protection. It would waive fees for low-income people filing for bankruptcy and hasten the process for seeking protection from credit card debt.

Many provisions her plan would eliminate were enacted in a 2005 bill that Biden backed which tightened bankruptcy rules for consumers and made it much harder to discharge student debt.

The former vice president was then a Senator from Delaware, where several financial services and credit card companies are located.

Allies of Sanders and Warren have been pressuring Biden’s team to adopt progressive proposals like a wealth tax, a stepped up estate tax and an equal pay plan, according to several individuals familiar with talks between the campaigns.

Biden and Sanders are set to participate in a televised debate on Sunday, and a key question will be whether Sanders comes out swinging or focuses on pressing Biden to adopt policies he champions, such as a government-paid health care plan.