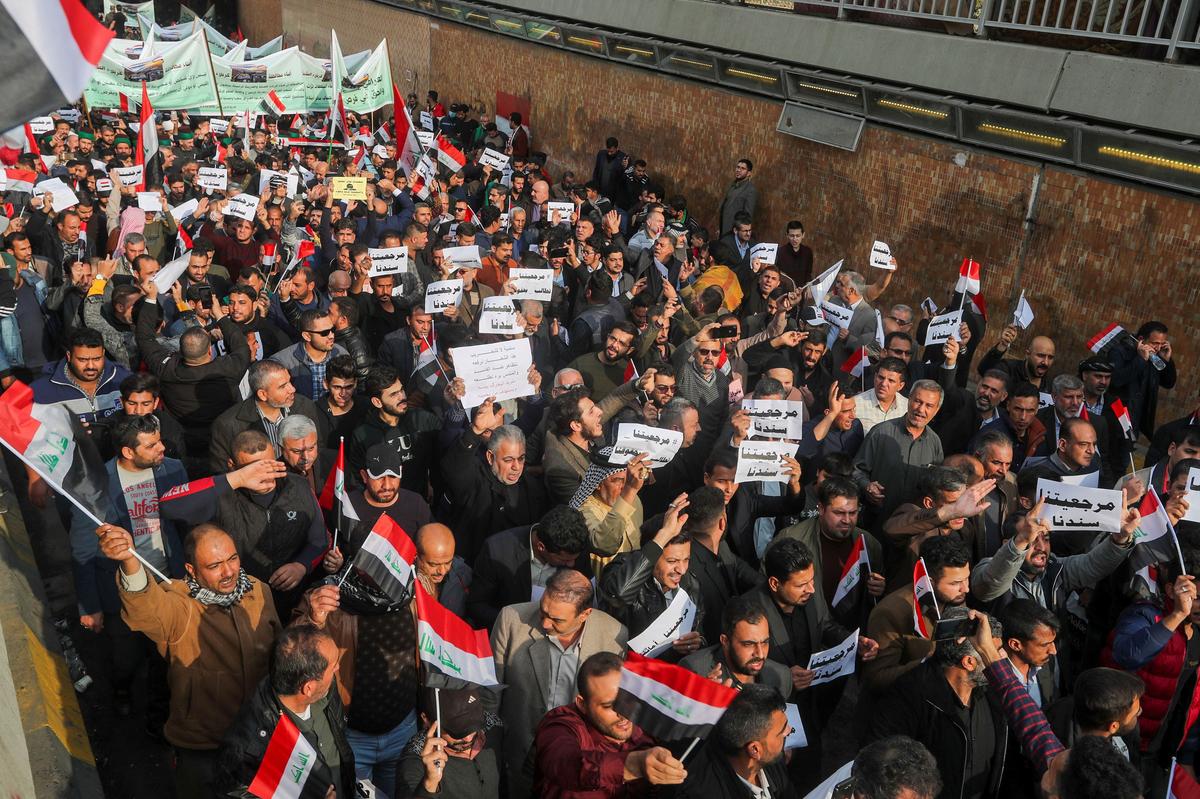 BAGHDAD (Reuters) – The death toll in an attack by armed men at Baghdad’s main protest site on Friday night rose to 23 on Saturday, police and medical sources said, the deadliest incident to hit the capital in weeks.

More than 127 others were wounded by gunfire and stabbings targeting anti-government protesters near Tahrir Square, police and medical sources said. The death toll includes three members of the police.

Thousands of Iraqis have occupied the central square and three nearby bridges which lead to the city’s Green Zone for weeks, calling for the complete uprooting of the current political system.

Security sources said they could not identify the gunmen who attacked protesters.

The incident was followed by further intimidation early on Saturday morning, as unknown gunmen drove in a convoy down the main riverside street which leads to Tahrir Square, firing a volley of shots toward it.

The heavily armed, masked gunmen roamed the street near the square and attempted to advance onto Tahrir Square but were eventually turned around at a checkpoint manned by Iraq’s security forces, witnesses said.

The incidents were the most violent flare-ups in the capital for weeks and came a week after Iraqi’s prime minister, Adel Abdul Mahdi, said he would resign following two months of anti-government protests.

Friday’s deadly attack came hours after Washington imposed sanctions on three Iranian-backed Iraqi paramilitary leaders who it accused of directing the killing of Iraqi protesters. A senior U.S. Treasury official suggested the sanctions were timed to distance those figures from any role in forming a new government.

Prepare to study in Canada
Study permit: Who can apply
Canadian Passport’s Power Gains One Point On Index
How You Could Immigrate To Canada Through The Start-Up Visa In 2023
What You Should Know About Targeted Express Entry Draws in 2023
Manitoba PNP Draw: Province Invites 336 Canada Immigration Candidates
Canada Invites 893 Candidates In First PNP-Only Express Entry Draw Of 2023