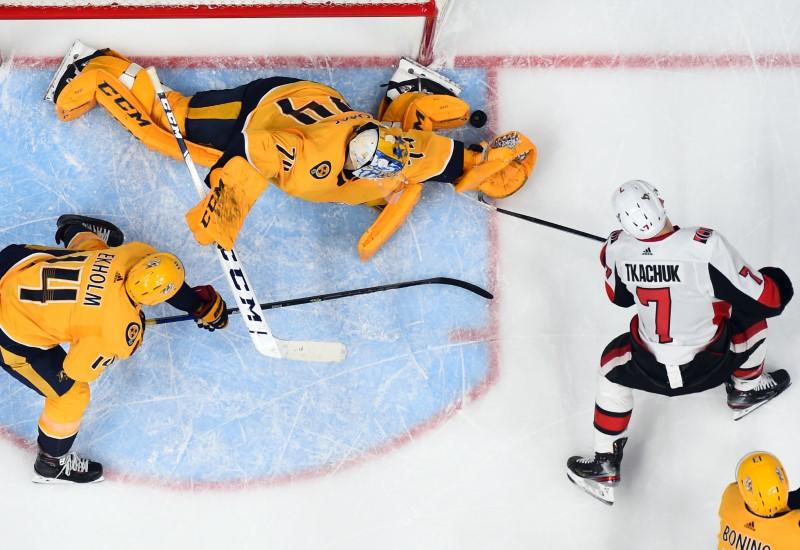 (Reuters) – The coronavirus epidemic could impact the National Hockey League’s plans to have preseason games in China later this year, according to a report on the North American league’s website.

The NHL held preseason games in China in 2017 and 2018 but did not return in 2019 because of logistical issues with booking arenas. Any hope of returning this year may be put on hold until the coronavirus is brought under control.

“It’s hard not to monitor it. It seems to be coming closer to us every time, every day that goes by. Certainly, it impacts what our plans will be in China in the future and in the relatively near future.”

The flu-like virus is believed to have originated in a market selling wildlife in the central Chinese city of Wuhan late last year and has infected some 80,000 people and killed more than 2,700, the vast majority in China. It has since spread to dozens of countries.

A number of international sports events have been affected by the coronavirus, with some competitions being postponed and others canceled outright.

Last August, Daly said the NHL hoped to announce preseason games in China for next season “in the next couple months.”

The NHL played its first ever preseason games in China in 2017 and returned the following year for another two games as part of its commitment to grow the game globally.

“Obviously we haven’t announced any games there for next (season),” Daly said this week.

“I think there was certainly a hope that we would be able to play preseason games there next year. I would say that hope probably continues to exist, but as time goes on, it becomes far more problematic.”

Reporting by Frank Pingue in Toronto; Editing by Bill Berkrot