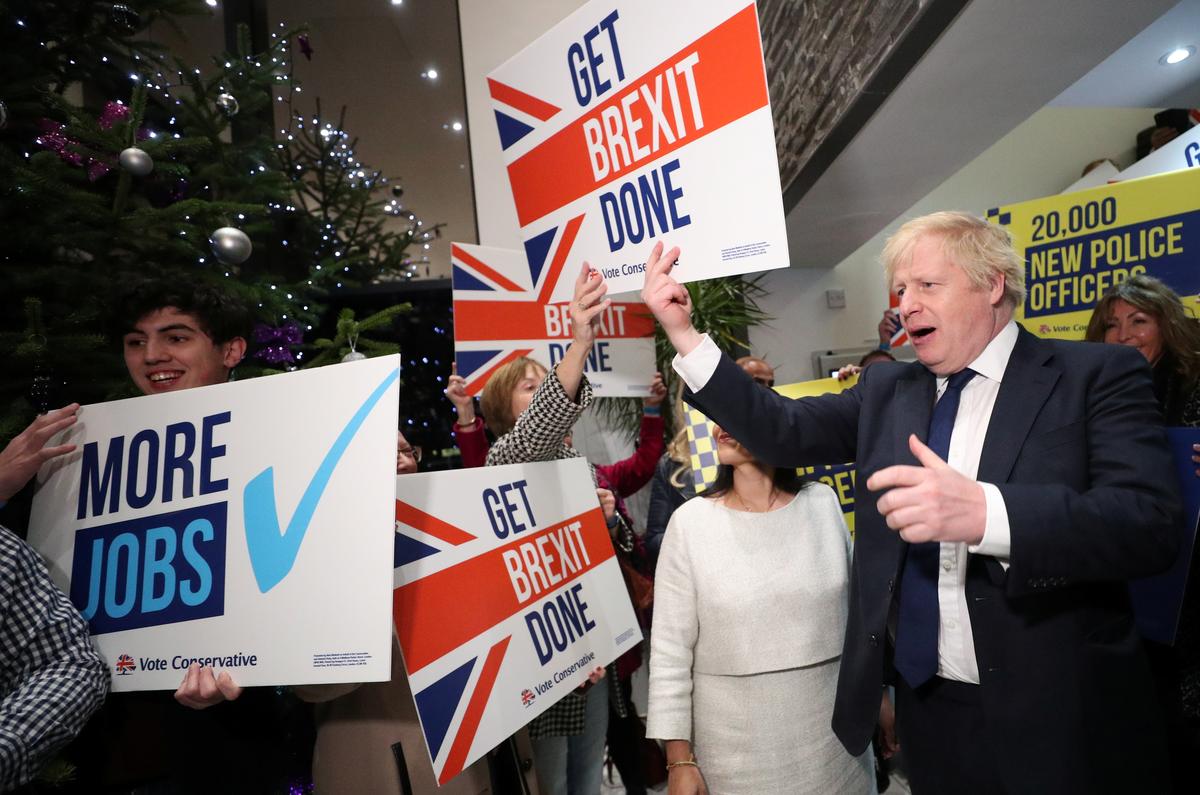 LONDON (Reuters) – British Prime Minister Boris Johnson’s Conservatives have increased their lead over the opposition Labour Party slightly over the last week to 12 points, a survey by Kantar showed on Tuesday, ahead of a Dec. 12 election.

The poll put support for the Conservatives at 44%, up one point from a week earlier, while Labour was unchanged on 32%. The pro-European Union Liberal Democrats were up one point on 15%, while the Brexit Party was down one point on 2%.