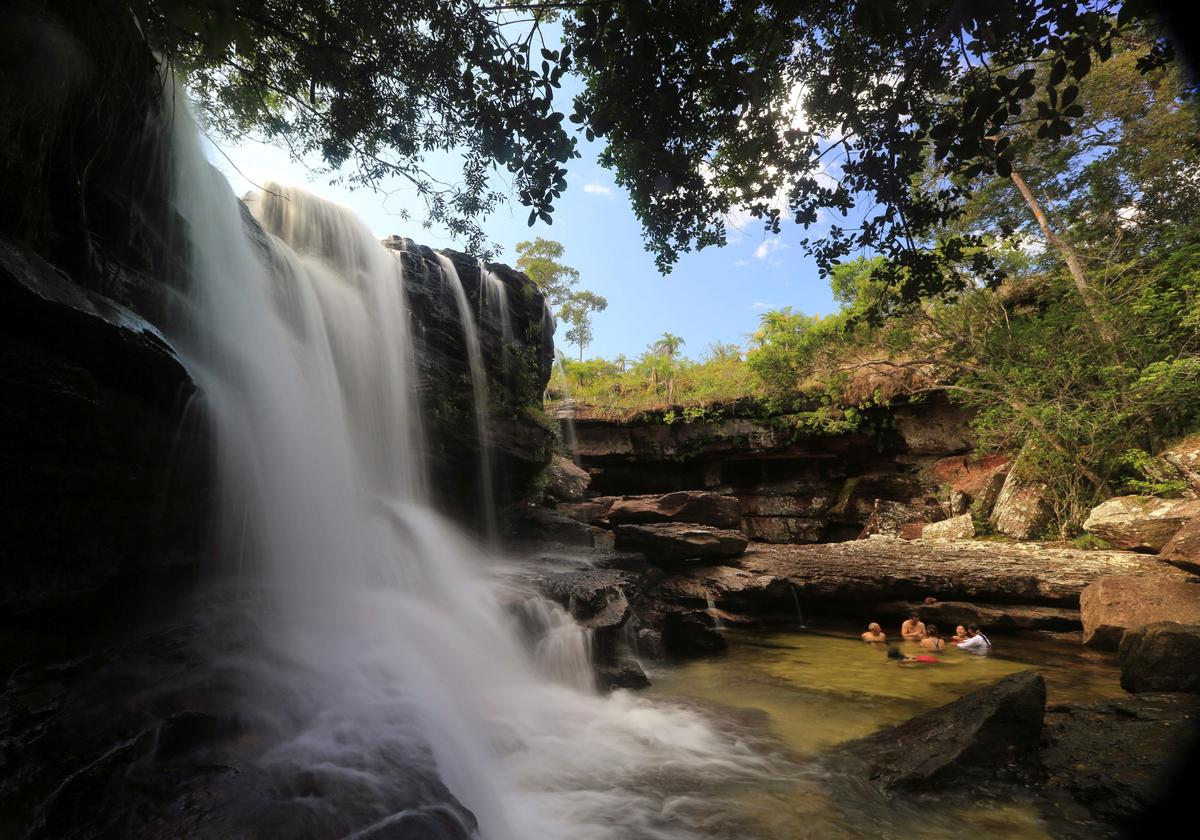 BOGOTA (Reuters) – Colombian troops on Sunday put out a forest fire close to Cano Cristales, one of the Andean country’s most important tourist sites, where FARC dissidents sought to destroy thousands of hectares of territory to grow coca, the defense minister said.

FILE PHOTO: Tourists bathe at the “El Cuarzo” waterfall in Cano Cristales in the Sierra de La Macarena National Park in Meta province November 23, 2013. The park is located in the south-east of the Andean nation and the river is locally referred to as the “River of Five Colours” for its vibrant colours which can be observed during the transition between the wet and dry seasons every year. REUTERS/Jose Miguel Gomez

in the country’s Meta province.

Cano Cristales, which sits in a region of jungles and savannahs, is visited by thousands of tourists each year and is known as the river of the gods, or the river of seven colors.

The fire started on Saturday after a group of settlers in the area confronted soldiers who were trying to dislodge them from the Tinigua National Park, which is close to Cano Cristales, in order to end deforestation which had destroyed 1,900 hectares of forests.

“They are destroying forests to plant coca, to keep killing, to finish off the environment,” Trujillo said while visiting the area on Saturday, before the fire started and at the same time that soldiers captured 20 people.

FARC dissidents, who returned to arms last year citing a breakdown in the 2016 peace deal, operate in the area.

Colombia is considered the world’s top producer of cocaine, with some 200,000 hectares of coca plants and the capacity to produce a potential 887 tonnes of the drug each year.

The South American country has 59 national parks covering 11.6 million hectares, equivalent to a tenth of its territory. However, each year some 200,000 hectares are destroyed in farming, illegal mining, and coca production.

Colombian legislation prescribes jail sentences of up to 12 years for people detained for deforestation in forests and jungles.

After Brazil, Colombia boasts the second greatest level of biodiversity per square kilometer and is home to around 10% of the planet’s flora and fauna, according to international environmental organizations.