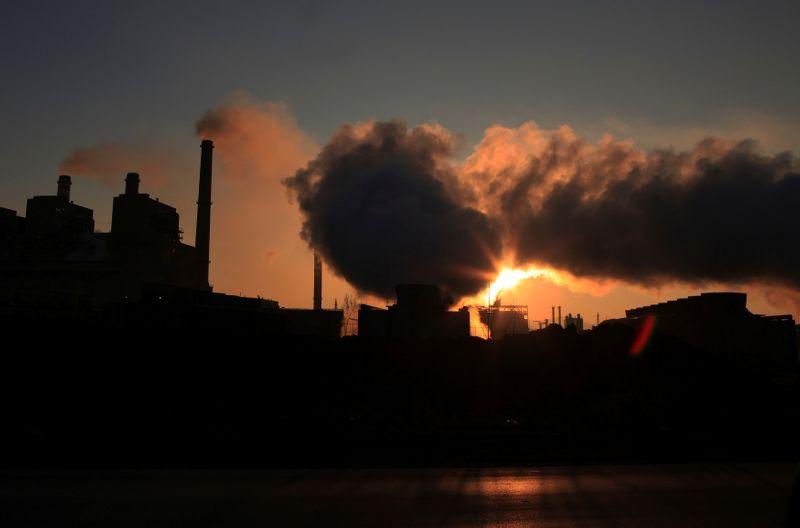 TREBINJE, Bosnia (Reuters) – An EU energy official urged Western Balkan countries seeking European Union membership to consider their own carbon taxes to shelter their coal-reliant power sectors from the sudden shock likely once they have to abide by tougher climate rules.

FILE PHOTO: Smoke billows out of the towers of the coal-powered Kosovo Power Plant A in Obilic, near Pristina December 5, 2013. REUTERS/Hazir Reka

The European Union has set tackling climate change as a priority and aims to reduce net greenhouse gas emissions to zero by 2050.

It is also planning a carbon border tax to remove any competitive advantage those importing to the bloc could enjoy if their production is cheaper because it avoids the cost of reducing pollution.

“Western Balkans coal power producers participate in the single European power market on an equal basis as EU stakeholders, yet they get a free pass when it comes to paying for their CO2 emissions,” Janez Kopac, the head of the Energy Community Secretariat, told an energy forum in the Bosnian southern town of Trebinje on Friday.

“Should the carbon pricing mechanism be introduced today, all the region’s coal-fired power plants would go bankrupt overnight,” he said.

The Energy Community, established by the EU and nine aspiring member states, six of which are in the Western Balkans, is set up to extend the bloc’s energy policy.

Most Western Balkan countries have failed to fulfil the first requirement to meet EU industrial emissions standards despite commitments their governments made in 2005.

Yet, the region is planning to add new coal capacity, mostly lignite, which is widely available and cheap, but more polluting than other kinds of coal.

The EU candidate Montenegro, is the only regional country to have introduced a law to limit the emission of greenhouse gases, as well as an emission trading scheme for large industrial emitters.

Kopac said it could serve as an example to its Balkan peers, which could collect the tax and re-invest it into energy efficiency, renewable energy capacities and a just transition of coal-reliant regions to lower carbon energy.

“Imports jumped because it pays off and the price difference is incredible. But this is becoming a political problem for the EU as its members are closing down their coal capacities and import power from the surrounding area,” Kopac added.