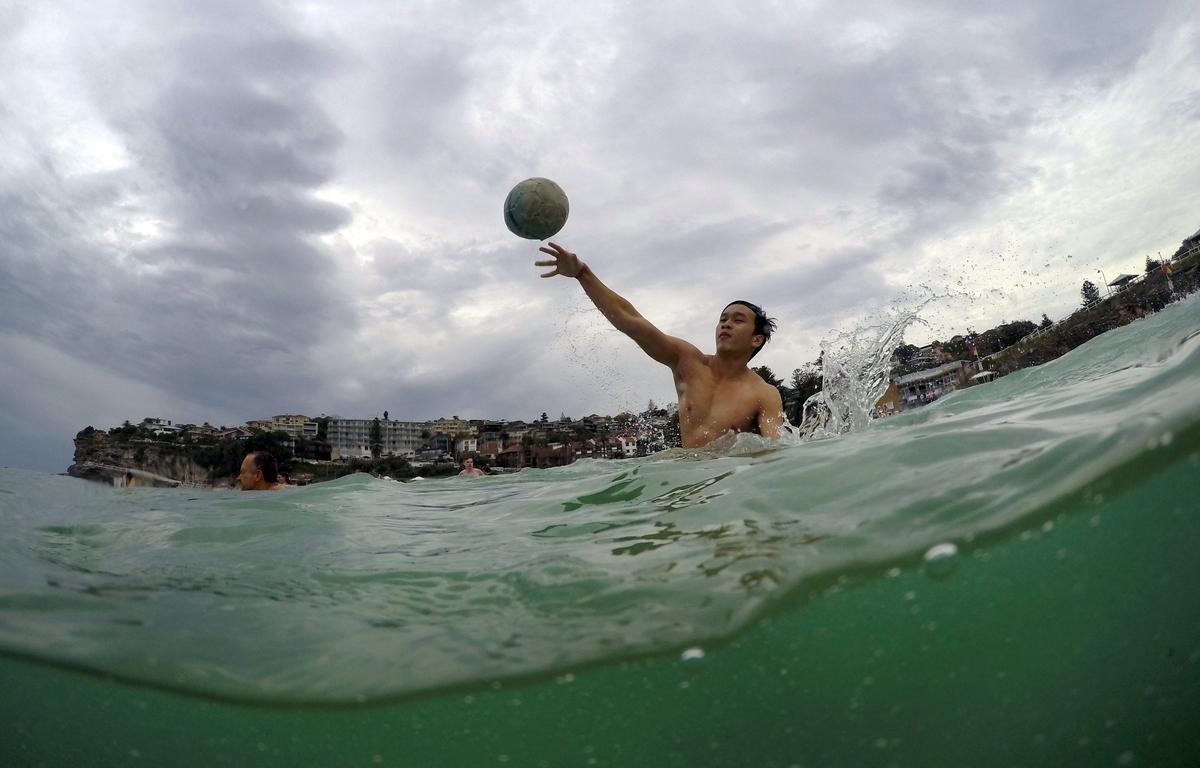 SYDNEY (Reuters) – Australian summers are now effectively twice as long as its winters as climate change has increased temperatures since the middle of the last century, research released in the wake of the nation’s unprecedented fire season showed on Monday.

FILE PHOTO: A swimmer throws a ball in the Pacific Ocean off Sydney’s beachside suburb of Bronte, December 14, 2016 during an early summer heatwave as the temperature in Sydney reached 37.1 degrees Celcius on December 14, 2016 according to the Australia’s Bureau of Meteorology. REUTERS/Jason Reed

The report by the Australia Institute, a Canberra-based think tank, compared data from the past two decades with mid-20th century benchmarks of temperatures at the calendar start of seasons in temperate and sub-tropical parts of the country.

Over the last two decades, summer across most of Australia has been on average one month longer than half a century ago, while winter has contracted by an average three weeks.

Over the past five years, the analysis showed, Australian summers were on average 50% longer than they were in the mid-twentieth century based on temperature readings.

“Our findings are not a projection of what we may see in the future,” said Richie Merzian, climate and energy program director at the Australia Institute. “It’s happening right now.”

The report was released as Australia counts the cost of a devastating and lengthy bushfire season that burned nearly 12 million hectares (30 million acres) of bushland, killing 33 people and an estimated 1 billion native animals.

Dubbed a “black summer” by Prime Minister Scott Morrison, the unusually prolonged and intense bushfires have increased pressure on the government to reduce greenhouse gas emissions.

While the major fires have been contained or extinguished, more than a dozen were still burning at the end of February, which traditionally marks the end of summer in Australia.

Scientists have warned that increased temperatures and heatwaves will lead to more dangerous fire seasons and severe weather events, while shorter winters will reduce the window for hazard reduction to mitigate the impact of fires.

The Australia Institute report found that some regional areas, such as Port Macquarie on the mid-north coast of New South Wales state, experienced more pronounced shifts, with seven additional weeks of summer. The Port Macquarie region was one of the hardest hit by wildfires in recent months.

“Extreme heat events are the most fatal of all natural hazards and have been responsible for more deaths in Australia than all other natural hazards put together,” Merzian said.