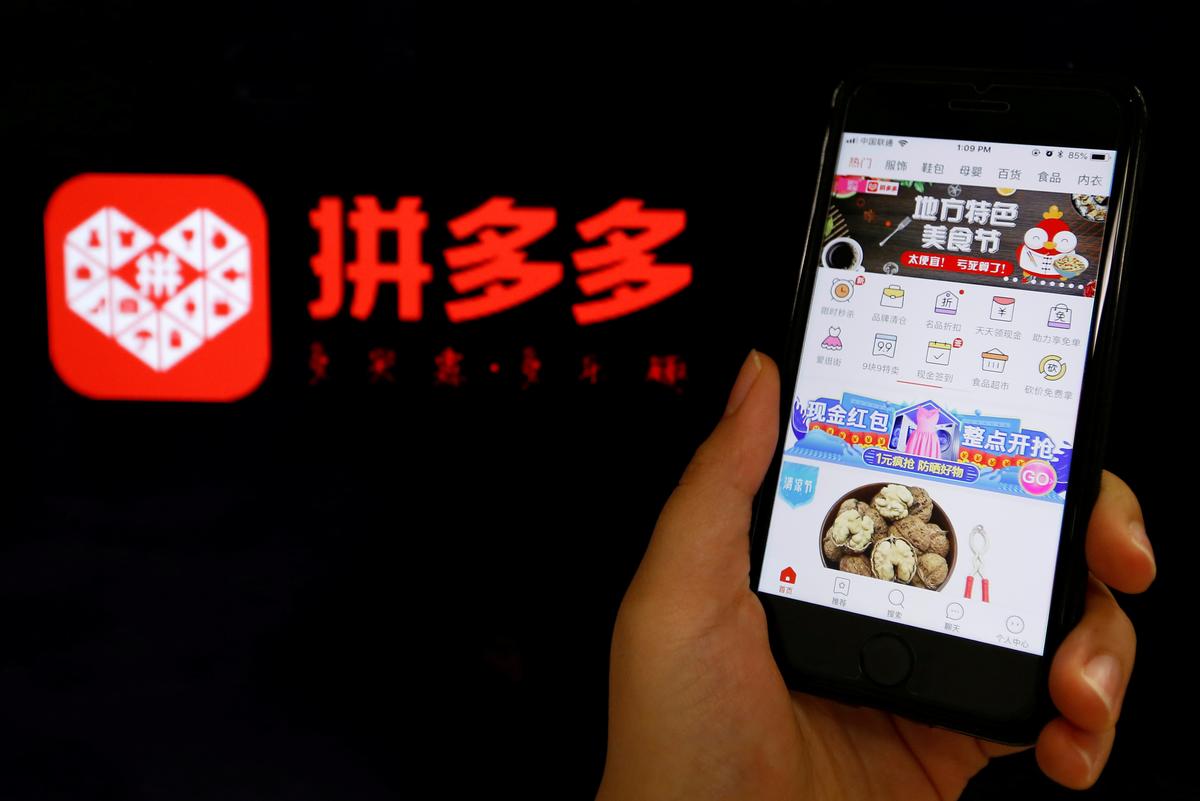 (Reuters) – Chinese e-commerce firm Pinduoduo posted a much wider-than-expected quarterly loss as it fought bigger rivals with heavy subsidies, driving its shares down by nearly a quarter and wiping almost $11 billion off its value on Wednesday.

Pinduoduo’s operating costs more than doubled in the third quarter ended Sept. 30 as the company pursued a strategy of wooing wealthier consumers in big cities while maintaining its lead in less urban towns.

That has pitched the four-year old startup against deep-pocketed incumbents such as Alibaba and JD.com, who are aggressively expanding in rural areas.

“We continued to invest in our users throughout the third quarter, and stepped our marketing up a notch from the second half of September,” Chief Executive Officer Huang Zheng said in a statement.

Huang, who owns about 45% of Pinduoduo and suffered a paper loss of about $5 billion in the stock’s post-results tumble, defended the subsidies as a worthwhile investment to help expand Pinduoduo’s user base and boost engagement in its app.

Before Wednesday, the shares had nearly doubled this year as investors liked the company’s deep-discounting model that offers group-buying deals on grocery and generic products like toilet paper.

It also offered aggressive discounts on brand-name products throughout the year via its so-called 10 billion RMB subsidy campaign.

“Investors are rejecting management’s explanation of rising costs as mere investment, and instead see a possible wobbly business model in competition with larger, better funded rivals.”

The company posted a loss of 1.44 yuan per American depository share, excluding one-time items, compared with the analysts’ estimate of a 0.53 yuan per ADS loss.

Still, some analysts were impressed with the results.

They noted Pinduoduo’s 123% revenue growth in the quarter and a 75% surge in annual spending per active buyer this year through September versus the year-ago period.

Annual active buyers by the end of September reached 536.3 million, up 39% from a year ago, putting Pinduoduo within reach of Alibaba, which reported active users at 693 million earlier this month.

FILE PHOTO: People are seen at their desks at the headquarters of Chinese online group discounter Pinduoduo in Shanghai, China July 25, 2018. REUTERS/Stringer/File Photo

Huang talked up Pinduoduo’s rapid increase of users in bigger cities, saying they were spending well over 5,000 yuan ($710.71) a year as the company has started selling pricier products such as Dyson hair dryers and La Mer facial creams.

“We think Pinduoduo in fact did pretty well in the quarter and we see business has developed very solidly.”

Reporting by Akanksha Rana in Bengaluru and Sophie Yu in Beijing; Writing by Josh Horwitz; Editing by Sayantani Ghosh and Muralikumar Anantharaman