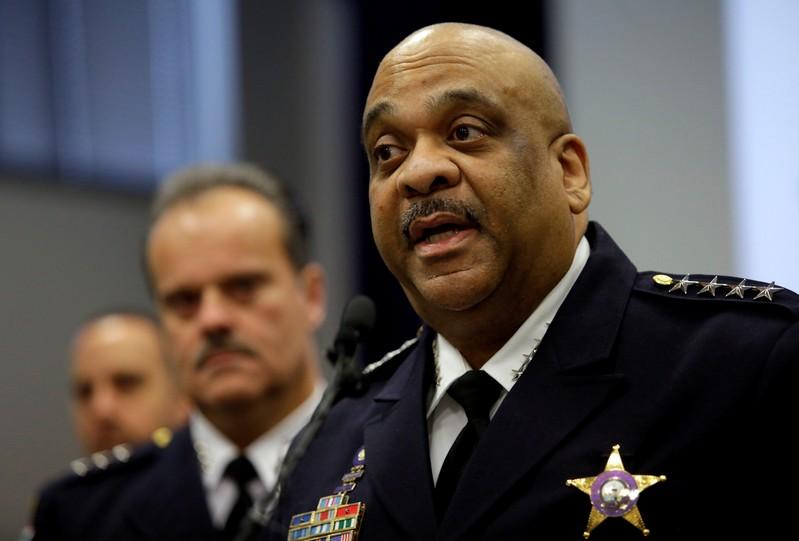 CHICAGO (Reuters) – Chicago Mayor Lori Lightfoot fired Police Superintendent Eddie Johnson on Monday even though he was about to retire, accusing him of lying to her about an incident in October when patrol officers found him sleeping in his car.

Johnson’s termination comes weeks after he announced his retirement after leading the second-largest U.S. police force for three years, saying that the job had taken a toll on his health, family and friends.

In the early morning of Oct. 17, police officers found Johnson, 59, in his car. He initially said he had fallen asleep due to blood pressure medication, but local media later reported that he had told Lightfoot he had a “couple of drinks” before driving.

At a news conference, Lightfoot refused to disclose details of her accusations against Johnson, saying only that there were inconsistencies between what he told her and what she saw on a video recording of the incident.

“He told me something that happened that night that turned out to be fundamentally different than what he portrayed to me and portrayed to members of the public,” she said.

Lightfoot said that it became clear that Johnson “engaged in a series of actions that are intolerable for any leader in a position of trust” after she reviewed the city’s ongoing investigation.

Johnson did not comment to local media on Monday when asked in front of his home about his termination.

Johnson said when he announced his retirement on Nov. 7 that he would stay on the job through the rest of the year to help with the transition to a successor. Former Los Angeles Police Chief Charlie Beck was made Chicago’s interim police superintendent a day later.

Lightfoot said on Monday that if she knew the truth, she would not have participated in the “celebratory” press conference held to announce Johnson’s retirement.

“We require a leader whose actions reflect the integrity and legitimacy of what it means to be a Chicago Police Officer,” Lightfoot said. “I am confident that incoming Interim Superintendent Beck is such a leader.”