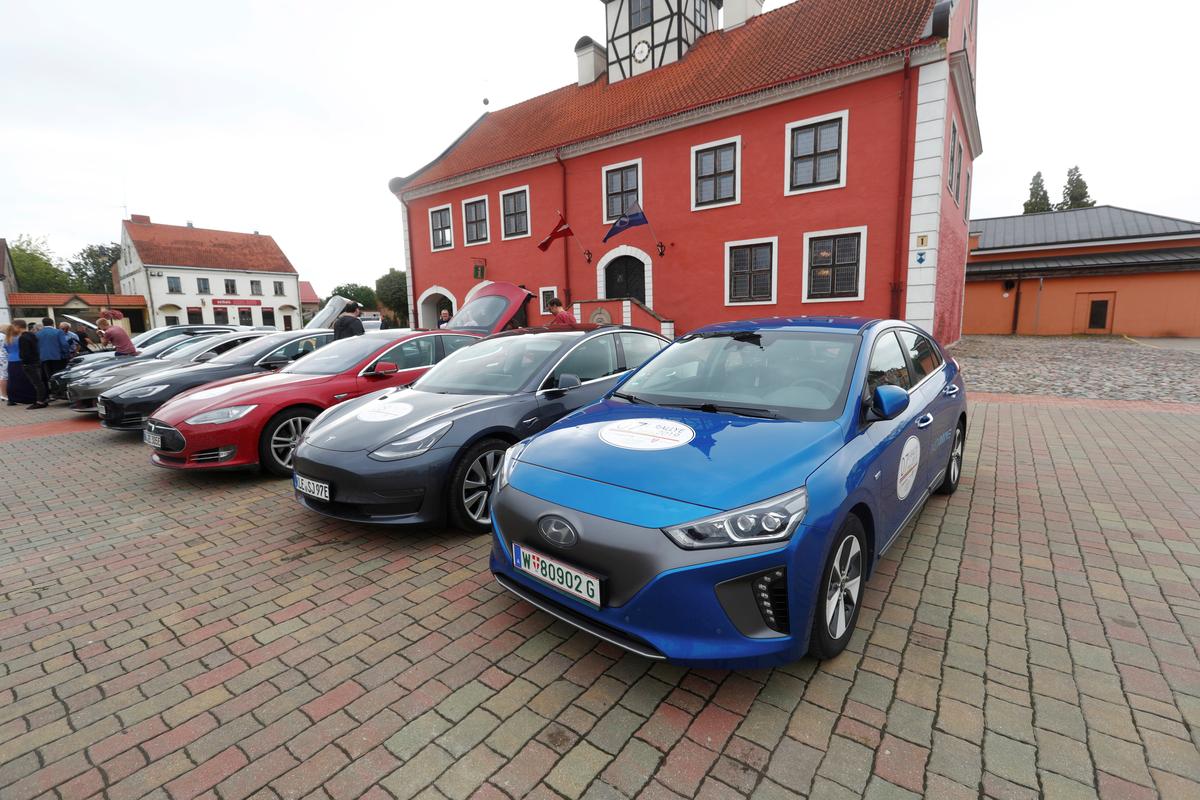 BERGAMO, Italy (Reuters) – Brembo’s distinctive colored brakes stop many of the world’s fastest cars but when it comes to the electric vehicles of the future it faces a problem – traditional brakes are noisy.

Without the roar of performance petrol engines to drown out its brakes in action, they risk being a distraction for drivers enjoying the relative silence of their battery powered vehicles.

Developing quieter brakes is just one of the challenges the company faces as it looks to expand beyond its traditional businesses and outrun threats to legacy technology as the auto industry evolves for a digital age.

Brembo is developing lighter, electrical brake-by-wire mechanisms used in electric cars to replace traditional hydraulic brakes and faces a threat to its business from so-called regenerative braking systems that capture energy lost when cars slow down and pump it back into the battery.

“Electric engines make no noise, so the braking system could eventually be annoying for the passengers,” said Brembo’s Executive Deputy Chairman Matteo Tiraboschi.

“They might even be watching a movie in the future while sitting in their cars, thanks to autonomous driving, so our aim is also to make braking increasingly quiet,” he told Reuters at Brembo’s headquarters in Bergamo.

Founded in 1961 in a small workshop near the northern Italian city, the family-owned company believes an acquisition is the answer so it can expand into digital devices and keep pace with changes in how cars are designed and used.

Brembo is not alone. German auto parts maker ZF Friedrichshafen, for example, bought U.S. rival Wabco for over $7 billion this year to strengthen its expertise in autonomous-driving technologies.

“Cars will be more and more a service,” Tiraboschi said. “People will look less and less into performance. A bulb’s light is either on or off, all electric engines will immediately release they power.”

“What people will look at is interiors, comfort, infotainment,” he said.

Tiraboschi said the brake maker, which supplies premium brands such as Ferrari, Tesla, BMW and Mercedes as well as several Formula 1 teams, was looking at the auto sector for acquisitions.

“We must complete the range of products we offer but that must be consistent with what we do,” he said, adding that Brembo’s search was focused on businesses including electronics, autonomous driving and infotainment.

Tiraboschi said in June the company, which has a market capitalization of 3.1 billion euros ($3.5 billion), was eyeing a target of “significant size” – even as big as Brembo itself.

Earlier this year, the company approved a loyalty share scheme that allows its family owners to retain control even if their stake falls below 50% after an acquisition.

While Brembo’s sales are expected to fall by about 2%-3% this year from 2.64 billion euros in 2018 due to persistent global weakness in the auto industry, Tiraboschi said he wants to double revenue in the coming years.

“It’s hard to do it just with what we do today, as our market shares are already very high,” he said. “We must think of something different from braking systems.”

Andrea Balloni, an analyst at Mediobanca, said the revenue goal was “challenging but doable through an acquisition”.

“However, it poses risks in terms of margin reduction and paying a high premium for the acquisition at a time when the whole automotive sector trades at very low multiples,” he said.

The shift towards regenerative brakes, which are connected to the electronic brain of electric cars, could also reduce the amount carmakers and consumers are willing to spend on the traditional callipers, pads and discs, analysts say.

Luca Testa at consultancy AlixPartners said he expected traditional brakes to lose relevance: “So probably they will be smaller, cheaper and requiring less maintenance.”

Tiraboschi, however, said he was convinced electric mobility did not mark the end of traditional brakes, as high-performance braking systems would be fundamental for heavier cars.

“If you drive on a mountain road or need to brake suddenly, you’ll need traditional brakes,” he said. “I cannot imagine you’ll be able to safely brake just with an electric system – if you drive a high performance car.”