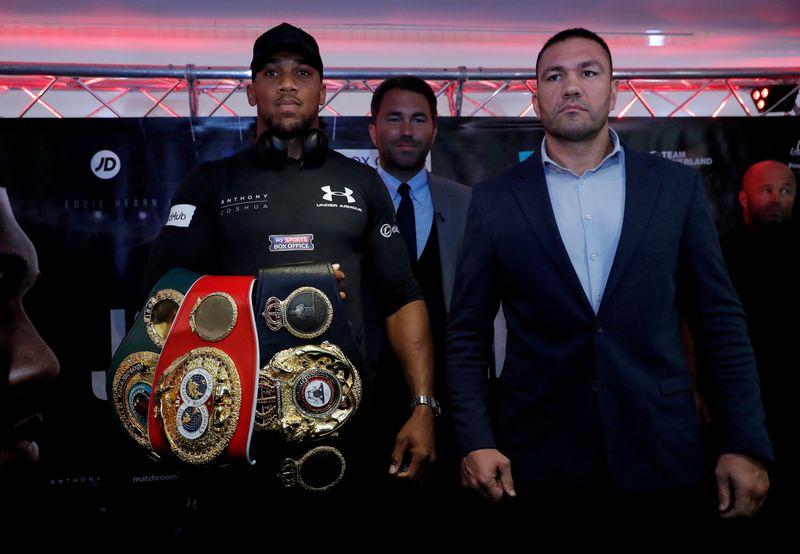 (Reuters) – The IBF’s mandatory challenger Kubrat Pulev said he will donate half of his purse from the world heavyweight title fight against Briton Anthony Joshua to help medical workers fight the “devilish” coronavirus.

The 38-year-old Bulgarian is expected to earn around $5 million from the fight, which has been postponed due to the pandemic, having originally been scheduled for June 20 at the Tottenham Hotspur Stadium in London.

“I will donate 50% of the money I earn from the match with Joshua to the tireless heroes in the fight against the coronavirus,” Pulev told German daily Bild on Sunday.

“I will give doctors, nurses and hospitals the necessary equipment to deal with this devilish virus.”

Last month Pulev said the fight would take place “toward the end of the year” due to the outbreak and that he would have no problem fighting without spectators in attendance.

Pulev, one of Bulgaria’s most popular sportsmen, had previously challenged for the IBF world heavyweight title in 2014 but lost to Wladimir Klitschko in Hamburg when he was knocked out in the fifth round.

The 30-year-old Joshua reclaimed the WBA, WBO and IBF belts with a unanimous points win over Andy Ruiz Jr in December.