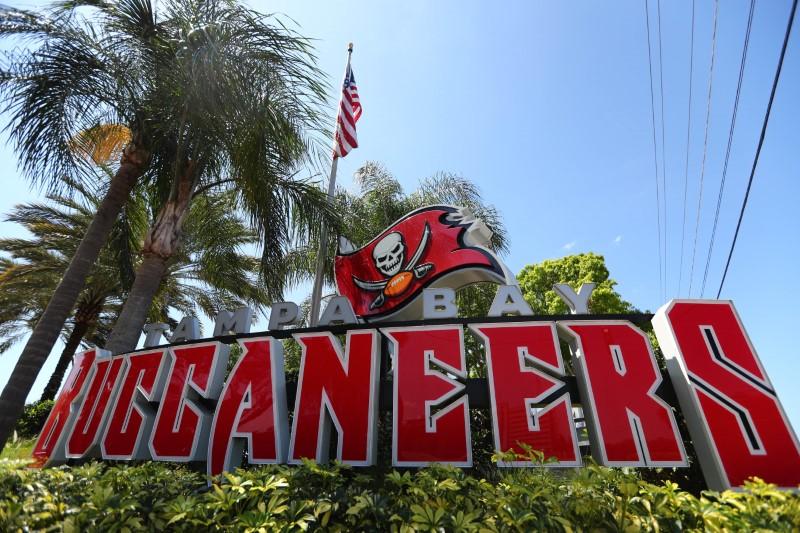 Tom Brady and his new teammates in Tampa Bay will take the field in 2020 in a look that resembles what the Buccaneers wore when they won Super Bowl XXXVII.

The Buccaneers introduced their long-awaited ensemble on Tuesday. While some fans had hoped they’d go back to their expansion team orange-based uniform, instead they chose to stick with the red, black, white and pewter of the 2000s.

Gone are the jerseys that featured one color along the shoulders and at the neck with a different color below. The uniform tops now are a solid color, with the players’ numbers atop the shoulders and the team’s pirate ship with black sails on the sleeves. The numbers now are standard issue, a change from the numbers of recent years that looked better suited to a digital clock.

“This new but familiar look is a direct result of the valuable feedback we received from our fans,” Buccaneers owner/co-chairman Ed Glazer said in a statement. “We are excited to return to our classic Super Bowl era uniforms while also introducing a sleek Color Rush uniform that showcases our signature pewter in a new and dramatic way. The refreshed classic design of our home and away combinations bridges our past with our exciting new future, and we are confident it will resonate with our fans.”

Tampa Bay last redesigned the uniforms in 2014. In the five seasons they wore them, the Buccaneers were 34-62 and failed to reach the playoffs.

From 1976-96, the Buccaneers wore orange and white uniforms that many have said looked like a “creamsicle.” They changed their color scheme in 1997 and wore those uniforms until 2013.

The Bucs will keep the same pewter helmet but are shifting to a black face mask instead of chrome. And the numbers and piping will have a hint of orange, an homage to their original uniforms.