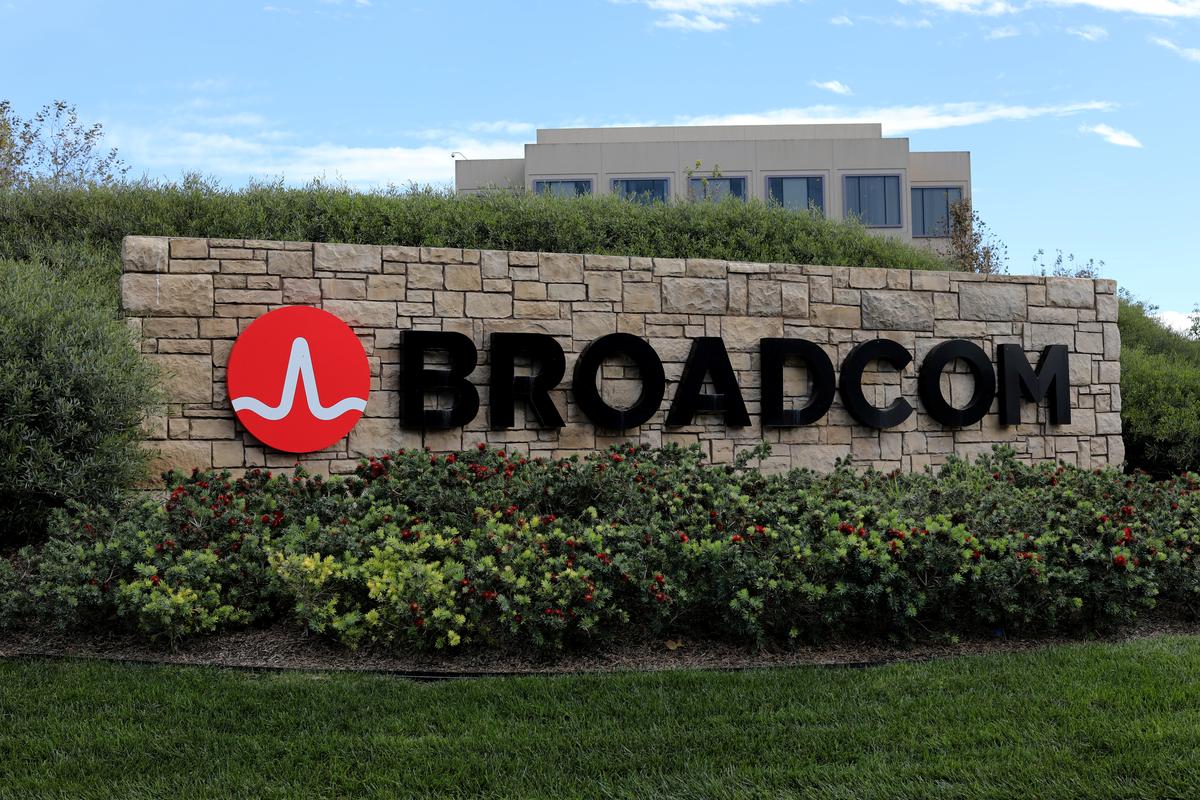 (Reuters) – Broadcom Inc (AVGO.O) forecast full-year 2020 revenue above Wall Street estimates on Thursday, as the company expects to benefit from strong demand for its chips from rising 5G adoption and growth in its software business.

The company also beat fourth-quarter revenue and profit estimates, boosted by growth in the software business that helps to manage and secure applications across mobile, cloud and mainframe platforms.

Broadcom has diversified its revenue streams and ramped up its infrastructure software business through several acquisitions, the latest being a $10.7 billion deal for Symantec Corp’s enterprise security unit, as its semiconductor business came under pressure from the prolonged U.S.-China trade war and sanctions on China’s Huawei Technologies.

Semiconductor business will return to year-over-year growth in the second half of the company’s fiscal year, Chief Executive Officer Hock Tan said in a statement.

The company expects full-year revenue to be about $25 billion, plus or minus $500 million, beating analysts’ estimate of $23.79 billion, according to IBES data from Refinitiv.

Broadcom reported revenue of $5.78 billion in the fourth quarter, edging past estimates of $5.73 billion.

Excluding items, the company reported profit of $5.39 per share, topping expectation of $5.35.

Reporting by Ayanti Bera in Bengaluru; Editing by Sriraj Kalluvila

Prepare to study in Canada
Study permit: Who can apply
Ontario Immigration’s PNP Gets Increased 2022 Nomination Allocation
Spike in Canadian Immigration Due to New US Abortion Restrictions
Canada Immigration Drives Fastest First Quarter Population Growth For 30 Years
Canada Has 3 Of The Most Livable Cities In The World
Temporary Workers, International Students More And More Important To Canada