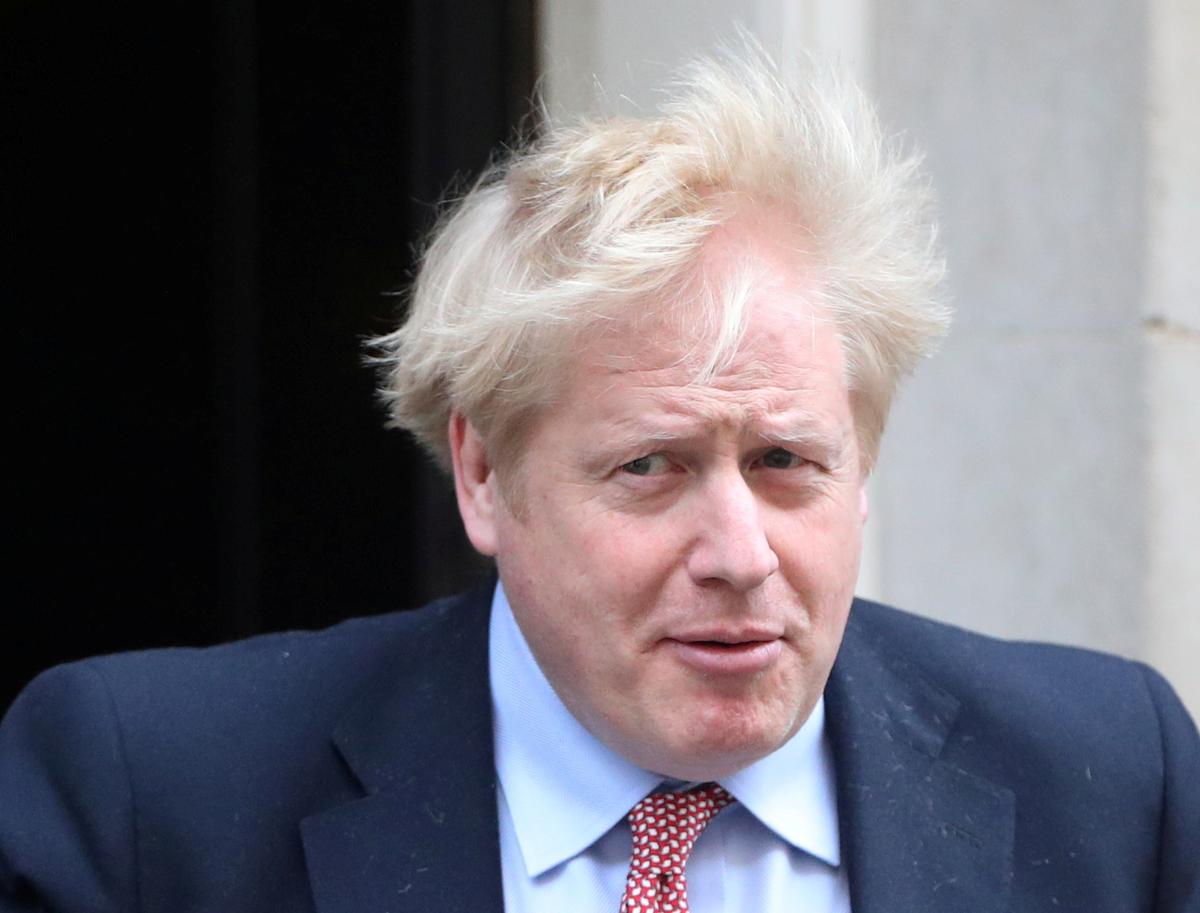 LONDON (Reuters) – British Prime Minister Boris Johnson was still in hospital on Monday suffering persistent coronavirus symptoms 10 days after testing positive for the virus, although Downing Street said he remained in charge of the government.

“The PM is still at hospital,” a British government source said. “He spent the night in hospital.”

Johnson, who had been isolating in Downing Street after testing positive for the virus last month, was taken to hospital on Sunday night because he still had a high temperature and his doctors felt he needed additional tests.

“On the advice of his doctor, the prime minister has tonight been admitted to hospital for tests,” his Downing Street office said in a statement on Sunday.

“This is a precautionary step, as the prime minister continues to have persistent symptoms of coronavirus ten days after testing positive for the virus,” the statement added.

On March 27, Johnson became the first leader of a major power to announce that he had tested positive. The 55-year-old went into isolation at an apartment in Downing Street and said on Friday he was staying there as he still had a high temperature.

Downing Street underscored that this was not an emergency admission and that Johnson remained in charge of the government. Foreign Secretary Dominic Raab will chair the government’s emergency COVID-19 meeting on Monday, a source said.

With only an unwieldy collection of sometimes ancient and contradictory precedents to go by, there is no simple, formally-enshrined “Plan B” or succession scenario should the prime minister become incapacitated.

Queen Elizabeth, who delivered a rallying call on Sunday to the British people just as Johnson was admitted, has been informed of his admission to hospital, Buckingham Palace said. It made no further comment.

U.S. President Donald Trump said Johnson was a “strong man” as he passed on his nation’s best wishes.

“All Americans are praying for him,” Trump told a news conference. “He’s a friend of mine, he’s a great gentleman and a great leader, and as you know he went to the hospital today but I’m hopeful and sure that he’s going to be fine.”

The pound fell against the dollar and euro, and was trading at $1.2227 on Monday.

“When a head of state or government is stricken like this, it will cause concern for holders of sterling and sterling assets,” said Masafumi Yamamoto, chief currency strategist at Mizuho Securities in Tokyo.

Johnson, the face of the 2016 Brexit campaign, won a resounding election victory in December before leading the United Kingdom out of the European Union on Jan. 31.

But he has faced criticism for initially approving a much more modest response to the novel coronavirus outbreak than other major European leaders, telling a news conference on March 3 that he had been shaking hands with coronavirus patients.

He then changed tack when scientific projections showed a quarter of a million people could die in the United Kingdom.

Johnson effectively shuttered the world’s fifth-largest economy, advising people to stay at home and the elderly or infirm to isolate themselves for weeks.

The virus, though, had already penetrated the British government.

From an apartment above Number 11 Downing Street, and with food brought to his door, Johnson continued to lead the government’s response and chaired meetings via video conference.

He has posted a series of video messages on Twitter since then, initially appearing in a suit and tie but in the latest post on Friday, he appeared weary, sitting in a chair with his shirt open at the neck.

“Although I’m feeling better and I’ve done my seven days of isolation, alas I still have one of the symptoms, a minor symptom, I still have a temperature,” he said.

Downing Street refused to say what tests Johnson was to have in hospital, but experts said a person of the prime minister’s age with COVID-19 symptoms after 10 days would likely be assessed for their oxygen levels, lung, liver and heart functions, and undergo an electrocardiogram heart check.

“We don’t know exactly why the PM has gone to hospital except we have been told he is having tests,” said Derek Hill, professor of medical imaging science at University College London.

“Many people attending hospital with COVID-19 have difficulty breathing. Some people are rapidly discharged. Some others can quickly deteriorate and need help breathing. We have no reason to believe the PM needs such help.”

Health officials said on Sunday the UK death toll from the coronavirus had risen by 621 to 4,934.