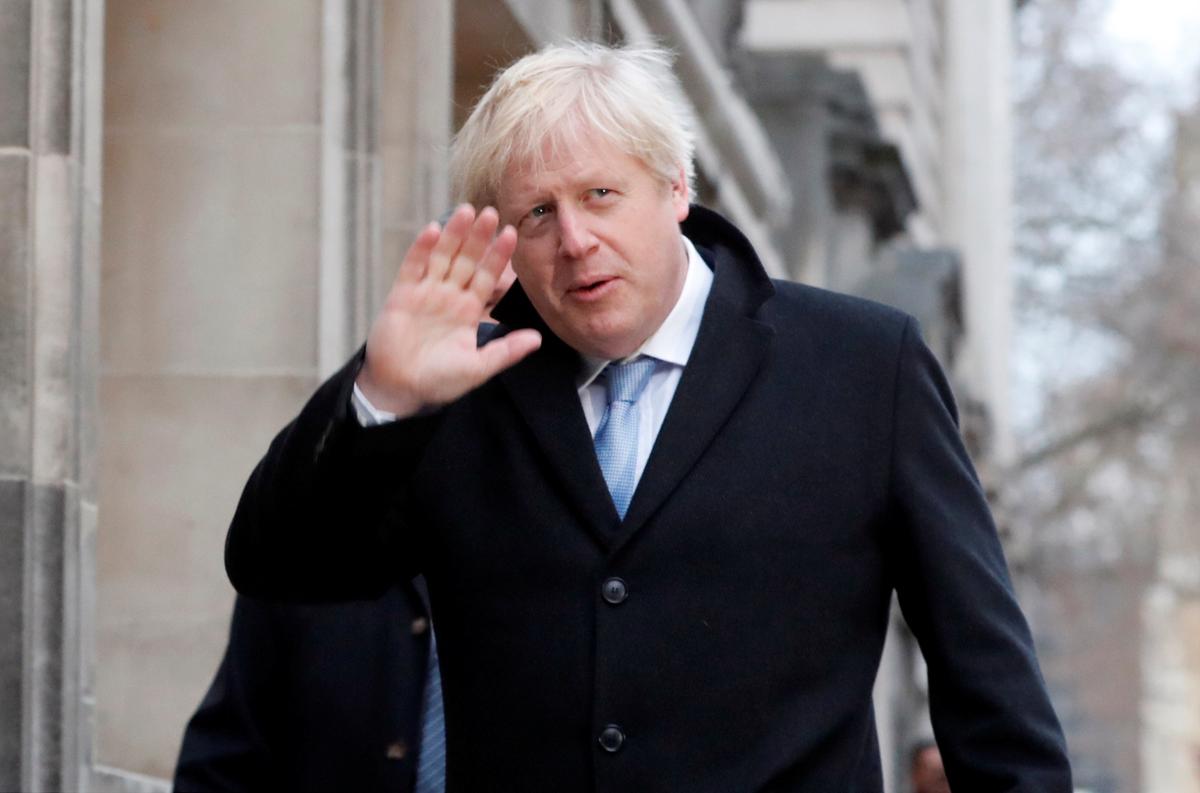 LONDON (Reuters) – Prime Minister Boris Johnson’s Conservative Party will win a resounding victory in Britain’s election with a parliamentary majority of 86 seats, an exit poll showed on Thursday, empowering him to deliver Brexit on Jan. 31.

Britain’s Prime Minister Boris Johnson waves as he arrives at a polling station, at the Methodist Central Hall, to vote in the general election in London, Britain, December 12, 2019. REUTERS/Thomas Mukoya

The survey showed Johnson’s Conservatives would win a landslide of 368 seats, more than enough for a very comfortable majority in the 650-seat parliament and the biggest Conservative national election win since Margaret Thatcher’s 1987 triumph.

If the exit poll is accurate and Johnson’s bet on a snap election has paid off, he will move swiftly to ratify the Brexit deal he struck with the European Union so that the United Kingdom can leave on Jan. 31 – 10 months later than initially planned.

“I hope you enjoy a celebration tonight,” Johnson told supporters in an email. “With any luck, tomorrow we’ll be getting to work.”

Labour were forecast by the poll to win 191 seats, the worst result for the party since 1935. The Scottish National Party would win 55 seats and the Liberal Democrats 13, the poll said. The Brexit Party were not forecast to win any.

Official results will be declared over the next seven hours.

In the last five national elections, only one exit poll has got the outcome wrong – in 2015 when the poll predicted a hung parliament when in fact the Conservatives won a majority, taking 14 more seats than forecast.

John McDonnell, the second most powerful man in the Labour Party, said the election had been dominated by Brexit which has divided the country since 2016.

“What’s clearly come through I think in these results is that this was the Brexit election,” he said. “We were hoping a wider range of issues would cut though and have a debate, I don’t think that has been the case.”

BREXIT FAR FROM OVER

While a majority will allow Johnson to lead the United Kingdom out of the club it first joined in 1973, Brexit is far from over: He faces the daunting task of negotiating a trade agreement with the EU in just 11 months.

After Jan. 31 Britain will enter a transition period during which it will negotiate a new relationship with the remaining 27 EU states.

This can run until the end of December 2022 under the current rules, but the Conservatives made an election promise not to extend the transition period beyond the end of 2020.

A large majority could give him the political security to extend the trade talks beyond 2020.

Johnson called the first Christmas election since 1923 to break what he said was the paralysis of Britain’s political system after more than three years of crisis over how, when or even if to leave the European Union.

The face of the “Leave” campaign in the 2016 referendum, 55-year-old Johnson fought the election under the slogan of “Get Brexit Done”, promising to end the deadlock and spend more on health, education and the police.

The exit poll was produced by three broadcasters – the BBC, ITV and Sky – who teamed up to jointly produce similar surveys in the last three elections, held in 2010, 2015 and 2017.

In 2010 and 2017, their exit polls accurately predicted the overall outcome and were close to forecasting the correct number of seats for the two main parties.

Johnson’s strategy was to breach Labour’s so-called “Red Wall” of seats across the Brexit-supporting areas of the Midlands and northern England where he cast his political opponents as the out-of-touch enemies of Brexit.