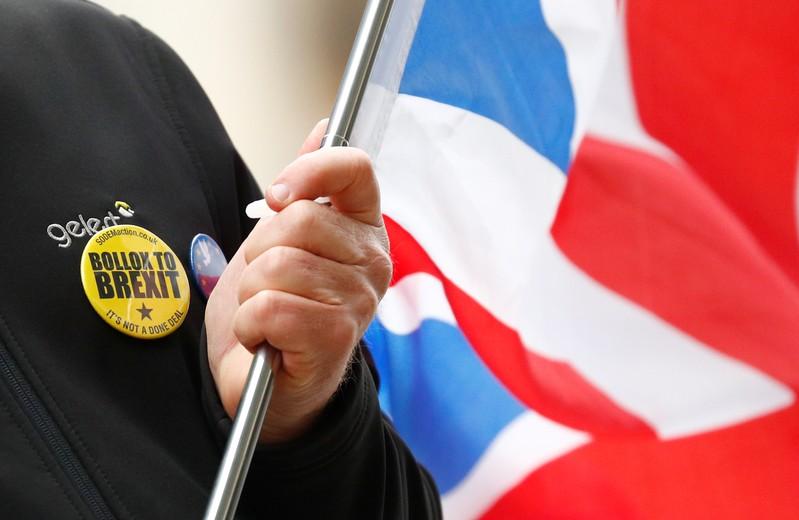 LONDON (Reuters) – Uncertainty surrounding Britain’s exit from the European Union has hit science funding to the tune of almost half a billion euros and is putting off international researchers from coming to Britain, a leading institution said on Wednesday.

An analysis conducted by the Royal Society scientific academy found that the UK’s annual share of EU research funding has fallen by some 460 million euros ($509.40 million) since 2015, making it a less attractive destination for international science talent.

British Prime Minister Boris Johnson has vowed to take Britain out of the EU with or without a deal by the end of October.

Venki Ramakrishnan, the Royal Society’s president, said the potential paralysis of a no-deal Brexit and the current state of chaos had already lead to a dramatic drop in the number of leading researchers who want to come to the UK.

“People do not want to gamble with their careers when they have no sense of whether the UK will be willing and able to maintain its global scientific leadership,” he said in a statement as the analysis was published.

On funding, the Royal Society report found that in 2015 prior to the UK’s referendum on Brexit, Britain secured 1.49 billion euros, or 16% of total grants awarded, under Horizon 2020 – the EU’s research and innovation programme which has around 77 billion euros of funding between 2014 and 2020.

Britain has historically been an attractive place for ambitious and leading researchers to work, the Royal Society report said – but Brexit is tarnishing that reputation.

It cited data from an EU-run scheme known as the “Marie Curie Fellowships”, which is designed to help scientists relocate to foreign institutions.

In 2015, before the referendum, 515 scientists took up these fellowships in British institutions. By 2018, this had dropped to 336.

At the same time, the number of fellowships for scientists relocating to work in Switzerland and Italy rose by 53 each, and Ireland, Spain, Belgium, Norway and Sweden also attracted greater numbers.

“The UK has therefore missed out on attracting 179 internationally excellent scientists to its institutions through this scheme alone in 2018. And our international competitors are benefiting,” the report said.