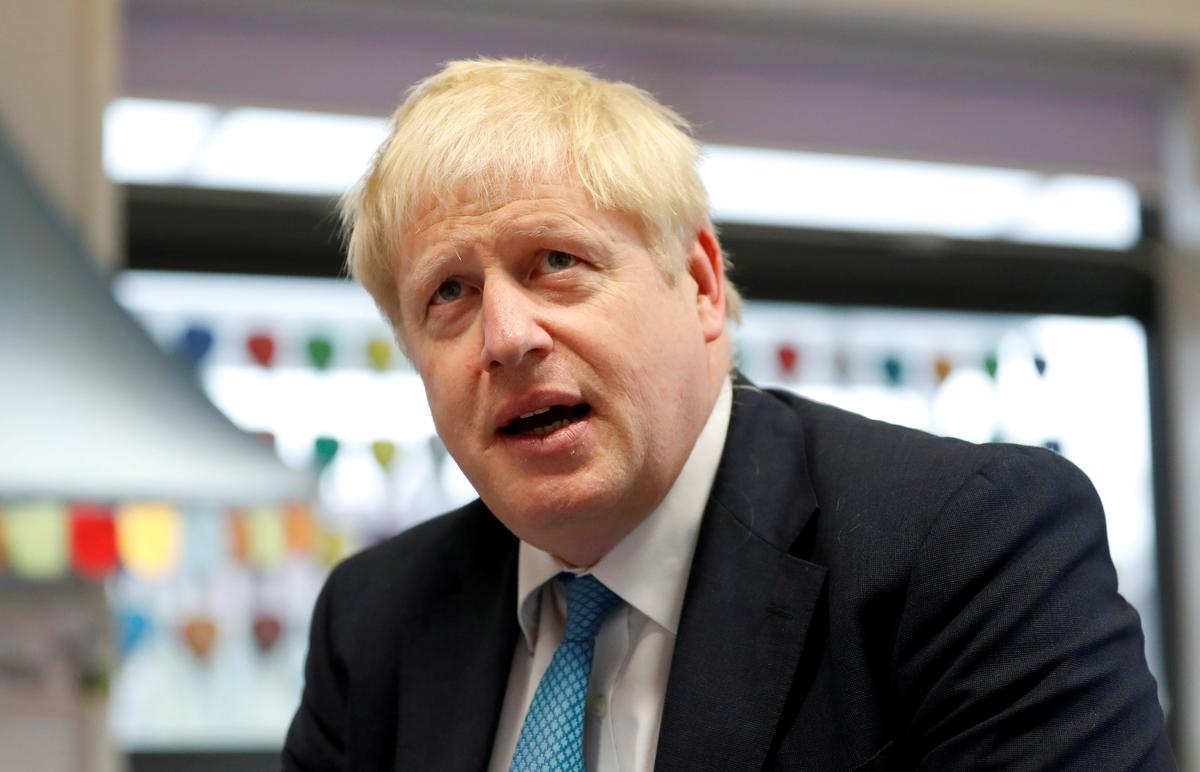 LONDON/LUXEMBOURG (Reuters) – A deal to smooth Britain’s departure from the European Union hung in the balance on Monday after diplomats indicated the bloc wanted more concessions from Prime Minister Boris Johnson and said a full agreement was unlikely this week.

After three years of crisis in London and tortuous negotiations with the EU, a crucial week of last-ditch talks could decide whether Brexit is orderly, acrimonious or delayed yet again.

Johnson says he wants an exit deal with the EU to allow an orderly departure on Oct. 31 but that if one is not possible he will lead the United Kingdom out of the club it joined in 1973 without a deal, though a law demands he delay.

“A deal is possible and it is possible this month, maybe even this week but we are not there yet,” Irish Foreign Minister Simon Coveney said.

“There’s still a lot of work to do, so I hope we can make more progress today,” Coveney said as he arrived at a meeting with his EU counterparts in Luxembourg.

Ever since voters shocked the world by opting for Brexit in a 2016 referendum, Britain’s leaders have failed to find a divorce deal that is acceptable to parliament which is due to sit in an extraordinary session on Saturday.

EU and British negotiators met over the weekend in attempt to reach a breakthrough. EU ministers then meet in Luxembourg before leaders hold a summit in Brussels on Thursday and Friday when they could sign off on any deal that might be reached or even discuss offering Britain an extension.

Johnson, who will set out his legislative agenda in the state opening of parliament on Monday, hopes he can deal strike a deal before the EU summit. But he must then face parliament on Saturday the first such sitting since the Falklands War in 1982.

To get a done deal, Johnson must master the complexities of the Irish border riddle before getting the approval of Europe’s biggest powers and then sell any deal to the parliament in which he has no majority and which he suspended unlawfully last month.

If Johnson is unable to clinch a deal in the Brexit maelstrom, an acrimonious divorce could follow that would divide the West, roil financial markets and test the cohesion of the United Kingdom.

The main sticking point remains the Irish border: how to prevent it becoming a backdoor into the EU after Brexit without erecting controls that could undermine the 1998 peace agreement that largely ended three decades of sectarian violence.

In a bid to break the deadlock, Johnson met Irish Prime Minister Leo Varadkar last week. It is unclear what was agreed, but both said they saw a pathway to a deal.

“It’s up to the Brits do decide if they will ask for an extension,” European Commission head Jean-Claude Juncker said in an interview with Austrian media outlet Kurier. “But if Boris Johnson were to ask for extra time – which probably he won’t – I would consider it unhistoric to refuse such a request.”

Extension options range from as short as an extra month to half a year or longer and the other EU states would need to agree unanimously to grant it.