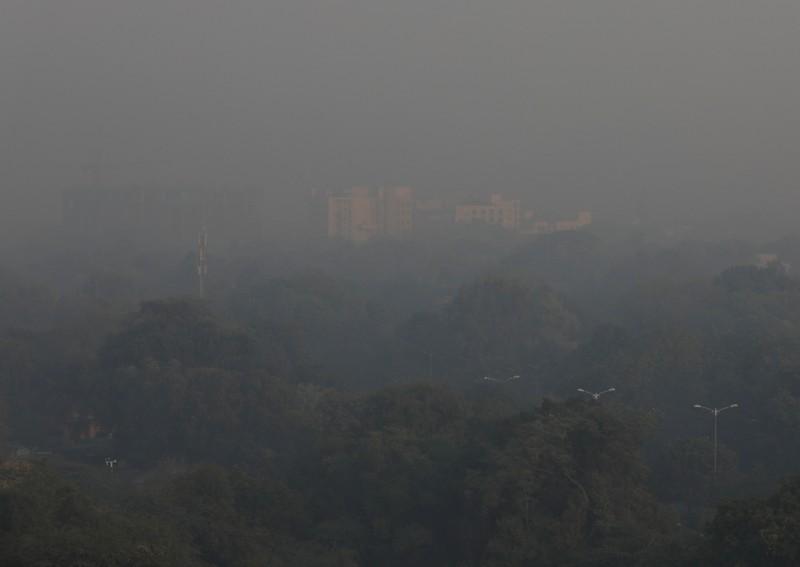 NEW DELHI (Reuters) – The air quality in the Indian capital, New Delhi, improved slightly on Tuesday as the wind picked up to blow away some of the pollution shrouding the city for days.

But the air remained at the “hazardous” level in the teeming capital of more than 20 million people, more than five times the recommended safe limit of 60.

According to the U.S. Embassy’s real-time air quality index, levels of airborne PM 2.5, tiny particulate matter that can reach deep into the lungs, were at 331 on Tuesday morning.

On Monday, the level exceeded 500, exacerbating a public health crisis and prompting the Prime Minister’s Office to step in to check on what various government ministries were doing to help.

The Supreme Court on Monday chided authorities for their failure to curb the pollution and asked the city government, its neighboring states and the federal government to work together to help improve air quality.

The capital is restricting use of private cars until Nov. 15 with an “odd-even” system, allowing cars to use roads on alternate days, depending on whether their license plate ends in an odd or even number.

The city, which has declared a public health emergency, also shut schools on Monday and Tuesday, and banned construction and cracked down on the burning of rubbish.

Every year at this time, farmers in Punjab and Haryana states, where farming is the mainstay, start burning off the rice field stubble in preparation for the sowing season.

The smoke from fields combines with pollution from vehicles and industry to make Delhi the world’s most-polluted capital.

Environmental groups were due to stage a protest on Tuesday at India Gate, the war memorial at the center of the capital, to press for action.