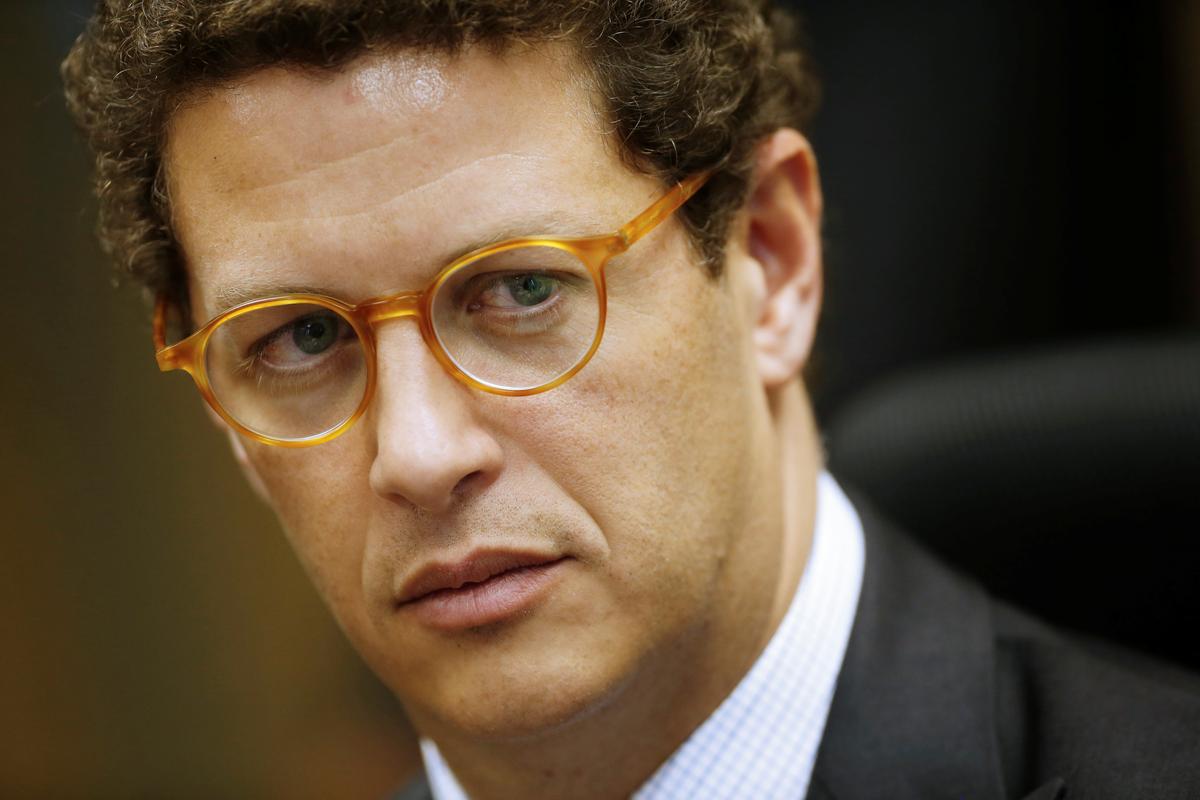 BRASILIA (Reuters) – Brazil’s Environment Minister Ricardo Salles has dismissed a senior analyst who opposed rescinding environmental authorizations for wood exports, according to a notice published in the official government gazette on Monday.

Brazil’s Environment Minister Ricardo Salles looks on during a ceremony to sign a memorandum of understanding on cooperation in urban sustainability with the U.S. Administrator of the Environmental Protection Agency Andrew Wheeler (Not pictured) in Brasilia, Brazil January 30, 2020. REUTERS/Adriano Machado

Reuters reported last month that Brazil had exported thousands of shipments of wood from an Amazonian port over the past year without authorization from the federal environment agency Ibama.

After the issue was discovered, amid heightened controversy over deforestation of the Amazon rainforest under far-right President Jair Bolsonaro, Ibama’s chief rescinded a rule requiring the agency authorize all wood cargoes.

Lifting the rule flew in the face of a group of analysts led by Andre Socrates de Almeida Teixeira, coordinator-general for monitoring biodiversity use and foreign trade, who had pushed for it to be upheld.

According to official notices, Salles had removed Teixeira from his post and replaced him with Rafael Freire de Macêdo, who was already working in a related area.

A source familiar with the matter told Reuters that Teixeira’s firing was in retaliation for his dissent.

“It was more of a political change to appoint someone who is more flexible … to ease controls and facilitate wood exports,” the source said.

Ibama had previously stated that wood cargoes must get export clearance from the federal Revenue Service, which is only granted after cross referencing with the country’s system for overseeing wood to verify that it is of legitimate origin.

As such, Ibama is still be able to make spot inspections of wood cargoes bound for export.

The Amazon is the world’s largest rainforest and its preservation is seen as vital to curbing climate change because of the vast amount of greenhouse gas that it absorbs.

Destruction of the Amazon surged last year, provoking a global outcry, with some foreign leaders and environmentalists blaming the policies of Bolsonaro for emboldening illegal loggers, ranchers and land speculators.

Bolsonaro says poverty in the Amazon is to blame and that he has been unfairly demonized.