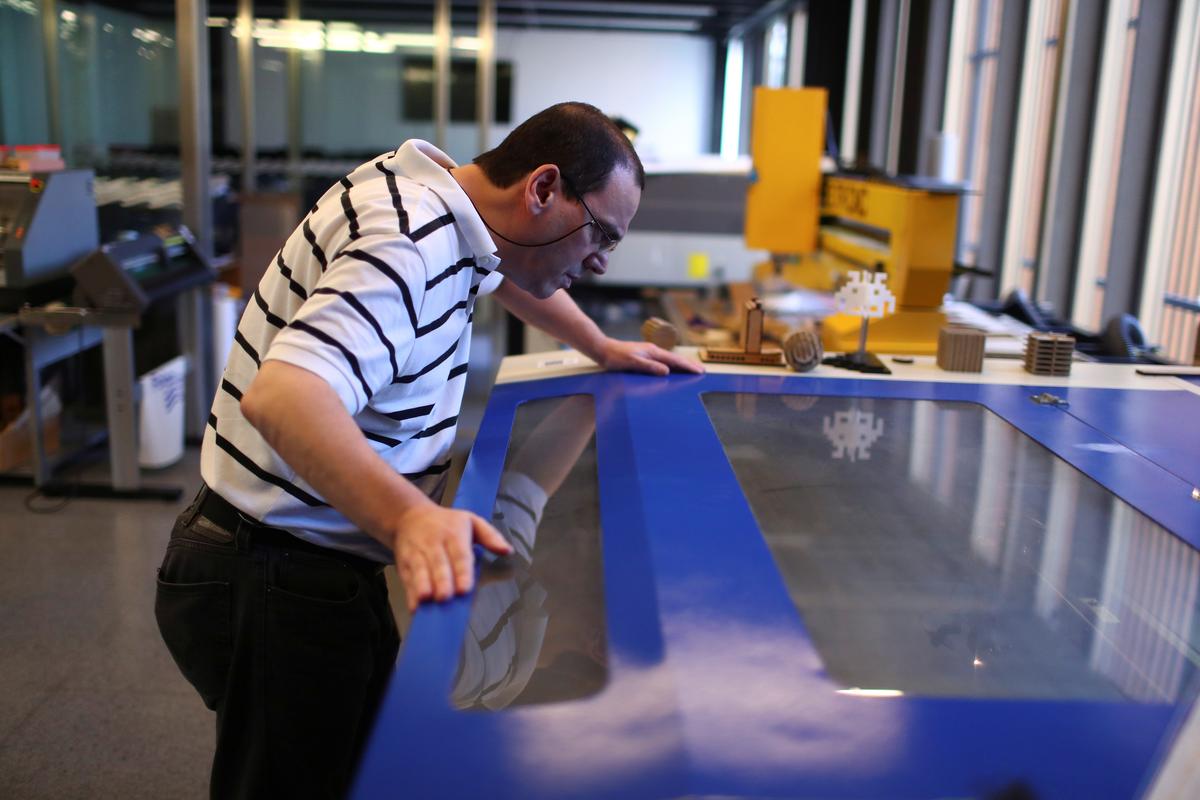 BRASILIA (Reuters) – Brazil on Friday barred all non-resident foreigners from entering the country via its airports to slow the spread of the coronavirus, but President Jair Bolsonaro urged Brazilians to return to work instead of practicing social distancing.

A technical staff works on the 3D printed protective visors made for healthcare professionals, amid the coronavirus disease (COVID-19) outbreak, at the Casa Firjan FabLab in Rio de Janeiro, Brazil March 26, 2020. REUTERS/Pilar Olivares

Brazil’s inconsistent response to the coronavirus outbreak has triggered an ugly dispute between the president and state governors.

Ignoring the pleas of public health experts, Bolsonaro said he wants to keep the economy running, scoffing at the “hysteria” surrounding a virus he calls “a little flu.” He is angry at governors and mayors who have brought states like Sao Paulo and Rio to a near-standstill to contain the outbreak.

On Friday, Bolsonaro launched a “#BrazilCannotStop” television ad, featuring a slogan similar to a campaign in Milan before deaths in Italy soared.

“For the neighborhood salesmen, for the shop owners in city centers, for domestic employees, for millions of Brazilians, Brazil cannot stop,” said the ad, which shows scenes of crowded classrooms and street markets.

The TV advertisement, shared on social media by Bolsonaro allies including his son, Senator Flavio Bolsonaro, was commissioned by the president’s office at a cost of 4.9 million reais ($1 million) without consulting the Health Ministry, according to two people with knowledge of the matter.

A Health Ministry official told reporters it would not comment on Bolsonaro and that guidelines recommending social distancing remained the same.

Sao Paulo Governor Joao Doria, a former Bolsonaro ally who has clashed with the president over his handling of the crisis, called the ad “disinformation.”

“More than 50 countries are in quarantine. So the whole world is wrong and the only person who is correct is President Jair Bolsonaro?” he said on Friday.

Brazil’s central bank on Friday called for emergency bond-buying powers in line with ‘quantitative easing’ policies in other countries, while unveiling a 40 billion reais credit line to help smaller companies with payroll.

Confirmed coronavirus cases in the country jumped to 3,417 on Friday from 1,891 on Monday, as related deaths climbed to 92, according to the Health Ministry.

Bolsonaro’s popularity has slipped during the crisis, and many people across Brazil bang pots and pans in their windows nightly in protest at his handling of it.

The slogan is similar to #MilanWillNotStop, which became popular in northern Italy in February. Italy went on to become a global epicenter of the outbreak, with more deaths than China.

The mayor of Milan, Beppe Sala, has said he regrets sharing the hashtag.

“Many have referred to that video with a hashtag #MilanWillNotStop. It was a video which went viral on the internet. Everyone was sharing it, I also shared it, rightly or wrongly, probably wrongly,” Sala said in a television interview.