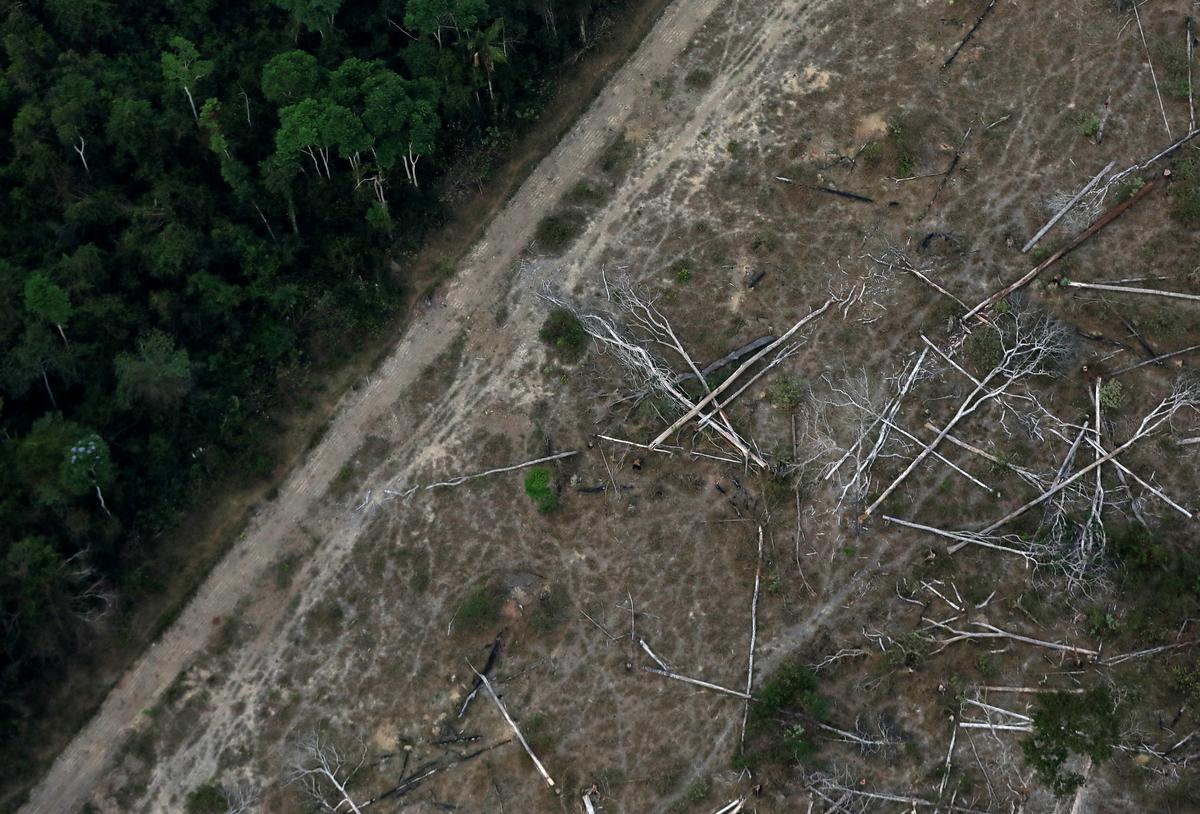 SAO JOSE DOS CAMPOS, Brazil (Reuters) – Deforestation in Brazil’s Amazon rainforest rose to its highest in over a decade this year, government data on Monday showed, confirming a sharp rise under the leadership of right-wing President Jair Bolsonaro.

That’s the worst level of deforestation since 2008, heaping further pressure on the environmental policy of Bolsonaro who favors developing the Amazon region economically.

The Amazon is the world’s largest tropical rainforest and is considered key to the fight against climate change because of the vast amounts of carbon dioxide it absorbs.

Risks to the forest drew global concern in August when fires raged through the Amazon, drawing sharp criticism from France’s President Emmanuel Macron.

At a briefing to discuss the numbers, Environment Minister Ricardo Salles said the rise in deforestation showed the need for a new strategy to combat the illegal logging, mining and land grabbing which he said were to blame for the increase in deforestation.

Beef prices are also at record highs in Brazil, encouraging land grabbing for cattle ranching which is one of the biggest drivers of deforestation in the region.

Environmentalists and nongovernmental organizations place the blame squarely on the government, saying that Bolsonaro’s strong pro-development rhetoric and his policies to weaken environmental enforcement are behind the rise in illegal activity.

“The Bolsonaro government is responsible for every inch of forest destroyed. This government today is the worst enemy of the Amazon,” said Marcio Astrini, public policy coordinator for Greenpeace, in a statement.

Brazil’s Climate Observatory, a network of nongovernmental organizations that includes Greenpeace, said that the 2019 increase in deforestation was the fastest in percentage terms since the 1990s and the third fastest of all-time.

Salles said Brazil would roll out a series of measures to counter the rising deforestation, including stepping up enforcement efforts assisted by high-resolution satellite imaging.

The minister said he would meet governors of Amazon states on Wednesday to further discuss tactics to counter deforestation.

All options are on the table for countering deforestation, including activating the military for use in environmental enforcement operations, Salles said.