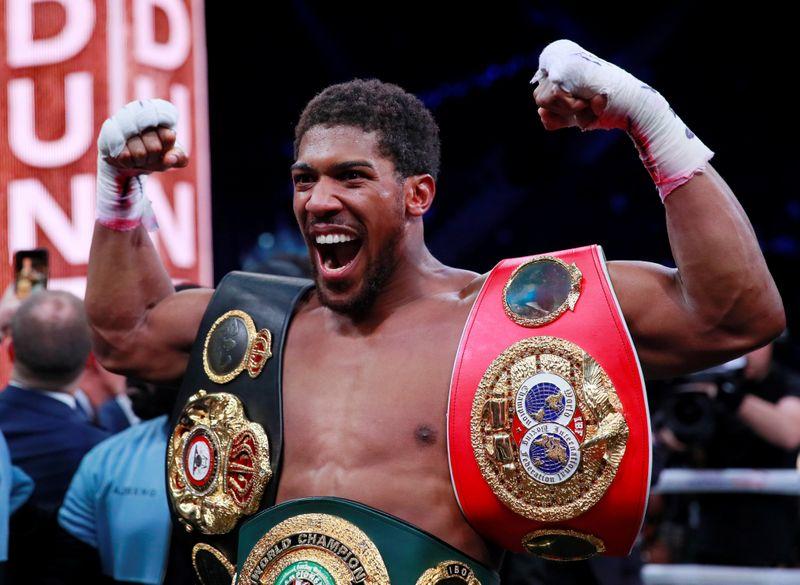 LONDON (Reuters) – A fight between British champions Anthony Joshua and Tyson Fury for the undisputed world heavyweight title “will happen” and could be the biggest in the history of the sport, Joshua’s promoter Eddie Hearn said on Monday.

Hearn told Sky Sports television he would do everything possible to agree a deal, and both sides would be “clowns” and “idiots” if they did not make the fight happen.

He warned, however, that while both men would want the fight to be in Britain, the money coming from overseas might be too much to turn down.

Joshua, whose last fight was in Saudi Arabia, holds the WBA, IBF, WBO and IBO belts while Fury annexed the WBC belt with a seventh round stoppage of American Deontay Wilder in Las Vegas on Saturday.

“Everybody is very clear on this. Everybody wants this fight — Anthony Joshua, Tyson Fury, MTK, Top Rank, Frank Warren, Matchroom,” said Hearn, referring to those involved on both sides.

“There are some hurdles to overcome on the broadcasting, but nothing too much.

“I promise you this fight will happen.”

Talks are ongoing for Joshua to fight mandatory IBF challenger Kubrat Pulev, of Bulgaria, next, with Hearn saying this month it was likely to be at Tottenham Hotspur Stadium in London in June.

Fury is also likely to face Wilder again for the third time as part of a rematch clause, with the American having 30 days to decide whether to exercise his option.

“You will get this fight. We will do everything that it takes to make this fight. Last time, you had us and Team Wilder and we were locking heads.