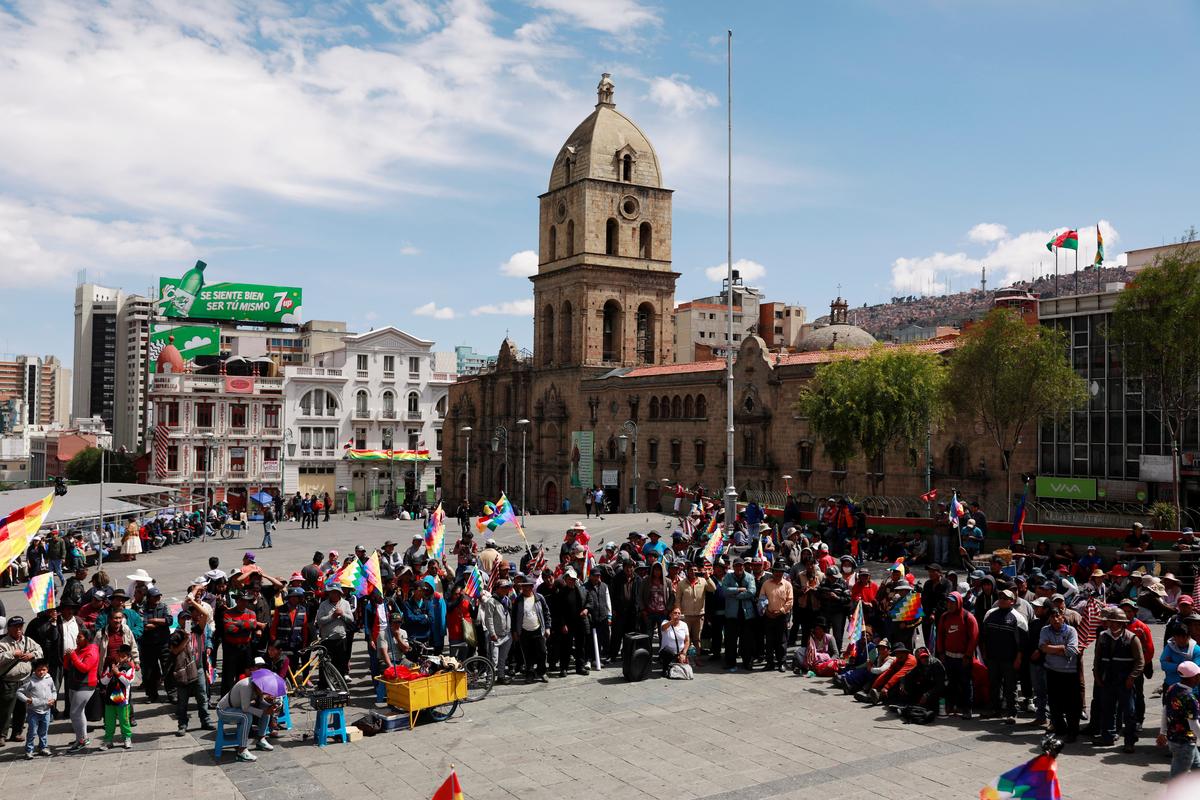 Presidency minister Jerjes Justiniano told reporters the government of interim President Jeanine Anez had established an “air bridge” to supply La Paz, using planes to bypass barricades on highways surrounding the highland capital. He said officials hoped to do the same with other cities cut off from supplies.

Bolivia remained in limbo one week after Morales, a charismatic leftist and former coca farmer, resigned on allegations of vote-tampering. Lawmakers have yet to agree on a date for new elections.

Morales fled to Mexico on Tuesday. But his supporters from largely coca-farming regions the Andean nation have since taken to the streets, sometimes armed with homemade bazookas, handguns and grenades, barricading roads and skirmishing with security forces.

Some Morales supporters have demanded interim President Anez, a former conservative lawmaker, resign. Community leaders aligned with Morales in El Alto on Sunday were calling for a general strike Monday, raising the spectre of further supply shortfalls in the nearby capital.

Anez has agreed to new elections but also moved to quickly to implement changes in policy at home and abroad.

As roadblocks take their toll, many in the poorer neighborhoods of La Paz had taken to cooking over firewood as long lines for liquified gas, canisters and scarce food complicated life.

“I hope things calm down,” said Josue Pillco, a construction worker from a working-class La Paz neighborhood. “We’re not getting any food or gasoline.”

The local ombudsman in the Cochabamba region said police had used live ammunition against protesters, prompting allegations of human rights abuses by security forces under Anez.

Anez has blamed Morales for stoking violence from abroad, and has said her government wishes to hold elections and meet with the opposition to halt protests.

U.N. envoy Jean Arnault said a team would hold meetings with politicians and social groups this week to end the violence and push for “free and transparent elections.”