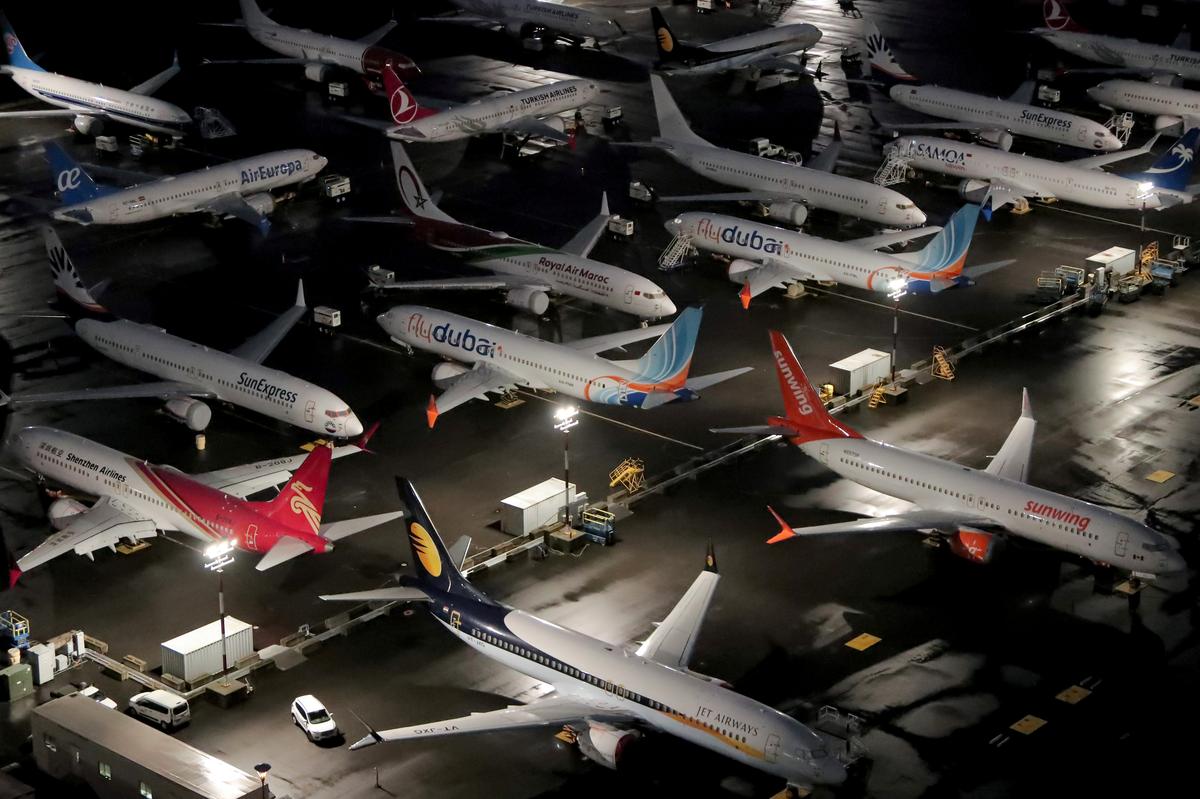 (Reuters) – Boeing Co (BA.N) reported a 53% drop in quarterly profit on Wednesday as the world’s largest planemaker was hurt by the grounding of its best-selling 737 MAX jets.

The profit slump capped a tumultuous week for the world’s largest planemaker, already in the eighth month of a deepening crisis over the grounding of its best-selling single-aisle following deadly crashes.

On Tuesday, the company ousted the top executive of its crucial airplanes division, Kevin McAllister, in an unexpected management shakeup related to the MAX crisis that shines the spotlight on Chief Executive Dennis Muilenburg, whose title as board chairman was stripped earlier this month.

Boeing said it was sticking to its expectation that the MAX would return to service in the fourth quarter, though the timeline was at the mercy of regulators conducting certification reviews.

“Our top priority remains the safe return to service of the 737 MAX, and we’re making steady progress,” Muilenburg said in a statement accompanying the results. Boeing has begun taking steps to increase safety oversight in its industrial operations and at the board level, he added.

It faces tough industrial problems, too.

Boeing said it was delaying plans to step up production on its 737 line in the Seattle-area through 2019, and would not hit a record-level 57 aircraft monthly until late 2020, months later than previously planned.

Citing global trade tensions, it was also reducing the 787 production rate to 12 airplanes per month for approximately two years beginning in late 2020.

Its forthcoming 777X twin-aisle, facing engine issues at General Electric, was progressing through pre-flight testing and remains on track for first flight in early 2020, but the company was now targeting early 2021 for the first delivery of the 777X.

Reporting by Ankit Ajmera in Bengaluru; Editing by Sriraj Kalluvila and Nick Zieminski