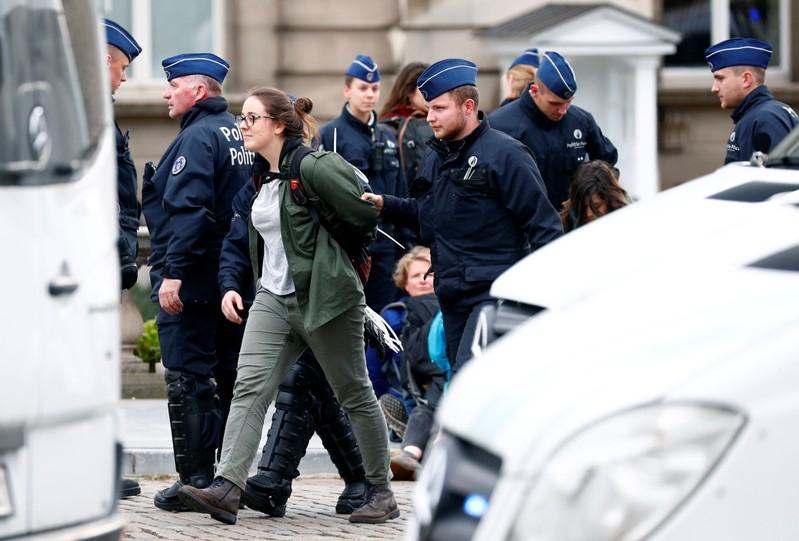 BRUSSELS (Reuters) – Belgian police on Saturday arrested up to 300 Extinction Rebellion protesters in Brussels after water cannon and pepper spray failed to disperse them.

The climate change activists had gathered in front of the Royal Palace in the city center, disrupting traffic. Police declined to give a precise number of arrests but a Reuters cameraman saw between 250-300 protesters being led away.

John Hyland, an Irish volunteer with the movement who lives in Brussels, said the group had planned to occupy the palace’s gardens.

Extinction Rebellion rose to prominence in April when it caused traffic chaos in central London for 11 days, and thousands of its members again marched through the city on Saturday, marking the middle weekend of a two-week campaign of civil disobedience.

The group wants governments to do more to reduce greenhouse emissions and promotes rebellion against the political, economic and social structure of the modern world with a view to averting scientists’ the worst-case climate change scenarios.

As of 5:30 p.m. on Saturday, London police said they had made 1,307 arrests in connection with the latest wave of protests across the city.

Reporting by Christian Levaux in Brussels and Matthew Green in London, writing by Foo Yun Chee; editing by John Stonestreet