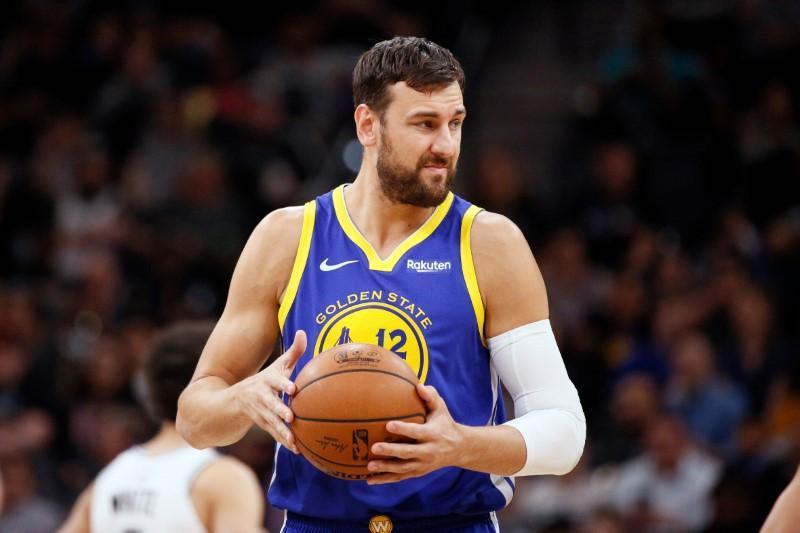 MELBOURNE (Reuters) – Sydney Kings center Andrew Bogut has slammed Australia’s National Basketball League (NBL) for its handling of the coronavirus situation, saying the administration had failed to be proactive and had left players feeling like “pawns”.

The NBL called off its ‘Grand Final’ championship series between Sydney and the Perth Wildcats on Tuesday after the Kings pulled out following Game Three citing health risks and the concerns of foreign players and staff who wanted to return home.

On Thursday the league awarded the championship to the Wildcats, who led the best-of-five series 2-1.

Bogut said the league had made no contact with the players in the days leading up to the Kings’ withdrawal, despite sports across the globe cancelling or postponing competitions and major events due to the coronavirus.

“I think it goes against the grain to just block your ears out and hope that everything works out,” Bogut, a former top draft pick in the United States’ NBA, told reporters in Sydney on Friday.

“That’s what I felt. Outside of the Kings brass, it was a case of ‘la la la la la’. We were told at numerous times when our front office people … reached out to the league, ‘business as usual, everything’s fine.’

“A day later, the NBA shuts down. The day after that, the (Formula One) Grand Prix shut down, and we’re in limbo.

“It’s something the NBL needs to learn from, being a league that prides itself on trying to build and get better.”

The last two games of the series were played in closed arenas after Australian Prime Minister Scott Morrison said his government would issue an advisory to discourage gatherings of 500 or more people.

“You don’t want to feel like a pawn in an organization,” said the 35-year-old Bogut.

“And I think that’s what a lot of players felt, was that we haven’t even been given an afterthought.”

Kings owner Paul Smith also criticized the NBL in a local newspaper, saying they had reneged on a three-way “handshake agreement” with the Wildcats that no winner would be awarded the championship if the series was abandoned due to the virus.

“It was explicitly stated by the Wildcats and the Kings that neither was to have the championship without completing the five-game series,” Smith told the Sydney Morning Herald.

After two days of deliberation, the NBL said on Thursday that awarding the Wildcats the title was the only appropriate outcome according to league rules.