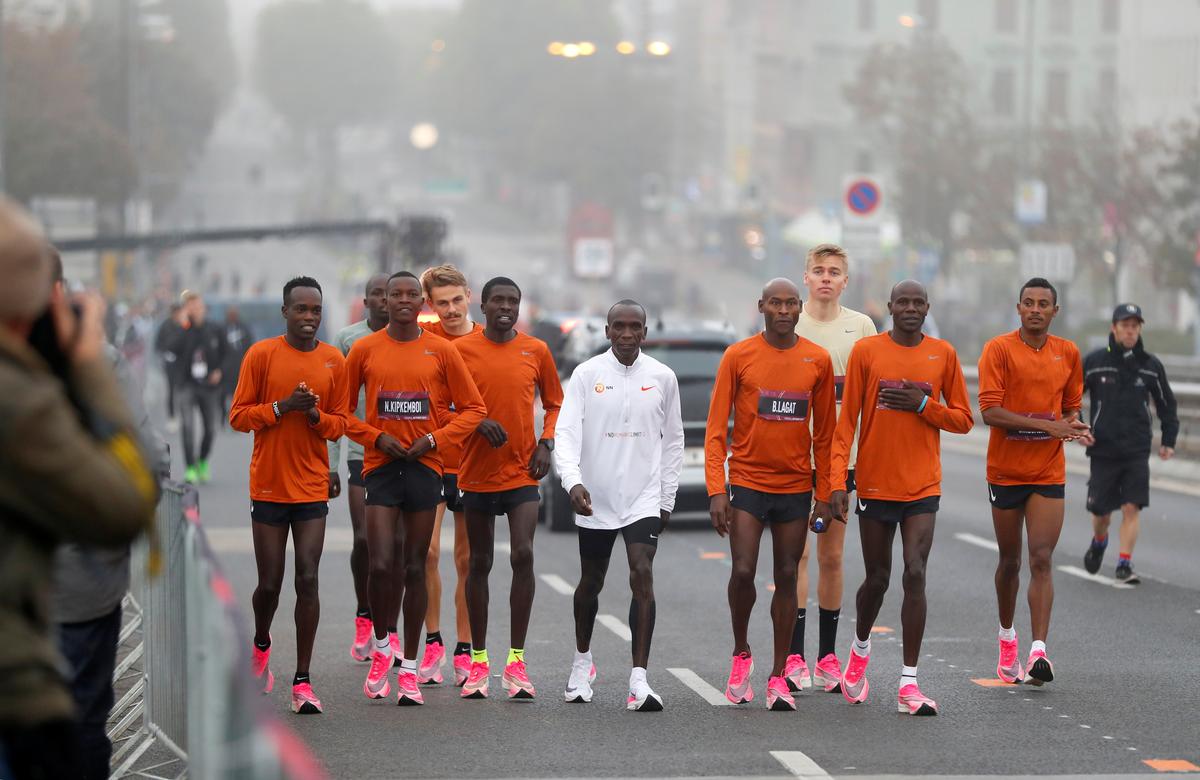 Kenya’s Eliud Kipchoge, the marathon world record holder, arrives with pacemakers for the start of his attempt to run a marathon in under two hours in Vienna, Austria, October 12, 2019. REUTERS/Leonhard Foeger

VIENNA – Kenyan Eliud Kipchoge was on target in his bid to run an unofficial sub-two hour marathon as he completed the first half of his attempt at Vienna’s Prater Park on Saturday.

The 34-year-old marathon world record holder completed the first 21 kilometers in 59.35 minutes, 11 seconds under the two-hour pace. However, there were a few spots of rain which had not been expected and which could hamper his attempt.

Kipchoge was being guided by rotating seven-man teams of pacemakers, many themselves world class runners, and by an electric pacecar showed the ideal pace the and the position the they should be running.

The sport’s governing body, the IAAF, will not recognize the run as an official record because it is not in open competition and it uses in and out pacemakers.

Kipchoge, the reigning Olympic champion who set an official world record of 2:01.39 at the Berlin marathon in September last year, missed out by 26 seconds when he previously attempted to break the two-hour barrier in Monza in May 2017.

Prepare to study in Canada
Study permit: Who can apply
Alberta To Give PNP Preference To Immigrants With Family In Province
British Columbia PNP Draws: Province Issues At Least 273 Canada Immigration Invitations
Express Entry Now Allows Estheticians To Immigrate To Canada
Here Are The Top 15 Jobs In Canada For 2023
Canada Governments Urged To Encourage Immigration To Smaller Communities