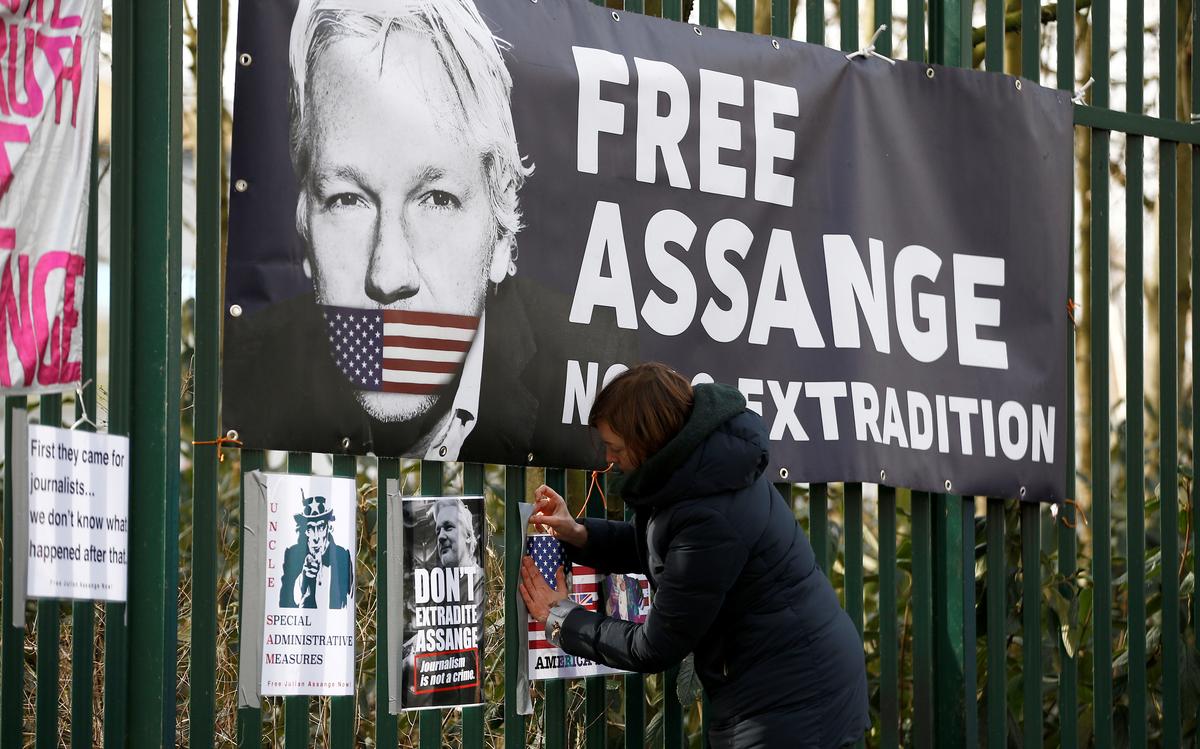 FILE PHOTO: A supporter of WikiLeaks founder Julian Assange posts a sign on the Woolwich Crown Court fence, ahead of a hearing to decide whether Assange should be extradited to the United States, in London, Britain February 25, 2020. REUTERS/Henry Nicholls/File Photo

LONDON (Reuters) – WikiLeaks founder Julian Assange fathered two children with a lawyer who was representing him while he was holed up in the Ecuadorian embassy in London fighting extradition, the lawyer told a British newspaper on Sunday.

The Mail on Sunday said 37-year-old South African lawyer Stella Morris has been engaged to Assange since 2017. The couple have two sons, aged 1 and 2, both conceived while Assange was in the embassy and kept secret from media covering his case and intelligence agencies monitoring his activity, the paper said.

It showed pictures of Assange with a baby, identified as the older son, who it said had been smuggled into the embassy to meet him. Both of the children are British citizens, it said. Assange had watched the births on a video link.

The Australian-born Assange was dragged out of the embassy last year after a seven-year standoff, and is now jailed in Britain fighting extradition to the United States on computer hacking and espionage charges. His supporters say the U.S. case against him is political and he cannot receive a fair trial.

Morris said she had chosen to speak out now because she was worried about his susceptibility to the coronavirus in jail.

“I love Julian deeply and I am looking forward to marrying him,” the paper quoted her as saying.

“Over the past five years I have discovered that love makes the most intolerable circumstances seem bearable but this is different – I am now terrified I will not see him alive again.”