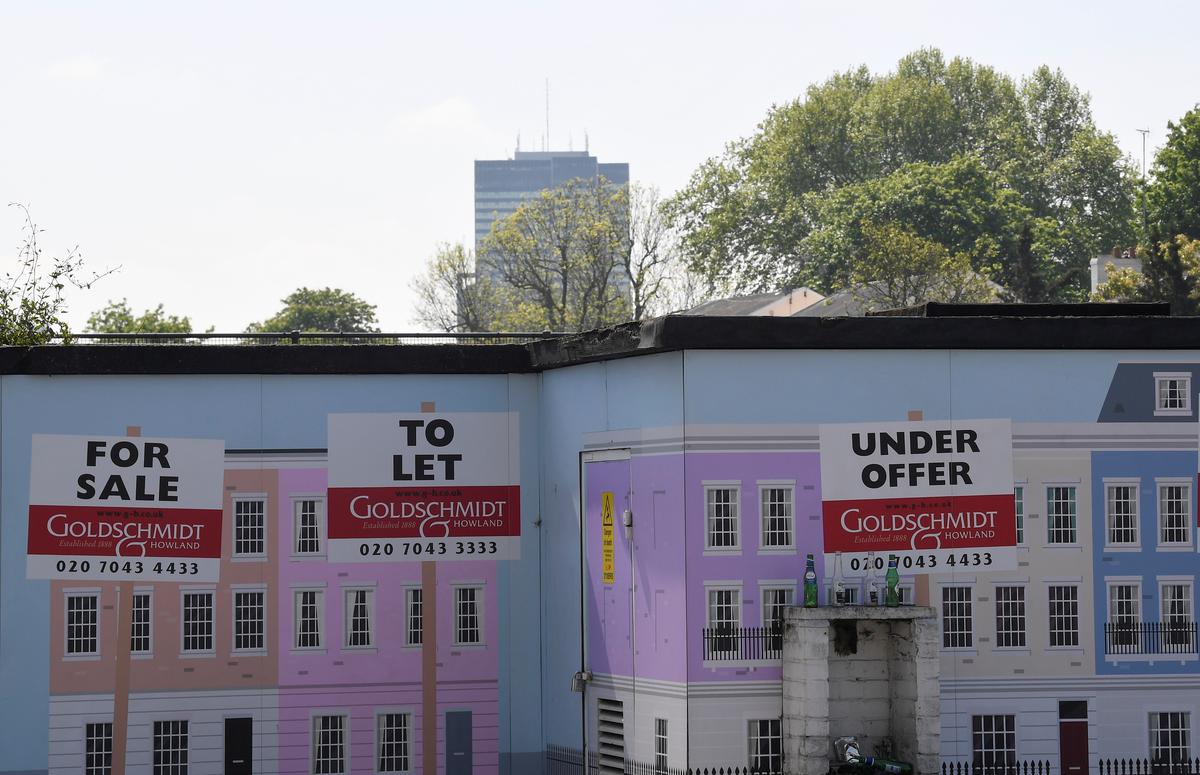 FILE PHOTO: An estate agent property advertisement is seen painted on a wall in London, Britain, May 15, 2019. REUTERS/Toby Melville/File Photo

LONDON (Reuters) – Asking prices for British houses fell this month by the smallest amount for any December since 2006, a survey showed on Monday, pointing to some upside for a housing market subdued by Brexit and election uncertainty.

Rightmove said asking prices, which are not seasonally adjusted, fell by 0.9% on a monthly basis after a bigger-than-normal 1.3% drop in November.

The figures follow British Prime Minister Boris Johnson’s landslide victory in a national election last week in which he won a majority in parliament that surpassed the expectations of most analysts and investors.

“With much of the political uncertainty removed, we expect that the number of properties for sale will recover as more new sellers come to market, making up some of this year’s lost ground,” Rightmove director Miles Shipside said.

Rightmove forecasts a 2% rise in asking prices in 2020.