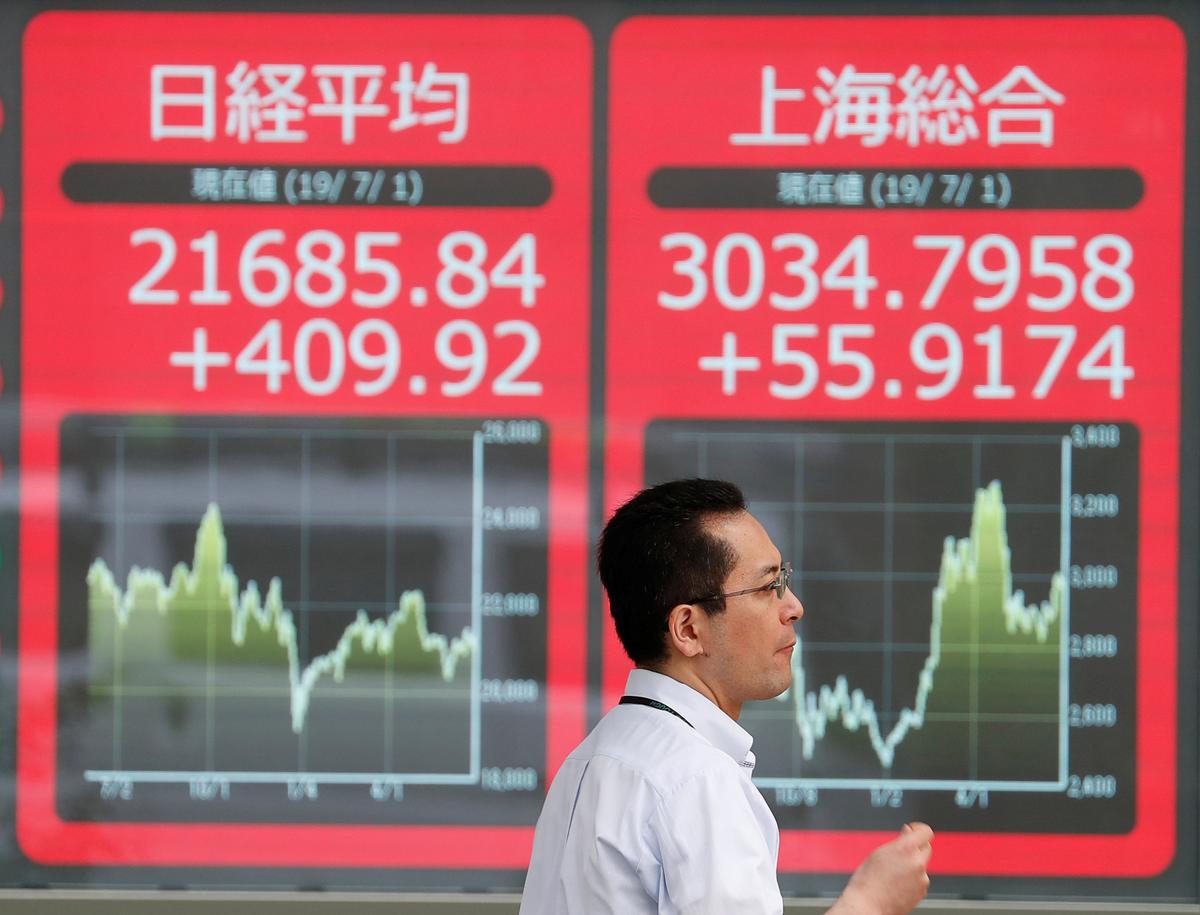 MSCI’s broadest index of Asia-Pacific shares outside Japan .MIAPJ0000PUS fell 1.01% to the lowest in more than a week. Hong Kong shares .HSI slumped 1.8% to a two-week low, battered by fears that anti-government protests appear to be spiraling out of control.

The dollar drifted in Asia after U.S. President Donald Trump said a trade deal was “close” but gave no new details on when or where an agreement would be signed, disappointing investors in what was billed as a major speech on his administration’s economic policies.

Trump also rattled some investors by threatening China with even more tariffs if they do not sign a deal.

Oil prices fell as diminishing prospects for an immediate resolution to a 16-month long trade war between the world’s two-largest economies suggested less demand for energy in the future.

Expectations for a “phase one” trade deal some time this month have been a key factor supporting stocks and riskier assets recently. However, the lack of material progress on an agreement has only increased doubts about whether a trade deal will take place at all.

“Markets are now expecting substantial progress in the next week or so, and if not, then confidence could crumble. There are diverging interpretations of Trump’s comments. I tend to go with commodities like oil and copper because they are plugged in to global demand, so their fall is significant.”

U.S. stock futures ESc1 fell 0.27% in Asia after the S&P 500 .SPX eked out a 0.16% gain on Tuesday. The S&P 500 and Nasdaq hit all-time peaks during trading on Tuesday but stocks ended off session highs after Trump’s speech.

Washington and Beijing have imposed tariffs on each other’s goods in a bitter dispute over Chinese trade practices that the Trump administration says are unfair.

The standoff has roiled global financial markets and raised the risk of recession for some economies as global trade slows.

In recent weeks, both sides have indicated they were making progress toward an agreement that would potentially scale back some tariffs, but a lack of additional information is starting to unsettle some investors in equities and other riskier assets.

In a reminder of the potential for further friction, Trump said on Tuesday he would raise tariffs on Chinese goods “very substantially” if China does not agree a deal. “And that’s going to be true for other countries that mistreat us too,” he added.

Hong Kong stocks .HSI slumped as protesters planned to paralyze parts of the Asian financial hub for a third day, with transport, schools and many businesses closing after violence escalated across the city.

Protesters and police battled through the night at university campuses and other locations only hours after police Senior Superintendent Kwong Wing-cheung said the Chinese-ruled city had been pushed to the “brink of a total breakdown”.

The former British colony has been rocked by nearly five months of protest against Chinese rule, and there is growing concern that the chances of a crackdown by Beijing are rising.

In currencies, the dollar was just a shade lower at 108.99 yen JPY=EBS, pulling away slightly from a five-month high reached no Nov. 7.

The New Zealand dollar NZD=D3 surged by more than 1% to $0.6410 after the Reserve Bank of New Zealand unexpectedly left interest rates on hold at 1%.

The yield on benchmark 10-year Treasury notes US10YT=RR rose slightly to 1.9225% but is likely to move in a narrow range before data due later Wednesday that is forecast to show U.S. consumer prices accelerated slightly in October.